Right in the center of the Peninsula, Umbria is a region rich in nature, reason why it is known as the "green heart of Italy". Despite being one of the smallest regions of the country, it is one of the most attractive for its medieval towns, full of charm and history, where ancient traditions such as tournaments and parades in period costumes, are still in use, especially in the summer. Among the most popular are the Palio di San Rufino (Renaissance) in Assisi and the Palio della Balestra (medieval tournament) in Gubbio.

The lush greenery, the grand spectacle of water of Marmore Falls, the Lake Trasimeno surrounded by magnificent castles, and tasty local products such as black truffles, pork meat and cheese, are other excellent reasons to visit this fascinating region. You will be amazed to discover this hidden gem.

A dip in the Middle Ages

Beautifully preserved with its Roman theater outside the walls, Gubbio is located in the north of Umbria and is one of the oldest cities of this region. It is renowned for its thriving pottery production, which started in the fourteenth century. The old town still retains its medieval structure with some of the main streets crossed by stairways and beautiful small squares. In the Piazza Quaranta Martiri stands the Gothic church of S. Francesco, built in the thirteenth century. Walk through via Piccardi and you reach Piazza Grande where you can admire stunning views of the city with its characteristic roofs. 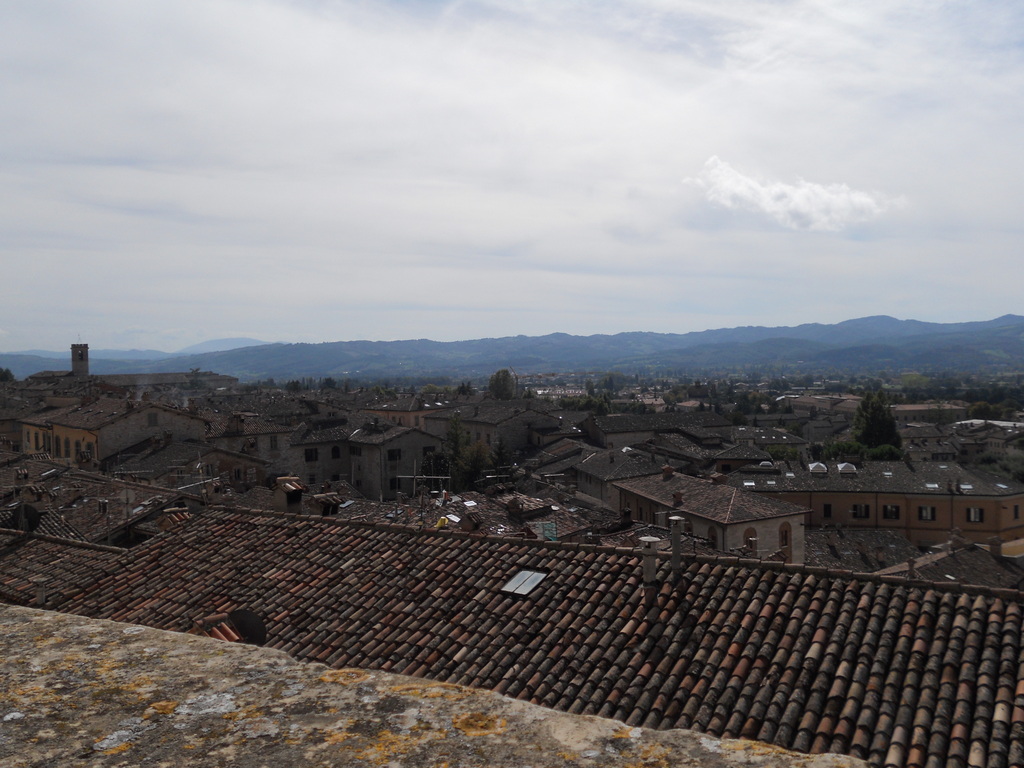 The Palazzo dei Consoli is another magnificent building of the Middle Ages, with beautiful marble inlays and an ancient tower. Inside the building there is also a museum and an art gallery with Roman statues and sarcophagi. On Via Savelli della Porta is the small church of S. Francesco della Pace and an old legend tells that in that place, before the church was built, St. Francis tamed a wolf. Strolling through these places full of history and charm you will feel catapulted into the past.

Following the trail of St. Francis

Keep going 32 miles to the south and you'll reach Assisi. This is perhaps the most famous city in Umbria, well known for the religious cult of St. Francis and St. Clare. The historic centre is small and easy to explore on foot – it is a real pleasure to walk among the typical stone houses, the craft shops, the small boutiques where you can buy souvenirs like handmade pottery, paintings, needlework and reproductions of medieval weapons and tools. There are many old churches in Assisi and the most famous of them all is the Basilica of St. Francis which was completed in 1253. Inside the basilica you can admire paintings by numerous artists of the late Middle Ages, from the Roman and Tuscan schools, including Cimabue, Giotto, Simone Martini, Pietro Lorenzetti.

S. Francesco is definitely the most popular church in the city but certainly not the only one: the cathedral of St. Rufino and Basilica of Santa Chiara are also worth a visit. Walking from Piazza San Rufino trough via di Porta and via di Perlici take the time to walk up to the top of the hill above Assisi and explore the magnificent castle, Rocca Maggiore, once the home of King Frederick II. The amazing view above the city and the Umbrian countryside that you will enjoy from the Rocca will take your breath away. 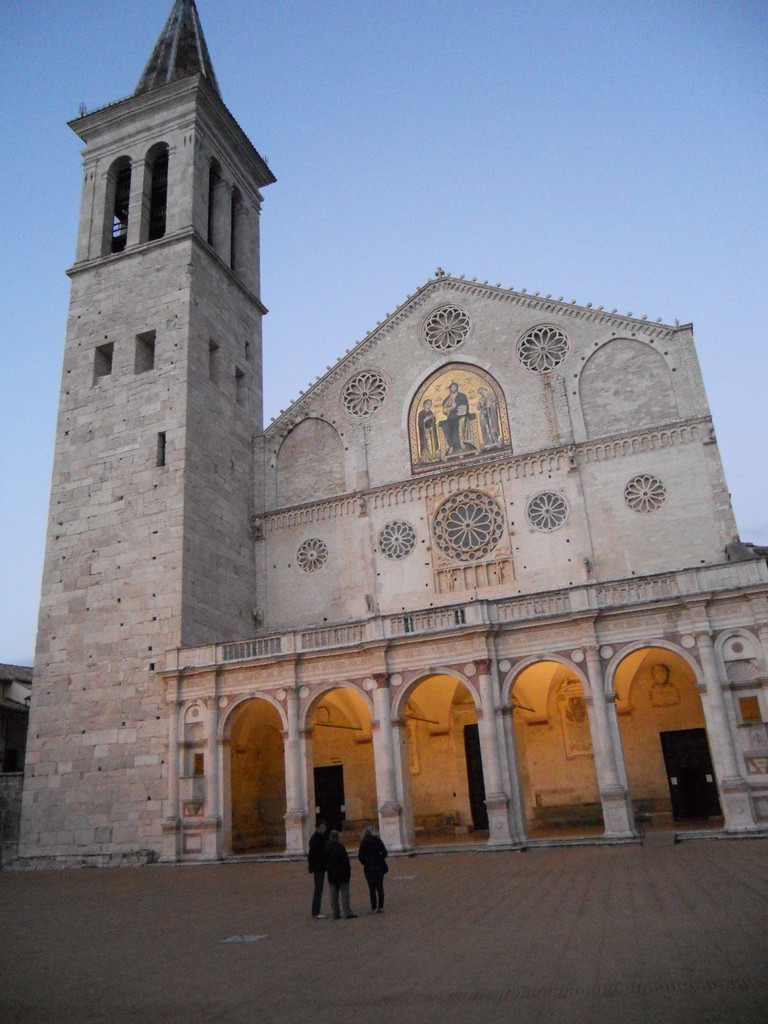 Spoleto is another medieval town in Umbria worth a visit, with its magical atmosphere made ​​of quaint alleyways, romantic arcades and old palaces. You can also visit the Roman amphitheater where, during the summer season, are staged plays and performances of classical music and opera. The most important event for this city is the Spoleto Festival dei 2Mondi (Festival of the Two Worlds), founded in 1958 by Gian Carlo Menotti. The festival, which takes place towards the end of June, owes its name to the intention of the founders to create a match point between the Italian and American cultures. Over the years, the events has developed into one of the most important cultural events in Italy, with a three-week program of music, theater and dance performances. Spoleto and Charleston (South Carolina), have a long shared history with a partnership that was formalized in 1983 when when they became sister cities. Charleston, with its history and its natural and artistic beauty is a center of excellence for the arts. With these attributes, Charleston has a natural connection with its sister city, Spoleto. For this reason, in 1977 Ciro Menotti founded a parallel Festival, the Spoleto Festival USA, to create an American counterpart to the annual Festival dei 2Mondi of Spoleto.

Scent of a truffle

Very close to Spoleto is the charming town of Norcia, famous for its truffles. Here the art of cooking is something special, and local products are, in themselves, enough to visit this gastronomic paradise. In addition to the black and white truffle is a wide variety of cheeses such as pecorino and caciotta, and a great quality of pork meat. And Norcia has also beautiful architecture, such as the basilica of S. Benedetto with its elegant façade and Gothic and Roman ruins inside.

Finally Umbria is not only history, culture and gastronomy. As if all this were not enough, the green heart of Italy has a lush and spectacular nature to offer visitors. In the south of the region, near the city of Terni, set in a verdant landscape, lie the magnificent waterfalls Le Marmore, among the highest in Europe.

This wonderful spectacle of nature was especially visited in the eighteenth century by travelers on the Grand Tour on their way to Rome, as an important stop over of their cultural journey.

Visit and explore Umbria will leave you with unforgettable memories. Despite being off the beaten path of tourists visiting the Bel Paese, this region has much to offer and won't fail to amaze you. As often happens, the less known destinations in Italy are true hidden gems that deserve to be discovered and enjoyed.

At Palazzo Monte Frumentario more than 60 works, including sculptures and paintings of the famous Italian artist. Ongoing through January 6, 2014.

From December 28 to January 1, the winter session of Umbria Jazz fills with quality music the historic city center.

Spello: 4th Festival of Christmas carrols, medieval and traditional music, and of bagpipes

From December 28 to January 6, all the music of Christmas in the historic town of Spello.

Through April 6 at the Palazzo della Penna-Centre for Contemporary Culture, Stories that make a story, a photo exhibition.

Gualdo Tadino: Lift of the May pole

On April 30 and May 1, in San Pellegrino, a hamlet in the charming town of Gualdo Tadino, there is a traditional festival which has as its protagonist a trunk of poplar: the farmer that allows the cutting of a tree on his land will have a lucky year. After being cleaned of the bark, the trunk is raised and the tree, named May, is held in a vertical position in the middle of the square of the hamlet until June.

From June 28 to July 14, the Festival dei 2Mondi brings to Spoleto art, theater, music and entertainment.

From July 11th to the 20th, for the fourteenth year, returns to Perugia the international music festival created by orchestra leader, Walter Attanasio. Music events and shows, not only jazz but many other genres, with performances including internationally renowned artists.

The most popular international event in Perugia now in its twenty-first edition. Visitors from all over Italy go to the event to enjoy over 6,000 different types of craft chocolate. The event takes place in the historic center of Perugia, October 17 to 26.

Truffles and other delicacies in the medieval town of Gubbio, at the end of October. 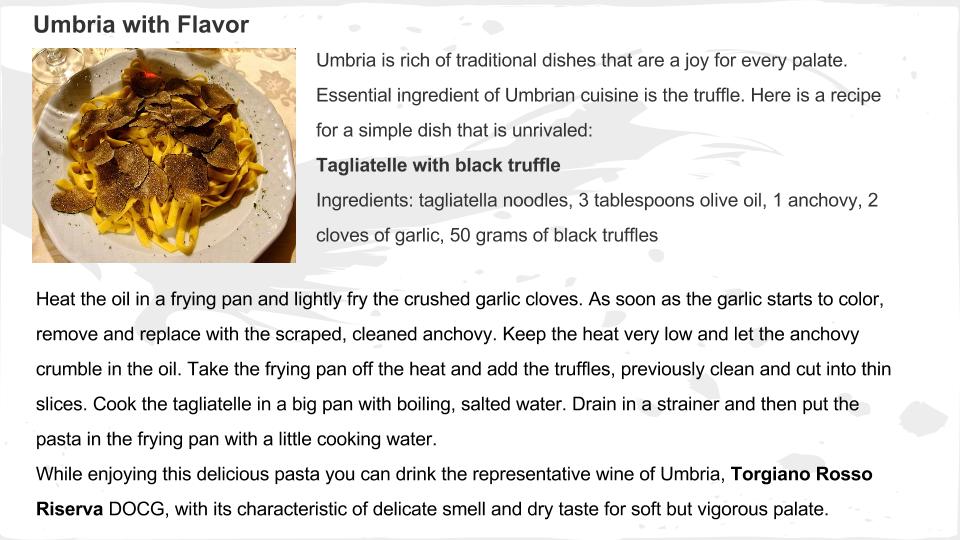 Travel Itinerary / At the foot of the most beautiful buildings in the world: a trip to the Dolomites