The Unexpected Passing of Francesco Durante, Cultural Broker for Italy-America

The Neapolitan journalist, essayist, translator and literary historian author of "Italoamericana I and II", a giant of the Italian American Studies

A most adroit literary historian and a brilliant editor, Francesco introduced the most important of American writers of Italian descent to the Italian public. John Fante and Don DeLillo are just two of the names that come to mind. Indeed, his Meridiani edition of John Fante’s works, a book series reserved for the “Classics,” was a major achievement in the ever-growing dialogue between Italy and the United States, and with particular regard to Italian Americans. 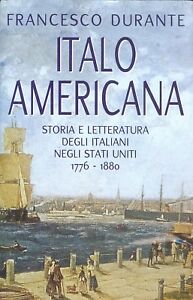 Of all of his scholarly and editorial achievements — from literary history and criticism to translations of numerous American writers into Italian — the two volumes, Italoamericana I and II, stand out as the colossal monuments they are to the culture of Italians in the United States. Close to 900 pages each, these two books document like no other, the cultural history of Italians in the United States from 1776 to 1943.

If the dialogue between Italy, and Italian America especially, is as strong as it is, it is due in great part to the indefatigable literary and editorial work  of Francesco Durante over the past three decades-plus.  The debt we owe to him in this regard is insurmountable.

We share with you two articles from today’s Italian newspapers, one of which has a photo that is testimony to his gregarious personality: Corriere del Mezzogiorno and il Mattino.

He shall be dearly missed!