The Entrepreneurship in Northeast Italy: Its Mantra Is “Knows-How-To-Do”

The flagship of Italian entrepreneurship, it rests on realism and two supporting columns: family business and professional schools

How many communities in the world can boast testimonials of this mastery that have the names of Ferrari, Lamborghini, Maserati, Ducati, to mention the most famous brands in the automotive industry? Besides, behind the brands are the districts of KHTD. Their long list, of which we present here only a short excerpt, is the centrepiece of ‘northeastern’ entrepreneurial history.

•Packaging machines and motorcycles of Bologna

•Motor Valley between Modena and Bologna

•Machines for the food industry of Parma

•Eyewear from Belluno (with Luxottica as leader)

Resumed by Corriere del Veneto, the photograph of the KHTD export arouses admiration and amazement. 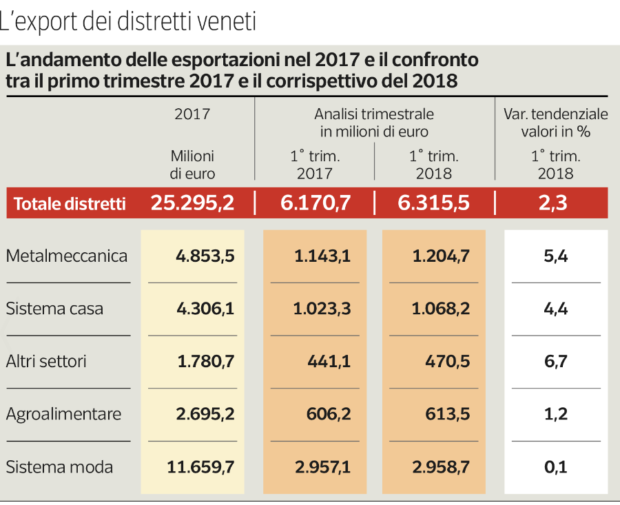 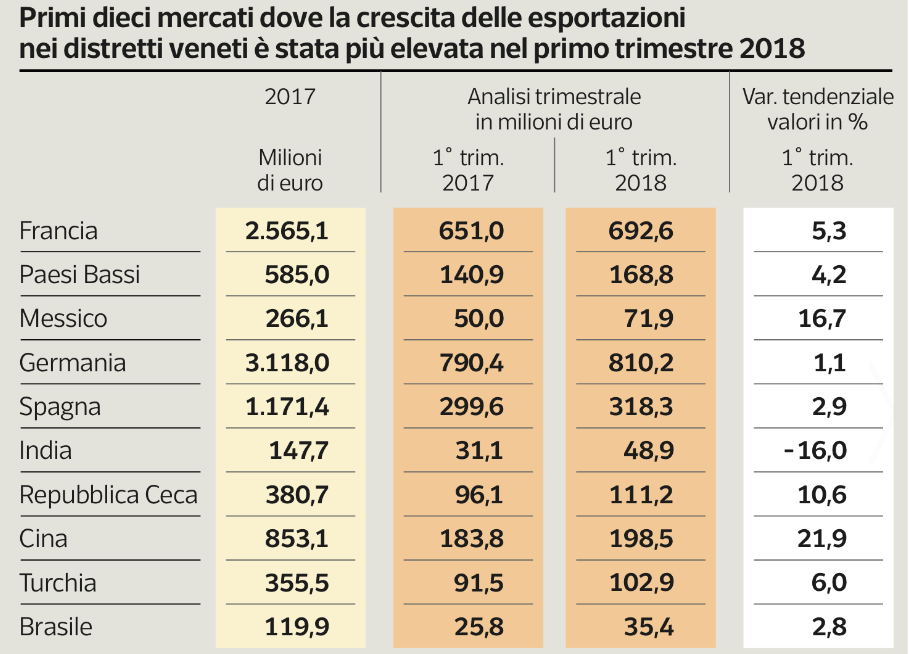 KHTD rests on two supporting columns whose construction dates back prior to the “Italian economic miracle” between the fifties and sixties of the twentieth century. The one is the column of the family business founded by workers and technicians, the representative class of that knowledge. The other is the column of professional and technical schools, the educational cradle of those founders. The interaction between businesses and schools, both centred on technical culture, has produced so much tacit and implicit knowledge in which anecdotes, stories, suggestions, intuitions, feelings and individual points of view have mingled with manual skill and willingness ‘to grease the elbows’ with the oil of the machines. This is how, in Bologna, the worker Bruto Carpigiani, learning with mind and body, through direct experience, trial, and error, ushers in the prosperous age of Bolognese packaging machines, designing and building the first machine for the automatic packaging of Idrolitina, a powder to add sparkle to drinking water.

The tradition of the family business has such profound and permeating roots as to give it genetic characteristics; so that being an entrepreneur is a status whose title passes from the founder to his immediate successor and from these along the different branches of the bloodline. The two codes of KHTD and the hereditary succession of the entrepreneur’s title are bonded together in the ethics of stability. Innovation is accepted if and to what extent it contributes to the exploitation of what is already successfully produced and marketed. Realism is, therefore, the dominant artistic current in the art of entrepreneurship practiced in the Northeast.

Realists represent work scenes and images of everyday business life. They are incremental innovators who value innovation but are not enthusiastic about it per se, believing that the ethics of stability is the polar star to rely on. They recognize that it’ s necessary to keep pace with changes and balance the disadvantages of innovation with the advantages that are achieved with continuous improvement, winning market shares quarter after quarter. In their cultural we can find received wisdom, rooted beliefs, mechanical learning, strict causality, and risk assessment (among whose unintentional consequences there is the insistence on continually improving things that will be obsolete, as in the case of analogue photography swept away by digital photos and then tried with Kodak to return to fashion on the wave of vintage). Furthermore, complicated problems that are nodes to be untied following the rules dictated by the hierarchical structure that commands and controls employees.

Incrementalists are rich in money but poor in time. Often, soft bigotry permeates their whose non-aggressive attitude. By doing what is necessary to safeguard the continuity of the original vocations, they are experts in the warping of assonances, practicing the art of making predictions – a technique that is all the harder, the further the temporal horizon. By making forecasts, they think of enriching the baggage of knowledge. However, the prediction based on ‘tendentialism’ (as to say a tendency not meant to continue) is a light that, while corroborating one’s point of view, can deceive, inducing to look at where it spreads out quickly, without however there being innovation that changes the world. It is by wearing such a cultural habit that the priests of incrementalism calculate time according to financial considerations mirroring the expected return on investment. The underlying assumption of their calculations is the prejudices that losses do more harm than profits of the same magnitude bring benefits. Not to say that – as he warns the ‘investment innovator’ John Maynard Keynes – “worldly wisdom teaches that it is better for reputation to fail conventionally than to succeed unconventionally.”

Sheridan Tatsuno, California’s serial entrepreneur, reminds us that “In Silicon Valley, we call incrementalists farm workers (who work day-to-day picking the low-hanging fruit, i.e., Wall Street’s quarterly traders), while visionaries are the ‘growers’ with a long-term vision about a new future.  They dig, weed, plant, water, and nurture their crops, often ridiculed by incrementalists for years, before they can reap the benefits. However, as Steve Jobs said, they end up changing the world and owning the field”.

During the seventies and eighties of the last century, the incrementalists were watching in the forest the already tall and ever more luxuriant trees of the Japanese economic miracle. At the same time, in their garages the unknown Jobs and Wozniak (Apple), Bill Gates (Microsoft), Michael Dell (Dell Technologies), Larry Ellison (Oracle), and others were going assembling seeds of new and original plants the incrementalists would initially denigrate with the nickname of ‘toys for boys’.

What future is in sight on the horizon of the stability ethic? Is the rise of the entrepreneurial Northeast a resistible one? What will become of the family business that is mutating into a management company, despite the title inherited from its founder? Does the KHTD energy not enriched by Knowing-How-To-Think, Imagine and Understand run out? These questions will be discussed in due time as we look through the book of the art of entrepreneurship.