Thinking of a scale economy in a world scourged by a pandemic is risky. The scale will fail if we put quantity ahead of quality

In early 2020, humanity has lost its way. The World Bank, in its Global Economic Prospects report, made the following statement:

“Covid-19 is the most adverse peacetime shock to the global economy in a century. This is forecast to be the fourth-worst global recession since 1871. Never since 1871 has such a high proportion of economies [over 90%] been in recession”.

Under the attack of the invisible killer Covid-19, the trailblazers who create new paths along which our material life travels exhibited a variety of scenarios. The V-shaped scenario shows the economy heading back to the growth path before the virus attack and then, perhaps, taking another path that can be traveled at an even faster pace. Laurence Boone, Chief Economist of the OECD, in the June 2020 Economic Outlook, raised substantial doubt about this vision, stating that “Most people see a V-shaped recovery, but we think it is going to stop halfway. By the end of 2021, the loss of income exceeds that of any previous recession over the last 100 years outside wartime, with dire and long-lasting consequences for people, firms and governments”.

In the U-shaped scenario, the previous speed is resumed but the gap to be filled remains wide. This means a once for all economic loss. In the L-shaped scenario, the loss of productive activity is continuously increasing because it slows down the pace of growth of the economy. Michael Spence, Nobel Prize winner in 2001, and Chen Long (2020) have designed a scenario involving an S-shaped recovery. The acceleration would be slow but steady.

However, close to pre-pandemic production levels, the sectors that will face the hardest difficulties in returning to their trend due to persistent social distancing would decelerate the pace of recovery. Reported by the economist Nouriel Roubini (2020), the fifth scenario, I-shaped, is a vertical line outlining the real economy and financial markets in a free-fall. In the Financial Times of June 10, 2020, economist Peter Atwater designed a K-shaped path, with the gap widening. On the one hand, a rebound of confidence between most of the world’s largest companies, the rich and people working at home; on the other, conditions further worsened for small businesses, the working class and many workers in essential roles.

To take a completely different course of action, we would have to bring down economic growth from the scale. By stepping on it, economic growth watches its weight increase. All right. What matters is quantity. After the pandemic outburst, a V-shaped recovery is a quick climb. At the end of July 2020, updating the March forecast, Nouriel Roubini (2020) wrote: “After falling by 30-40% at the beginning of the pandemic, many equity markets have recovered most of their losses, owing to the massive fiscal-policy response and hopes for an imminent COVID-19 vaccine.

Climbing: from the Latin scandĕre, from which ‘scale’. ‘The scale’ has obsessed economists. To increase the scale of production–i.e. to enlarge the size of the enterprise–the production unit or the plant, involves the reduction of the average unit cost of the product, an unmissable economic advantage.  The ‘scale principle’ is eternal and universal. 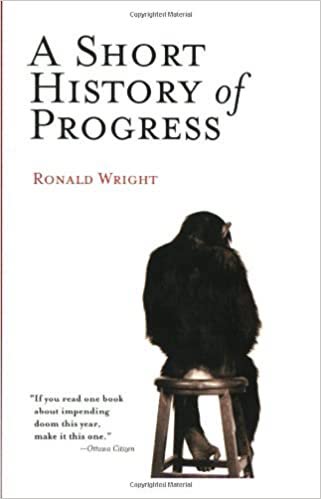 In the Paleolitic Age, Ronald Wright (2004) observes, killing two mammoths instead of one was considered progress; progress so notable that it was excessive and, therefore, harmful because the hunters ended up starving to death. Much later in time, with the succession of waves of industrialization, that principle extended from industry to services and agriculture. Today, industrial farms devote themselves to a single crop covering thousands of acres.

Donna Kilpatrick (2020) who chairs Heifer Ranch, a U.S. agricultural training facility, has made a regenerative proposal for agriculture: “ By diversifying crops, farmers can better withstand crises and protect and promote healthy agricultural ecosystems”.

By the scale, we want to ascend to the realm of quantity, to everything that susceptible to increase or decrease can be measured. From the scale, however, we fall if we neglect quality that is not a byword for luxury, but the well-being of man and nature.