upgrades and enhancement of public buildings, alongside the construction of brand new residential properties, as part of the City’s “sustainability” and “affordable housing” campaigns.

The recent removal of a group of stone horses – i.e. a series of well-known public art pieces created by Sardinia-born Costantino Nivola – might be part of the scenario I’m describing here.

The abrupt removal of the statues from their urban meadow stretching from 90 to 91st Street, between Amsterdam and Columbus Avenues, was rough and approximate, and resulted in some considerable breakage in the base-legs.

It is hard to understand how this could possibly happen in the middle of a densely populated street in proximity of private and public schools and residential buildings.

It is also hard to accept by those who like me, feel part of the community and often walk by the Wise Towers complex just to admire those forgotten masterpieces made and donated by our own “Tino” Nivola.

The gentrification process of many neighborhoods in the metropolitan area of New York City has been going on for quite some time and many – including Manhattan Borough President Gale Brewer –  have raised their concerns and have openly advocated the involvement of foundations and not-for-profit organizations. 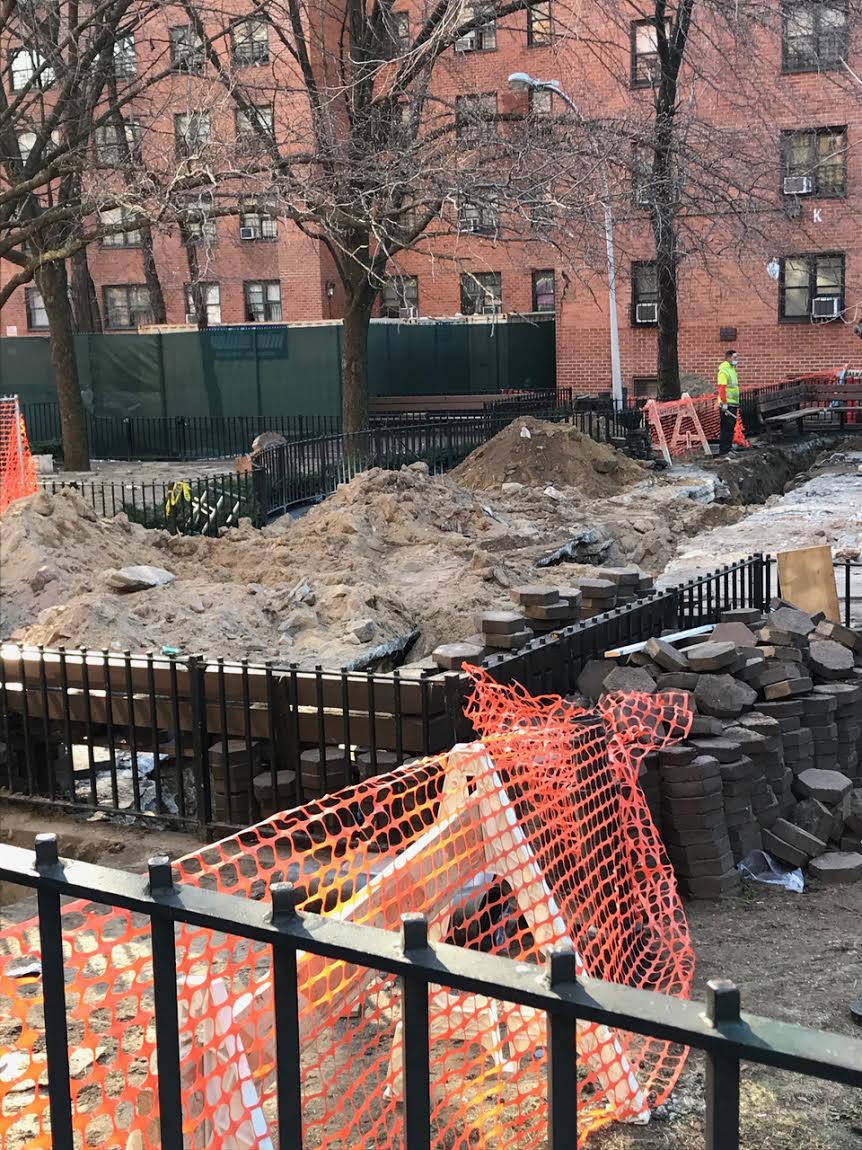 Yet it was upsetting and surprising at the same time to see the ease with which works were authorized and carried out in no time at all.

In the past, only residents’ associations and schools’ PTA’s were able to stop or postpone works, if assessed as threatening for the environment and labor.

This time, the closure of many public buildings – following the 2-case-rule – facilitated the whole process. We are now left with a few questions. First of all, we don’t know exactly where the statues are being stored.

Secondly, concerns have been raised about the presumed plans and future re-configuration of the statues since no renderings have been publicly released.

We are aware that talks among the Fondazione Museo Nivola, Carl Stein and the City authorities have started recently.

We have therefore started this petition to voice our concerns about the work which is going on at the Wise Towers complex, and which we fear may result in a reconfiguration of the statues that might be different from Nivola’s original plan.

We are asking all neighboring communities, State and City associations, agencies, artists’ and residents’ groups, public and private schools–particularly those located on the Upper West Side–to join in and support our request for transparency and regular updates from the authorities.