“Nivola in New York - Figure in Field”, the exhibit on the Sardinian artist who came to NYC in 1938 fleeing from Fascist repression. 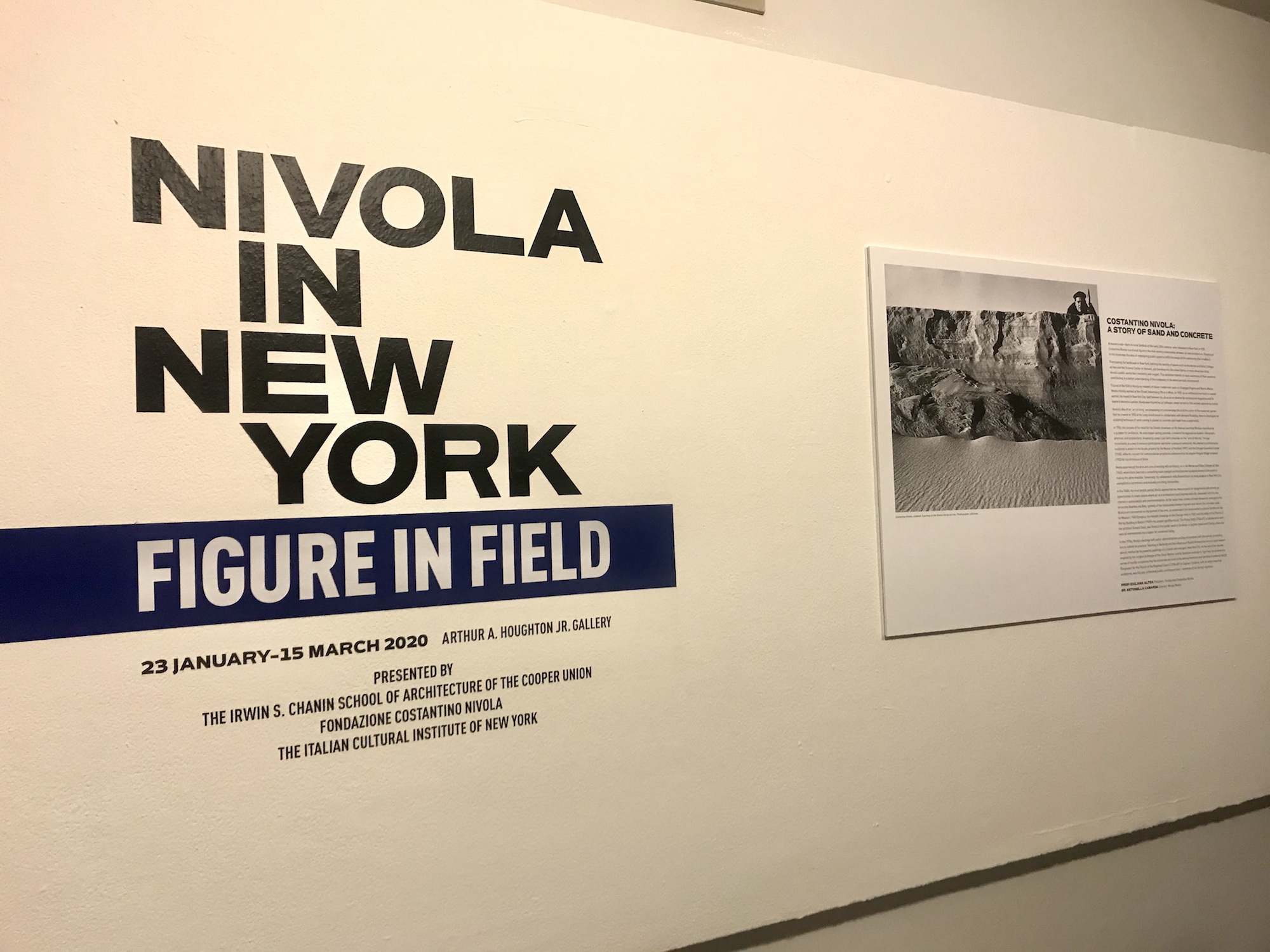 If New York is an open-air work of art, we must also thank Costantino Nivola.

An Italian of Sardinian origins, he was a master sculptor of the twentieth century. His works – 21 just in the Big Apple – are scattered throughout the city: from the Bronx to Queens, from Manhattan to Brooklyn and to Staten Island. From January 23 to March 15,  2020, some of them will be on display at Cooper Union, in the Arthur A. Houghton Jr. Gallery in “Nivola in New York – Figure in Field”, the first exhibition to tell the story of the projects created by the artist in New York. This was made possible thanks to the collaboration between the Irwin S. Chanin School of Architecture, the Costantino Nivola Foundation and the Italian Cultural Institute.

Born in Orani, a small village in the province of Nuoro, Nivola learned part of his art as a sculptor from his father, who was a bricklayer. After his studies, in 1937, he became the director of the graphic office of Olivetti, for which he created the decorations of the Italian pavilion at the Universal Exposition of Paris (Exposition Internationale des Arts et Techniques dans la Vie Moderne). In 1938 he married Ruth Guggenheim, a German classmate of Jewish origin, and for this reason he was forced by anti-Semitic persecutions to leave Italy, taking refuge first in Paris, where he worked as a draftsman, and then in New York, where he found the ideal place to realize his art. Here began his close collaboration with many representatives of the artistic avant-garde of the moment, in particular with the great architect Le Corbusier, with whom he shares study and stylistic choices.

“Nivola was a disciple of Le Corbusier”, explains Giuliana Altea, president of the Costantino Nivola Foundation. “He believed in the synthesis of the arts, in the collaboration between the artist and the architect”. A collaboration lasting more than 40 years contained in 62 projects, four of which exhibited in the exhibition. “After the success of his great relief for the Olivetti showroom in New York, in 1954 Nivola achieved international fame as a sculptor for architects and began working with important figures such as Josep Lluís Sert, Marcel Breuer and Eero Saarinen”.

The common thread that binds all his works is the idea that art should be accessible to everyone. “This is why his works are designed for public and municipal spaces,” explains Antonella Camarda, director of the Nivola Museum. “It is no coincidence that fifteen of his projects are designed for public schools. Precisely for the importance that Nivola has attributed to the role of art in everyday life “.

“Nivola is an example of how the practices of artists and architects are inexorably linked,” says Nader Tehrani, principal of the Irwin S. Chanin School of Architecture. “This exhibition is a unique opportunity to shed light on a master of the mid-20th century and to show everyone how his creative process has managed to change the panorama of our city”.

PICTURE OF THE SHOWROOM   This is Nivola’s first public commission for the Olivetti showroom. This is 1954. For the interior of the Olivetti store on Fifth Avenue the artist creates a relief 4 meters high by 23 meters long. The work is created using a new technique: sand casting, that is, creating a cast made through a matrix of sand into which plaster or cement is poured. The large female figure, which includes the stylized images of a man and a woman in her womb, is a personification of Nature. The arms shaped like wings, open in a gesture of welcome, are in Nivola’s art a recurring attribute of femininity: “I saw in the woman, declared the sculptor, “a being that looks a bit like birds … these beautiful birds that you can never catch”.

STEPHEN WISE RECREATION AREA  – HORSE   This relief is part of the public square created in 1962 between two residential blocks on the Upper West Side and includes a fountain, a group of reinforced concrete horse sculptures, a bas-relief and a mural that define specific areas dedicated to relaxation.

75 Years After Auschwitz, Israel and Russia Unite in Remembering the Holocaust