75 Years After Auschwitz, Israel and Russia Unite in Remembering the Holocaust

Photo exhibit at the UN documenting the liberation of Auschwitz-Birkenau. For Guterres, Nazism could re-emerge “sometimes openly, sometimes in disguise.”

On Tuesday the Secretary General of the United Nations Antonio Guterres reminded his audience that seventy-five years ago, when the Soviet soldiers entered the concentration camp of Auschwitz in Poland, they were “shocked into silence” by what they saw.

While the Nazis attempted to hide proof of their mass murders, “millions of clothing items and tons of hair told their own appalling story”, stated Guterres when opening the exhibition at the UN Headquarters in New York that marked the 75th anniversary of the liberation of Auschwitz-Birkenau.

The end of the Holocaust was signified by the closing of these camps, but it was only the beginning of the efforts to guarantee that such crimes would never happen again. 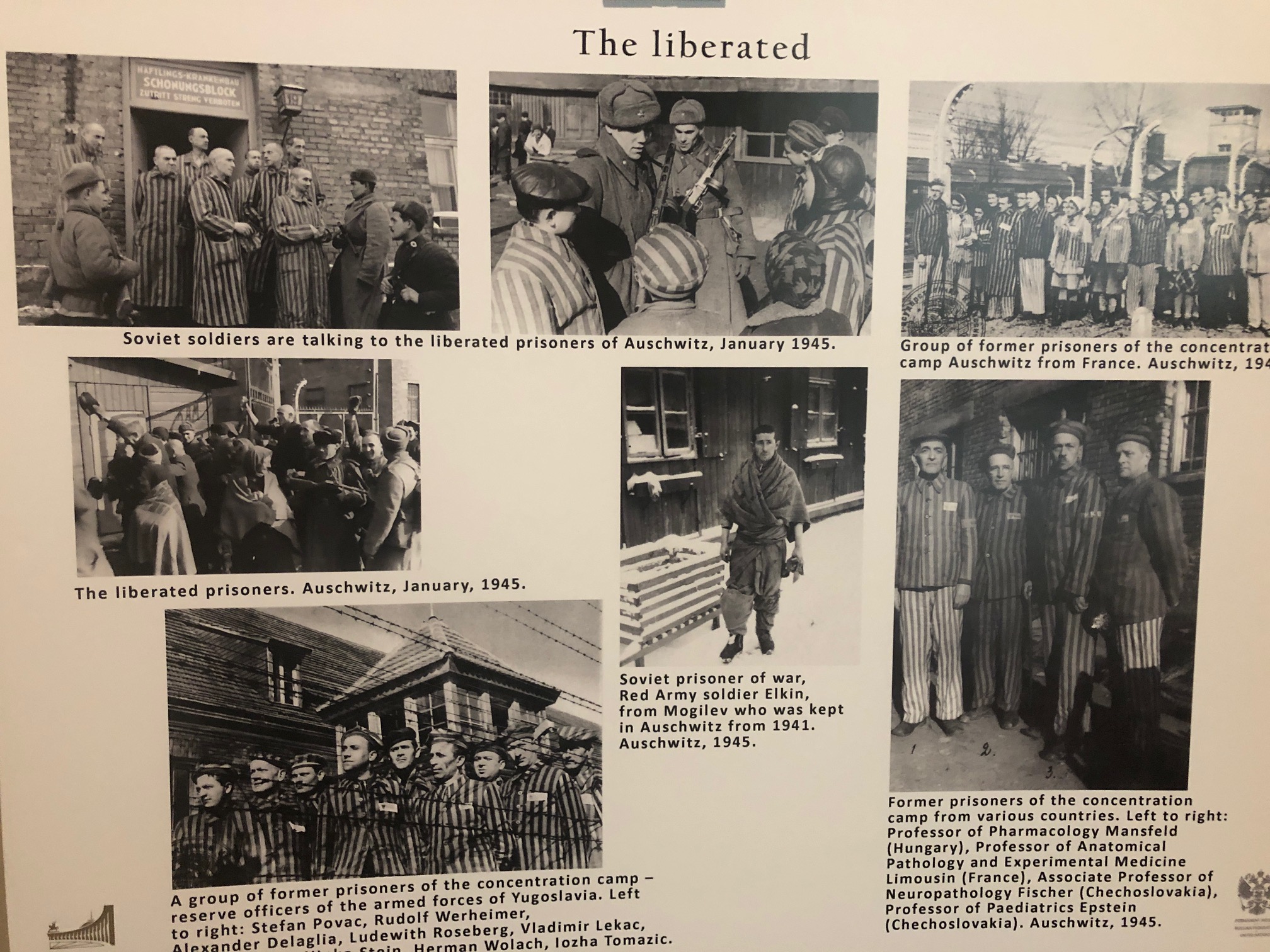 “I will never forget my visit to Yad Vashem two years ago” said Mr. Guterres, referring to The World Holocaust Remembrance Center in Jerusalem. “I was shocked once again by the ability of anti-semitism to reinvent itself and re-emerge time and again, over millennia.” Pointing out to “a frightening upsurge in antisemitic attacks” over the past years, the Secretary General emphasized that, “We can never lower our guard”. He later explained that this was “part of a troubling increase in xenophobia, homophobia, discrimination and hatred of all kinds”, pointing out that Nazism was threatening to return “sometimes openly, sometimes in disguise.”

The UN chief reminded us that “remembrance and education” are essential tools for prevention, “because ignorance creates fertile ground for false narratives and lies.”

“Never again means telling the story again and again,” declared Guterres, who also paid homage to Zoltan Matyash, a survivor of the Holocaust who attended the event, together with other survivors “who inspire us with their strength and their example.”  He emphasized that, “As survivors grow older, it is essential that we keep their memories alive and carry their testimony forward in new ways for new generations.”

The exhibition, “75 Years After Auschwitz – Holocaust Education and Remembrance for Global Justice”, emphasizes the necessity for action against anti-semitism and other forms of prejudice.

“And that is why exhibitions like this are so important” said Mr. Guterres. “These portraits of Holocaust survivors speak to us of the dignity, humanity and interconnectedness of each unique member of our human family.” The UN Chief also pointed out “their heartbreaking stories of survival and courage” inspiring to “combat persecution, hatred and discrimination, wherever they are found.”

Guterres promises to remain firm “every day and everywhere” against anti-semitism, bigotry and hate of all kinds. “The world failed all those who died, and those who continue to suffer as a result of the Holocaust. We cannot fail them again by allowing their stories to be forgotten” concluded the Secretary General.

At the beginning of the ceremony, there were also the speeches by the Israeli  ambassador Danny Danon, and the Russian ambassador Vasily Nebenzia. Mr. Danon offered an important message to the audience during the exhibition at the United Nations for the Holocaust Remembrance. “Seventy-five years after the liberation of Auschwitz by the Allied forces, we will commemorate that historic event in the place where the decision was made that paved the path to the establishment of the Jewish state. This is the hour for cooperation between Israel and Russia” he declared. The importance of the liberation made it possible for the prisoners of concentration camps “to not be sentenced to work and death, but sentenced to live” explained Danon, establishing the end of misery and pain of the victims. Finally, the ambassador Danon affirmed that, “this is our responsibility, to remember, to remember that man is capable of evil, and so we have to remember that this cannot happen ever again.”

The Russian ambassador for the United Nations Nebenzia began his speech explaining that “the world was terrorized to know and see the reality of Nazi atrocities. Today we remember the survivors as well as the Soviet soldiers that freed the camp.” Nebenzya continued: “there are various memories that explain the shock of the liberators at Auschwitz seeing the state prisoners were left in, the inhumane conditions, the barbaric and sadistic methods used at the Nazi camps.” Additionally, he reminded us that “the concentration camps became macabre symbols of hate that was present in the Nazi regime and the inhumane feeling of superiority of which Jewish, gypsies, Slavs and Czechs became victims.” In all this, the ambassador explained how important it is to remember these atrocities and learn from the mistakes that happened in global history.

During the speeches held at the exhibition, the public had the honor to hear the story of Zoltan Matyash, a Jewish man who survived the Auschwitz concentration camp. He began by telling about his first day when “the solders showed us what would have happened if we wanted to keep and use the gold of German Nazis” alluding to the violent abuse of prisoners. He continued explaining, “I saw exhausted people that were brought outside to be killed, I saw people being beaten to death because they were too weak to continue working.” His heartbreaking stories show the real atrocities of a regime that was extreme and violent. Also, he said, “this is how I remember Auschwitz: SS soldiers that yelled, dogs barking, dead bodies everywhere, the smoke of the crematory furnace, rags instead of clothes, and hunger. Hunger, and starvation.”