Paying to Watch the Torture and Death of a Child Online: The Hell of the Deep Web

Two Italian seventeen-year-olds, along with 19 other minors, were just reported for having paid to watch online sexual violence and torture committed against children who were only a few years old, to the point of death.

After ten months, the investigation by the Carabinieri of Siena, with the cooperation of the Prosecutor of Minors of Florence, discovered what is called “the hell of horrors”: a real space in a virtual dimension composed of thousands of rooms, chats, blogs and shop windows, containing every abomination conceived on this earth.

A terrifying  news story that is bewildering the public despite the fact that for a number of years there has been talk about these hidden places in which reign pedophilia and child pornography, sexual perversions and zoophilia, heinous crimes, brutality and ferocity against children and every kind of living being; not to mention the sale of illegal and banned substances and products.

It’s called the Deep Web, and it’s a hidden network with 4 billion—yes, 4 billion pages– containing over 150,000 terabytes dedicated to the worst kind of information and barbarism. It accounts for $100,000 daily transactions in Bitcoin, the cryptocurrency that guarantees absolute anonymity.

They are structured as electronic markets like Amazon or eBay and, moreover, with on-demand services similar to those of pay per view, where it’s possible to buy anything illicit and inhuman that  could exist in commerce: weapons, drugs, false documents, residence permits, untraceable medicines, government experiments and censored writings whose publication has been banned. But you can also hire hit men to commit murder, young children to be tortured and killed interacting with criminals in real-time, animals to be mutilated and dismembered on request, people willing to be filmed eating excrement. There are even those who sell themselves to be eaten by a cannibal.

It looks like a disgusting horror movie, instead, it is the creepy buying and selling that systematically happens in a chat of these virtual hells known as cannibal cafè or in the so-called red rooms. All strictly filmed, all rigorously sold at high prices to be ‘consumed’ by thousands and thousands of sick minds. A sickening cauldron. 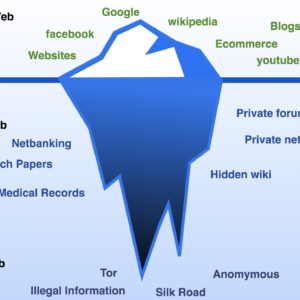 The Deep Web exists and is scary

To understand what the Deep Web is, and below that, the Dark Web, try to imagine an iceberg.

The tip is the www, the world wide web, that space that we know and use every day. It represents only 4 percent of the information we have access to. That is, practically nothing.
Everything else is hidden, in total arbitrariness and much deeper, and it isn’t possible to trace what you need without knowing the Url.  It’s not as if you could Google to find a cannibal if you want to be eaten and you immediately find one. It isn’t easy, but it’s also not too difficult for a digital native as confirmed by the story of the young Italian boys.

But I wouldn’t do that if I were you. Access to the Deep Web is first of all, illegal, and the police would be knocking on your door within a few hours. The most serious consequence, however, is that your curiosity would open the door of hell, and that hell, not only would not be to your liking, but it could be extremely dangerous for you and your family. Remember, you’re dealing with people who are not well. 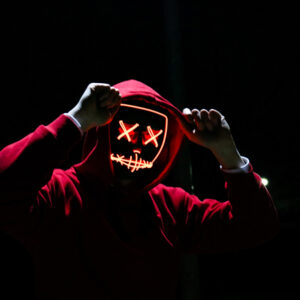 The atrocities of snuff movies

We don’t know who started these atrocities but we know that they first came to light with the arrest of Peter Gerard Scully, the monster who made the video, Daisy’s Destruction, the filming of a two-year-old girl dismembered while still alive. I’ll spare you the gory and disturbing details.

Described as “the worst video ever created by a human being”, this chilling story– impossible to put into words because not even the worst that I could think of could convey the disgust and physical pain that I felt when I found out about it — has been viewed by thousands of individuals who paid up to $7,000 to witness such cruelty.

They’re called Snuff Movies, and they’re films of ruthless tortures executed on human beings, especially children at an early age, to the point of death. In some of these chat rooms, secret service operatives found a video where hot oil is poured on a child. The torturer, disturbed by the excruciating screams of the poor child, cuts off his head with a chainsaw in order to silence him.

It may be shocking, but in the world, there are perverse people who enjoy the suffering of others and pay top dollar to see live atrocities, the rape and slaughter of human beings. These people are in our midst, on the other side of the monitor; maybe we meet them at the grocery store, or we talk to them while we order coffee at the bar, perhaps we’ll touch them by accident on the bus.

This is destabilizing for a healthy mind, and extremely worrying for parents with children. Just think of the millions of children who go missing every year, some of whom, unfortunately, go to fuel the market of pay-per-view violence on the Deep Web. 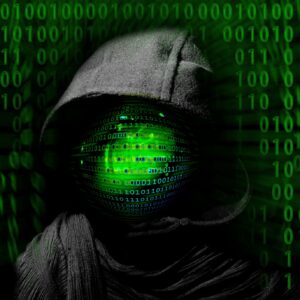 I would have liked to tell you more, but when I started reading up on it, because of my empathetic nature, I began to feel ill and I had to stop my research. Therefore, I don’t think it’s necessary to wound your and my sensitivity any further. But it’s important that you are aware of these horrifying alternate dimensions and that you always, always, remain vigilant. Keep your children away from these off-limit areas and, above all, raise them to respect Life.

I won’t dwell on the reasons that push young people to look for such brutal emotions on the web. Nor I will ask myself what kind of educational path they have followed and how much society itself is jointly responsible for so much wickedness. I’ve already written extensively  about the failure of the parental role.

Instead, I hope with all my strength that family, government and schools do whatever they can to eradicate this painful abomination. Technology is useful if employed well and in function of good. This is absolute evil.

A Hero for All Times and Places: Joe Biden’s Homage to John Lewis

A Hero for All Times and Places: Joe Biden's Homage to John Lewis