The stage that should mark a gradual return to normality began with uncertainty and controversy, in contrast to the image of Italians singing on their balconies

More than one week has passed since the beginning of Italy’s “Phase Two,” understood to be a cautious easing of  the lockdown that should mark a gradual return to normal. When it was announced, as most of the limitations remained in place, many Italians seemed unable to clearly see the difference from the so-called “Phase One,” except for one thing: while Italy was enduring the longest and strictest lockdown in Europe, citizens around the country were held together by a common sense of responsibility, the feeling that they were fighting the same battle and that they belonged to the same team. That is hardly usual for Italy: some rightly say that Italians only reunite when it comes to the World Cup. Well, during the “Phase One,” Italians succeeded in coming together not only by singing the national anthem on their balconies, but especially by respecting the severe rules established by the Government. The figures prove it: on May 10th, the country saw only 802 new cases, the lowest number since March 6th.

With the beginning of “Phase Two,” things went back to the “chaotic” and contentious normality, albeit in an exceptional situation. After Prime Minister Giuseppe Conte, on April 26th, summarized the first details of the new phase starting on May 4th, for days the only topic of discussion was the attempt to figure out the new rules set by the Government. What immediately appeared to be clear was the fact that Italians were not being “released”: while the manufacturing sector and many companies were allowed to reopen, tough limitations have remained in force to ensure the respect of social distancing rules. One guideline in particular, which allowed Italians to once again go visit their loved ones, triggered the debate in the country, as the meaning of the word used by the decree to identify relatives, “congiunti,” was highly controversial.

Ironically enough, all over the social media people started asking if they were allowed to see only their blood relatives, or if the definition of “congiunti” also included partners and close friends. The Government’s clarifications added confusion to uncertainty: at first, it was stated that the word “congiunti” designates “blood relatives” and “stable relationships”; then, a member of the Government made it clear that the term also covers the concept of “friends,” as long as they are “true”; after a few days, on the Palazzo Chigi website was published a list of frequently asked questions, which explained the meaning of “congiunti” in these terms:

However, the debate did not end here; the Interior Ministry eventually released a note mentioning a 2014 decision of the Court of Cassation, which provided the following definition for “congiunti”:

“Spouses, relationships of kinship, affinity and civil union, as well as relationships characterized by a lasting and significant commonality of life and affections.”

The result—it goes without saying—is that Italians still have no idea whom they can legitimately visit.

This minor episode has become the symbol of the general confusion that characterizes Italy’s Phase Two. While according to many citizens the strict rules are justified by the critical juncture, many others criticize the Government’s paternalistic attitude in deciding not only how they can see other people but whom they can actually see. Going out for a walk, to date, is formally allowed only if that walk is aimed at exercising, going to work, going to grocery stores or pharmacies, and, in any case, it cannot be made along with friends. And while many Italians are still respecting those rules, the videos of crowds gathering for drinks in Milan’s Navigli district triggered outrage in the country.

In the meantime, some Regions and territories in Italy have started forging ahead, anticipating the central Government’s decision on when local businesses will be allowed to reopen. That’s the case of Calabria, in the Southern part of Italy, and the Autonomous Province of Bozen-Bolzano, in the far north of the country. In an attempt to stop those initiatives, the Government appealed to the Regional Administrative Court (TAR) against Calabria’s decision and finally won the appeal. In the meantime, over the last few weeks, Prime Minister Conte has been engaged in a tight confrontation with the Presidents of the Regions, who are pushing to quickly move forward to a further easing of the lockdown. On Monday night, Rome announced that starting from May 18th, the Regions will be allowed to open restaurants, bars, shops, hairdressers, and mani-pedis businesses, provided that the contagion curve remains flat. 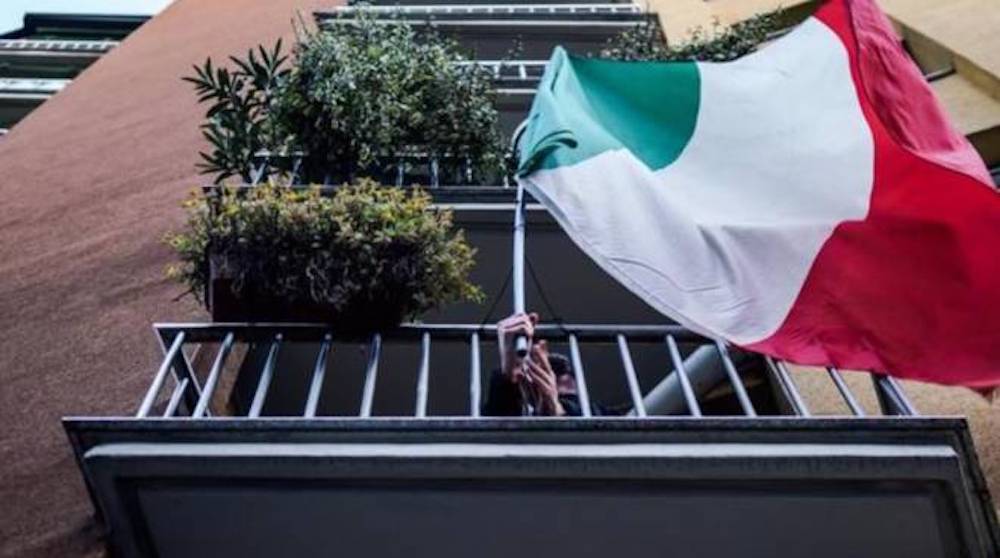 However, while Italians continue to endure strict limitations to their constitutional rights, the country still lacks the crucial tools to carry out widespread testing to identify and isolate the infected. That is particularly true for Lombardy, the worst-affected region in the country, which so far performed 99 tests every 100,000 residents, far below those carried out by other Regions, such as Veneto. One of the main problems—not just in Italy—is the shortage of reagents needed for the test kits. Because of that, the country’s Special Commissioner for the emergency, Domenico Arcuri, has recently announced the intention of buying “the maximum quantity of kits available on the national and international market”. On the other hand, as of May 6th, Italy was the second country in the EU after Germany in terms of number of tests conducted (more than 2,3 million).

Another problem with Italy’s Phase Two is related to the national economy. Long before the pandemic, the European country was burdened by huge public debt and was struggling to reduce the onerous unemployment rate (around 10%), particularly high among young people (17,8% for the 15-34 age range). According to Goldman Sachs, the first figure may rise to 17% this year, while, as reported by a recent national poll, 60% of young Italians between 18 and 34 feel much more worried about their future than their French and German peers.

Even the measures of financial support allocated by the Government have been met with criticism, because of the significant delays in receiving payments experienced by many workers. One of the reasons is largely identified as the excessive bureaucracy which has characterized Italy’s state machine since long before the Covid-19 crisis. Many businesses have not yet received the infusion of cash promised by Rome in the form of affordable loans. Because of that, Italy’s Bank Association (Abi) asked the Government to consider enacting “possible regulatory and technological interventions to simplify and speed up” the measures “to support liquidity and other measures in favor of businesses and families”. And according to Unimpresa, an association that gathers small and medium-sized enterprises, 30% of small businesses like restaurants and shops, burdened by taxes and fixed expenses, will end up being unable to reopen.

The last chapter of this roundup does not strictly concern the Covid-19 crisis but is still significant for the purpose of this article. On Saturday, Silvia Romano, an Italian aid worker kidnapped in Kenya 18 months ago, was finally released. The following day, she returned to Italy, greeted by her family, PM Conte, and Foreign Minister Luigi Di Maio. Even this indisputable good news was met with criticism by some, as Silvia wore traditional Muslim garb and told reporters that she had converted to Islam during her captivity. In the eyes of some politicians, media, and citizens, that personal detail became the main news and a source of speculation and controversy. That circumstance provides a picture of the country in sharp contrast to the image of Italians coming together during the lockdown.