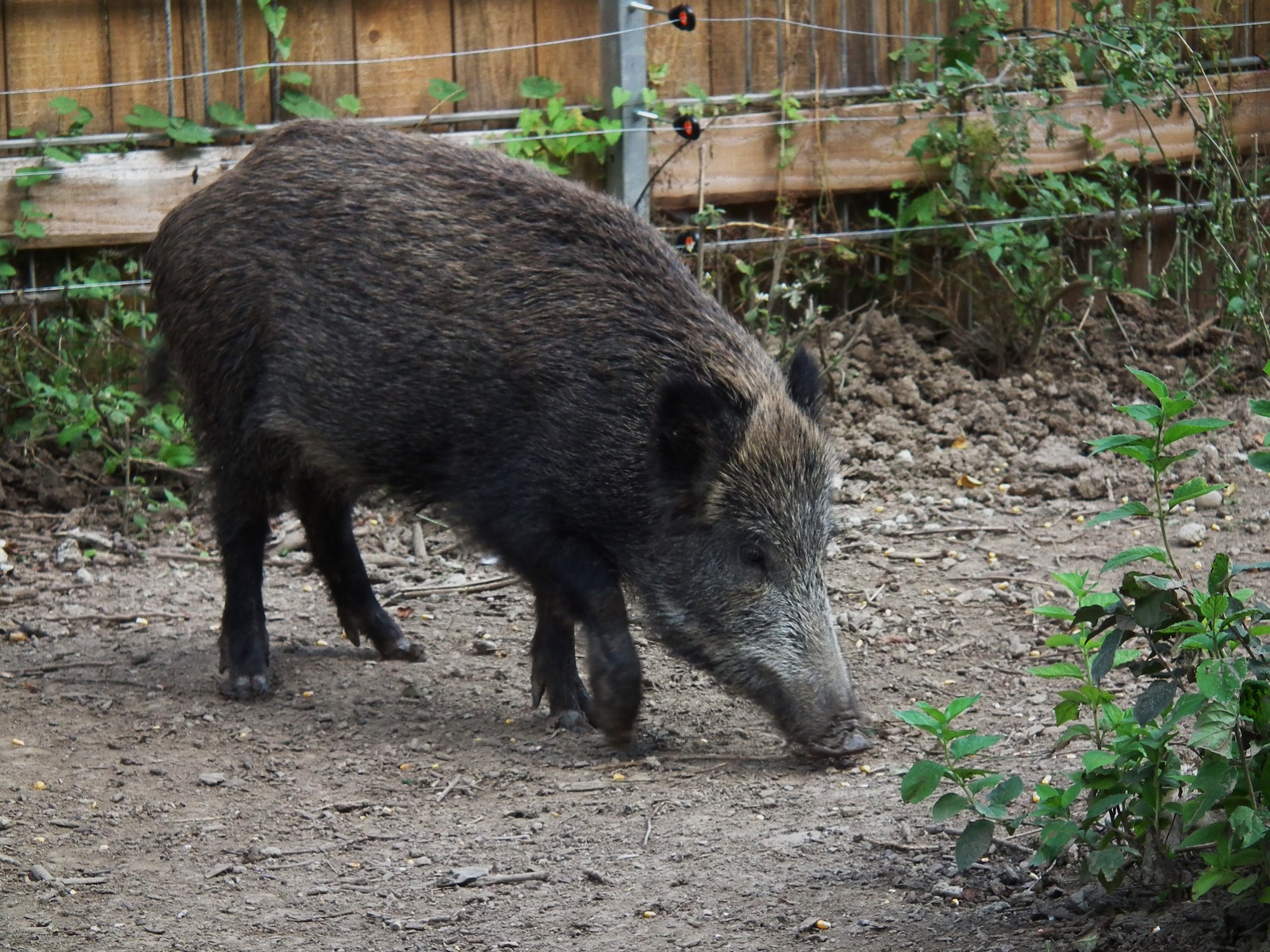 Though we weren’t there to experience it first hand, winter in Le Marche this year was extremely difficult. One and a half meters of snow, rare for this region, crushed tree branches, weighed down electrical wires and felled many larger trees– changing the landscape. We arrived at our house on April 1 for our spring visit. Kreshnik, a local Albanian who helps us care for our land while we’re away, had already pruned off the larger broken branches from the olive, oak and fruit trees with his power saw. But there were plenty of smaller branches that we sawed off by hand. Our ten oleander bushes also took some damage. Because they are evergreen and their leaves span the seasons, the weight of snow clinging to leaves broke many branches. Oleander grows quickly but likes to be pruned in September– just when the blooms have finished. It remains to be seen when we arrive in summer whether or not they will fully flower this year after the shearing I gave them in April.

Bamboo grows freely in our area. It rises up in clumps where the soil is moist and there’s plenty of sun.  It spreads quickly and that’s a good thing, since here in the country, the poles are harvested and used to support tomato and bean plants.   We have a large clump of bamboo about two thirds of the way up our driveway. The heavy snow had flattened this patch of bamboo, creating a near barricade on our drive. I trudged up the hill with my gloves and sega in hand to tackle the bamboo. It was kind of fun. The felled poles pulled out of the ground easily and only the really tangled ones had to be sawed. Some were battered but many were straight, lightweight and strong. Once the dead leaves were pulled off, this nice pile of bamboo poles will be useful in the garden to support the roses and maybe even to build a light fence once we establish an orto, one of these years.

Oak trees are protected in our part of Marche. We have an enormous one on our land with a trunk measuring nearly a meter in diameter. Though it took a bit of a beating when our house was rebuilt, what with heavy cranes and equipment nearby and all kinds of cement, gravel and debris mixing in with the soil, this noble tree still provides enough sheltering shade for us to eat lunch beneath it, even on the hottest summer days. I’ve tried to create a shade garden near this beautiful oak, which lends so much character to our house, with hostas, ferns, wild grasses and most recently an oak leaf hydrangea. The garden has limped along and each season I add a few more plants. But this difficult winter, the pigs– wild boar really– or cinghiale, ate every single plant except for one of the grasses. I will not give up, however, and much to my husband’s bafflement, I continue to replace the plants– hope springs eternal for me when it comes to gardening. I’ve killed far too many species of plants to give up. You just need a different kind of plant or the same plant in different conditions– it’s always worth a try!

For instance, the herbs growing along the side of the house– some thrive and some die. Why has the rosemary quadrupled in size and become a giant flowering healthy shrub, while the sage barely makes it through a season? Both grow well in the area, both like the same sunny conditions and both are drought tolerant. In my little herb garden in Brooklyn, it’s just the opposite. The sage has returned year after year and the rosemary barely gets through a season and never regenerates. So this year I’ve moved the Italian sage to the flower garden, and the Brooklyn rosemary to one of the pots on the front stoop. Both seem to be doing well.

Speaking of that Italian flower garden, much as I’ve tried to put in plants that require little or no care– sedum, echinachea, yarrow, hosta, iris, coral bells, calendula (which grows like a weed in Italy)– it’s next to impossible to have a flower garden if you’re not there to care for it. Even though Kreshnik has put in a watering system, between the enormous pests (i.e. cinghiale) and the punishing sun, this garden refuses to thrive. So I’ve turned to shrubs (arbusti) and tried to find hardy shrubs that flower. The Mexican petunia, despite its reputation for aggressive invasiveness and its toleration for drought, is hanging on literally by a stem. I saw a few tiny green leaves growing from one dried up stem in April– I’m hoping it will take this summer and thrive anew– its soft purple flowers that open daily are a joyful greeting every day. I’ve also got a new butterfly bush that is establishing itself nicely and a few other flowering shrubs with evergreen leaves that have lasted several years. One of the neighbors once brought me a tiny sprig of some variety of thyme since she knew I liked to garden. It’s the healthiest thing in the plot, having grown to the size of a bush!

And one other garden pest I should mention that got us during the extra-cold winter: porcupines (porcospini in Italian). They ate my beautiful row of iris in front of the kitchen door. Not a single one bloomed this year. But these porcupines did not get down to the rhizomes (the underground stems that send out the roots), and teeny shoots of spikey green leaves were popping up all throughout the month of April. So I’m certain I’ll have flowers again next spring.

The Brooklyn garden presents a whole other set of challenges. Both my back and front yards have far too much shade as trees have grown over the 19 years we’ve lived here. We have a gorgeous and gigantic magnolia tree in our neighbor’s backyard which shades our space almost completely. The one strip of sun we get on the western edge of the garden is reserved for vegetables. This year, since our tomatoes have been less than stellar in recent seasons, we’ve got only three San Marzano plants, plus three eggplant, four zucchini, and three fennel. We’ll see how they do. In the herb garden, as I’ve said, only the sage and the lemon thyme came back. So I’ve filled in with parsley, sage, rosemary, basil, and in pots up on the deck, mint and thyme. For the first time I’ve tried herbs on the front stoop where I have only dappled sun– rosemary, thyme and oregano. So far they’re thriving.

The other issues include too little air circulation in these small backyard gardens constricted with fences, patios, grills, trees, plants and children’s toys. I find I need to frequently aerate plants with the garden fork to keep things breathing. And the soil has far too much clay in it, requiring the addition of peat and compost to get the right mix. This is also true in Italy, where the soil in our region is a muddy clay that turns to the consistency of cement in the summer– impossible to plant anything past May. How the crops grow in this soil and become so flavorful– it’s a mystery to me. Our Brooklyn pests are squirrels, which I detest for their constant digging in every pot and area of the garden, and their crushing my plants with their ignorant, fat bodies. Even two of them is an infestation.

And then there are snails, which are a plague on two continents. In Brooklyn, they are about the size of a large marble in a yellow and black striped shell, and they destructively munch their way through the basil, the petunias and any other tender-leafed plants. You’ll also find them in Italy in a slightly larger size– in fact, here’s a photo of a quite handsome one I spotted on the road after a rain– however, the toughness of the plants I’ve chosen seems to dissuade them from lunching in the garden. My farmer friend Ippolito thinks it’s hilarious that well-heeled diners will pay some three euros per snail for the privilege of eating these things in a restaurant, when they’re just a slimy garden pest. Personally, I prefer to smash them with my trowel whenever I come across one.

There’s been too much rain and too little sun in spring 2017, but the Brooklyn garden is flourishing and I’ve lost very few plants. I decided to go with a palette of pink, white and green this year, rather than the usual ungapatchka mix of colors I’ve used in the past based on my love of color contrast. The tuberous begonias in pink and white, with their showy blooms and spikey leaves are happy with the morning sun on the deck. Pink geraniums in the sunny spots, pink and purple coleus with white bacopa as accents, and dark purple heart for contrast have filled the pots with harmony. This year’s experiment? A braided hibiscus plant bought in memory of my sister. It’s off the color scheme with big red-orange blooms and dark forest-green leaves, but it is drop-dead gorgeous. I found a slightly chipped antique Italian terra cotta vaso in my Brooklyn garden store into which I repotted the hibiscus. From what I’ve read, it will live for years when brought inside for the winter. It will have a place of honor for seasons to come.