An interview with the chef who was awarded this prestigious recognition for his namesake restaurant, opened only in June of last year.

On January 19th Matera, the city of the “Sassi”, officially became the European Capital of Culture for 2019.  Another first for Matera this year was the star awarded by Michelin for the first time to a restaurant in this city: “Vitantonio Lombardo”, named after its chef/proprietor and opened only last June. During a visit to Basilicata from the 12th to the 16th of December, 2018, thanks to the New York Office of ENIT and to the APT of Basilicata, I interviewed Lombardo about his important achievement.

I always begin my chef interviews with the question: Our tastes in food are closely connected to our childhood; what are your first memories of food?
“Even now, every time I enter my mother’s house and smell her pasta sauce cooking on the stove, I go crazy”.

How did you come to love cooking?
“Eating!”.

Are there any other professional chefs in your family?
“Everyone has at least one chef in the family.  In my case, it’s my mother”.

A brief summary of your career?
“Like many of us who have chosen this line of work, I began by going to hotel school, then apprenticeships.  I remember my first day in the kitchen; I asked if there were extra chores in the kitchen I could do and they put me washing pots.  From there, lots of restaurants, to finish at the courts of “the great masters” like Succi Silver, Paolo Teverini, Fabio Barbagliani, Gianfranco Vissani, and Davide Scabin. Then the travels abroad (France, Spain, and the USA) to meet other great chefs.  To grow one has to “escape” and during this period I “escaped” several times to have a wider range of points of view”. 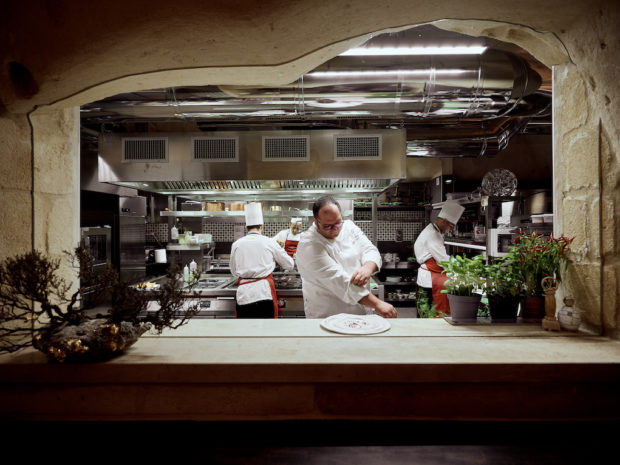 On your website it’s written that your mentors were Paolo Teverin, Gianfranco Vissani, and Fabio Barbagiani.  What did you learn from each of them?
“From Succi Silver I learned respect for ingredients; from Gianfranco Vissani awareness of what my surroundings offered; from Fabio Barbagliani cooking techniques; from Davide Scabin creativity”.

What did you learn from “Frank” Rizzuti, the first Michelin-starred chef in Basilicata for his restaurant in Potenza, who died shortly after receiving his star?
“What I learned from my friend “Frank” was more personal.  It’s universal, pertinent to everybody: That everyday of your life until your very last, you should never stop believing in your dreams because the realization that you have achieved them will repay you and those who believed in you for your efforts forever. Yes, forever!”. 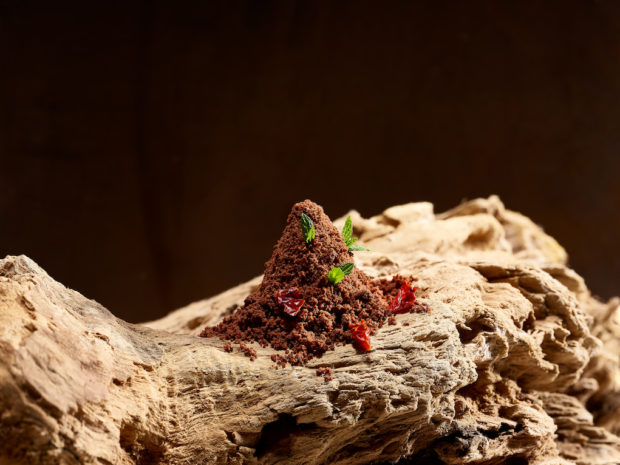 What are the essential qualities of a top chef?
“My motto is valid for anything and anybody:  ‘Heart, Head, Guts'”.

You have tattooed this motto followed by two dates on your arm.  Are those the dates you received your Michelin stars?
“Yes”. 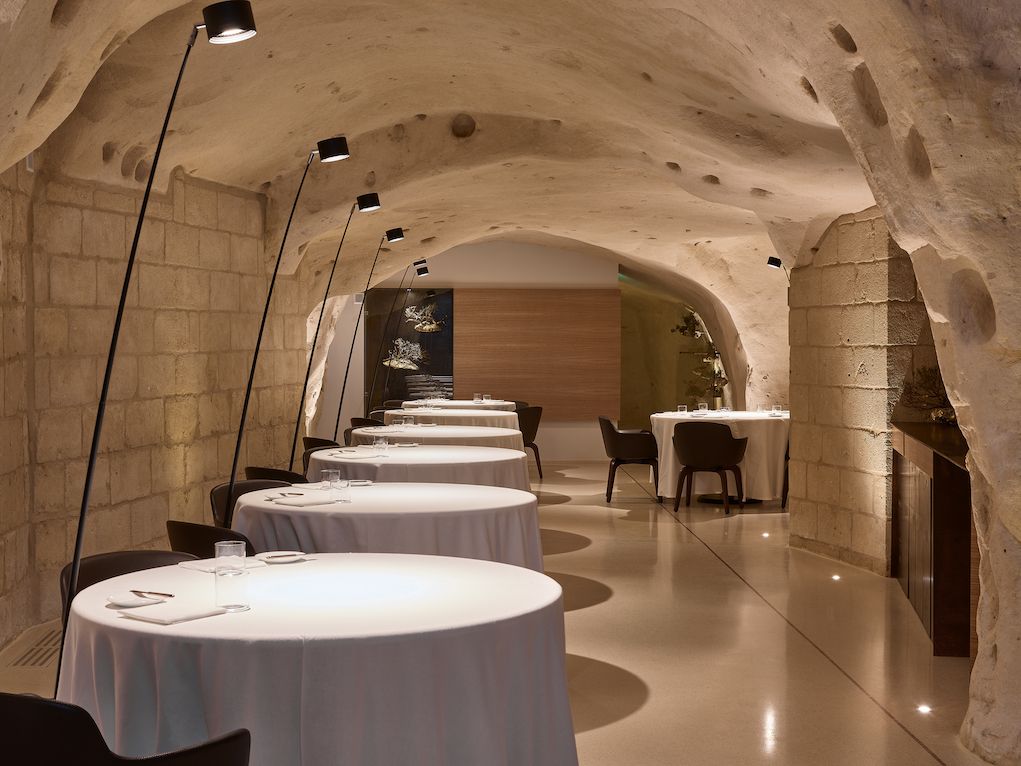 What was the name of your first Michelin-starred restaurant? and How was it different from “Vitantonio Lombardo”?
“‘Locanda Severino’ pertains to another time in my life.  It was a correct choice to wait until now to open my own namesake ‘Vitantonio Lombardo Ristorante’: my world, my cuisine… no ifs and buts!”.

What do you like best about your work?
“The constant changes, which depend on the seasons, the products, people, and situations. The constant challenge, which inspires me to improve constantly”.

The least?
“The little time I have with my family”.

In a nutshell how would you define your cuisine?
“Mine or in other words Vitantonio Lombardo’s”.

Other chefs you admire?
“There are many many chefs I admire.  Among the many I’ll certainly never forget my meal at Pierre Gagnaire’s, a myth!  In the United States I could say that I have great admiration for Grant Achatz’s talent.  Another unforgettable experience for me took place at Eataly in New York, where I cooked together with Scabin, Bottura and Cracco. The only problem I have with the united States is the distance it is from here”.

Up to now you’ve told me about Vitantonio Lombardo the chef; I’d like to know more 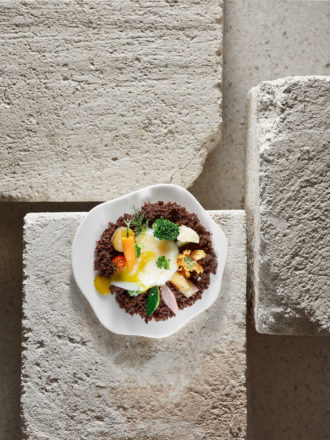 about Vitantonio Lombardo himself.  For example, can you explain your unusual first name? Or perhaps it’s not in Puglia and Basilicata?
“We southern Italians are very attached to our traditions and my first name is nothing more than a combination of my grandfathers’ first names.  They’re combined so as not to play favorites, show a preference”.

What are your favorite foods?
“Pasta with tomato sauce”.

A dish you dislike?
“Blood sausage… unfortunately because it’s a local specialty”.

Chefs are well-known for having collections of motorcycles, fast cars, or fancy watches; what about you?
“I have few passions. To tell you the truth, I love cookbooks, but that seems so obvious.  Therefore, the one of my collections that I care the most about is the DVD series ‘Holly and Benji'”.

If they hadn’t become chefs, Heinz Beck would have chosen to be a painter, Gualtiero Marchesi a pianist, what about you?
“When I was younger, I played the accordion and I started a group. Who knows, maybe I would have continued to play the accordion”.

Do you have a pipe dream?
“To be awarded a second Michelin star and become one of The 50 Best Restaurants… If I need to have a pipedream, let’s aspire for the best possible, dream of the top”.

The Case of the Etruscan Chariot, Purchased Or Stolen?