Camilleri, Creator of Inspector Montalbano, Gave Sicily to the World

By describing the local, Camilleri tapped into the universal, and in the process taught us some life lessons

The literary achievements of  Andrea Camilleri, creator of the Inspector Montalbano series of crime fiction, are impressive. More than two dozen books just in that series, translated into 32 languages, millions of copies sold over the decades, multiple awards won; among which the prestigious International Dagger, the greatest honor that can be bestowed by the British Crime Writers Association. In addition to this impressive list, there is the Italian television adaptation of the Montalbano series, screened on RAI of course, but also on BBC Four and in 65 other countries. According to some sources, the popularity of Camilleri’s series “has brought tourists by the busload to Sicily”.

In my humble opinion, though, the most telling indication of the wild success that he achieved in his literary career is that Porto Empedocle, the true life model for Vigata, the fictional setting of the series, officially changed its name in 2003 to Porto Empedocle Vigata. Imagine a city, as rich with history as this one, that chooses to be associated with a fictional location. That is truly a compliment to the author. Of course, if we wanted to take a more cynical view, we could choose to see this as a bold-faced attempt at cashing in on a good thing: tourism.  But let’s believe it is the former.

Either way, there is little doubt that Camilleri’s Commisario, (Inspector) Salvo Montalbano has become a beloved figure to millions of readers. His devil-may-care attitude towards life, though perpetually irritated, is highly attractive and to be envied—especially by people in places that don’t have the luxury to enjoy Vigata’s pace of life. He has a mistress, not a wife. Better still, most of the time she’s away in another city and Salvo doesn’t need to worry about the responsibilities and complications of the day-in, day-out proximity of a close relationship. His unfolds mostly on the phone. He eats in his favorite restaurant or has his ‘housekeeper’ prepare his meals, which he enjoys as a true gastronome, describing and savoring every bite. He lives in a house on the beach and takes time to swim every day, to sit and enjoy his cigarette, his glass of wine.

Of course, it’s true that his occupation is stressful. He has to solve crimes, deal with both Mafiosi and the internal corruption of the police department of Vigata. But overall, it’s a life that not only is to be envied, but that for millions of people represents the very stereotype of  Italians and their love for the good life, the dolce far niente.  If you ask an Italian–better still, a Sicilian–why is the Montalbano series so loved, he or she will likely reply that it’s a powerful antidote to nostalgia. This is indeed the question that I have posed to some of my Sicilian friends and invariably the answer is, “it reminds me of home.” 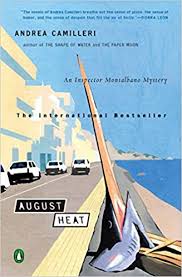 Camilleri started  out his career as a stage and film director in the 1950’s. Most often, he directed plays by Brecht and Pirandello, the latter known to be a distant friend of his family. Perhaps as an indirect result, Pirandello’s work has exercised a notable influence on the Montalbano novels and numerous Pirandellian allusions or references may be found in them. As is well-known, Camilleri started writing novels at a relatively late age, in 1978 at 53. Il corso delle cose, (The Way Things Go) was followed by Un filo di fumo (A Thread of Smoke) in 1980 and neither one did particularly well. Perhaps because of this singular lack of success, he didn’t write another till 1992, and it wasn’t until 1994, at the ripe age of almost 70, that he published the first of his Montalbano novels, The Shape of Water (La forma dell’acqua).

The definition of ‘Literature’ is much more complicated than the average reader may suspect. As any academic or critic will tell you, there is literature with a small ‘l’ and literature with a capital ‘L’—the former for casual reading and the latter far more serious, a vehicle for commentary on, and understanding of, the world we live in with all its complexity and philosophical conundrums. Although admittedly, in the age of post-modernism such reverence for standards and the distinction made between high and low culture may have largely disappeared–but not totally. A ‘crime drama’ still today does not qualify as ‘serious literature’ and is unlikely to win any awards that are not circumscribed within its genre. To put this narrow categorization in perspective, consider that Elena Ferrante’s blockbusting tetralogy, My Brilliant Friend, despite its phenomenal success, its grittiness, its bitter denunciation of corruption and injustice, and its critical success, is still fighting against the equally problematic label of ‘chick-lit’ simply because it focuses on the experiences of women. Equally, many critics would say that Camilleri’s works cannot be compared to Leonardo Sciascia’s, another internationally renowned Sicilian author.

Camilleri and Ferrante’s works share some crucial elements. Both have dared to focus on a local area that is typically, though problematically, Italian. Camilleri focuses on Sicily, though by his own admission, not much on the Mafia because he doesn’t want to glorify it; Ferrante on Naples. While both of these regions are wonderfully gifted with history and natural beauty, they are nevertheless known more for endemic challenges such as poverty and corruption than otherwise. Ferrante and Camilleri manage to turn the local into the global, telling stories that are rooted deeply in a small area, yet simultaneously representing the universal human conflicts that every reader can identify with. Hence, they are both considered ‘glocal’ authors. 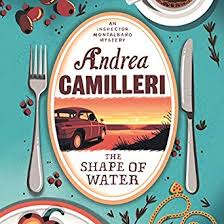 Both authors include dialect in their narratives, a decision that is usually avoided by authors because dialect makes reading the work more difficult and thus, it scares some readers away. And both have sold over 10 million copies worldwide, Camilleri over decades and Ferrante over the last 6 or 7 years.

Yet despite being ‘ghettoized’ into genre literature, Camilleri and Ferrante’s works have managed to cross some important boundaries. Most significantly, both have been translated into many languages, both have managed to capture the attention of critics and readers outside of Italy, and both have been taken seriously by academics—this perhaps more so for Ferrante. This is no mean feat. Contemporary Italian authors who have broken through the geographic wall to achieve international fame can be counted on the fingers of one hand: Calvino, Levi, Moravia, Maraini, Eco, and maybe Saviano. Indeed, to drive home this point there is even an article whose curious title is, “15 Contemporary Italian Writers You Should Read (who aren’t Elena Ferrante).”  However, of those 15 only a few would be known outside of Italy.

Camilleri has thus achieved what few other authors have: loved by critics and readers alike, he will be missed by all those who so fervently looked forward to one more Montalbano story.

McCarthy Making Endless Concessions to Become Speaker, but He May Regret It