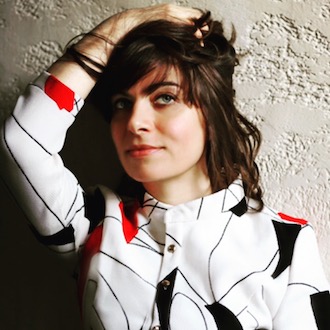 She has defined the album a “crossover”, that starts from a jazz-like experience and transitions towards folk, pop rock and electronic. With East 75th Street, jazz singer Valentina Marino returns to publishing records after her latest project PhiLovesophy (feel Love, so feel).

Six original pieces, written by Valentina herself and composed with a band of talented Italian and American musicians, compose the body of the project. Lyrics and music born spontaneously born while sitting behind the keys of a piano and during guitar lessons make the disc as exciting as it is varied. “But most of all”, Valentina tells us, “they stem from a desire to return to old roots: those tied to folk and rock music, those I used to listen to with my family, those that inspired my passion for Bob Dylan and Joni Mitchell”.

We are on E 75th street in Manhattan, where Valentina has lived for the last eight years. Not only does it give her latest project its name, but rather, it becomes the physical place of birth of each of the six stories that compose the tracklist. Starting from Gotta Move On, a story of an non reciprocated infatuation explored past banality and towards a dynamic representation of the human brain in the key of obsession. The bass line the piece opens with, along with the lyrics, reflect such obsessive behaviors, creating a hymn calling for exit from situations where personal growth is stalled. The post-chorus opens on the relaxed notes of an intimate message, an invitation to maintaining belief in love and life alive.

Along the same lines, Nothing turns a feeling of apathy and creative paralysis into a song that lets Valentina exorcise her dreaded creative blocks. “Between the keys of the piano and the guitar chords hanging on the walls of that apartment on 75th, music and singing, in particular, have always helped me in overcoming the most uncomfortable emotional situations”.

Little Flower, on the other hand, is a night-time lullaby dedicated to one of Valentina’s young students, who, before reaching the age of sixteen, had been the victim of sexual assault. “Without descending into the drama of the actual experience, the piece is born is an attempt to comfort the little flower’s soul. It tries to show her the light at the end of the tunnel”. 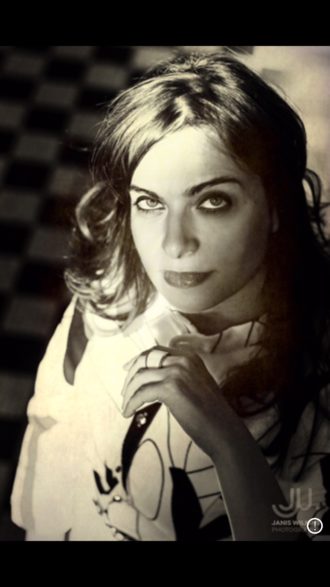 Another snapshot of Valentina’s life on E 75th street comes through Chantal, a piece dedicated to the woman who, for 25 years, lived in Valentina’s own building. Chantal, prematurely deceased from cancer, left a gaping hole in Valentina’s soul. With it, however, it also left a great deal of vivacity, energy and spunk that only an authentic New Yorker like Chantal could have provided her with.

In Meet Me in Woodstock, Valentina duets with young artist Lidia Colavita, who started studying singing with Valentina over four years ago. The two musicians perform in beautiful synchrony, rooted in a shared passion for songwriting and ‘70s music. In this piece, born of Lidia’s experience in Woodstock, the two imagine a road trip through America on a blue RV, capitulated by a meeting, in Woodstock, with icon Joni Mitchell.

Spunk and irony line the lyrical aspects of Fuck you Mothers, a piece that reveals their emotional conflict with the mothers of millenium men, with a lightheartedness and depth born of brilliant creative research. “They are unresolved characters, with evident difficulty in engaging in meaningful relationships, often afflicted with unresolved oedipal complexes. The piece is an attempt to draw irony at the banality of Cinderella story, which, through music, has stuck itself into the minds of women and children alike.”

In this piece more than any other, Valentina exposes us to the transition between jazz and other musical forms like folk, pop and electronic. There’s an interesting musical symbolism in that: the song opens on the standard jazz tunes of Someone to Watch Over Me (one of Valentina’s favorites), which is then interrupted to place a pop spin on the piece.

An album rich with enticing emotions, stories, and locations, dense with profound instrumental variety: from pianos, to synthesizers, to electronic bass, to the violini, to the cello, to the drums,  each story is told differently thanks to the powerful instrumentals adopted. “This is an album of mature experimentation, it plays on certain recalls and reprimands”.

“Joni Mitchell will turn seventy-five in November 2018, and in the bar  on my block on E 75th, where I’ve been eating soup and drinking prosecco for eight years, he has an autographed photo hung up in a place of honor on the wall”.

Valentina, originally from Sicily, but raised in Rome, feels a New Yorker both out of vocation and adoption. Her love for jazz has been growing since she was a little girl, even though it will only turn into a full-fledged profession at the age of twenty-six. After a career as an attorney between Vienna and Milan, she finally decides to trade her legal jargon and notepads for microphones and bass-lines, the walls of legal studies for those of concert halls.

She feels like a citizen of the world, “I could live anywhere, so long as I take my three thousand jazz records with me”. Sicilian roots, from Mazzara del Vallo, born in that strange space between Europe and North Africa, often draw her back home to reconnect with the sea and the beautiful backdrops that colored her infancy and adolescence. She does not forget Sicily in her newest album, beautifully represented in her piece Vitti una crozza.

Outside of southern Italy, Valentina has also lived in Munich during a study-away program and in Vienna professionally, nurturing a passion for the international and for the german tongue. It’s New York, however, that she chooses as her home, studying at the New School for Jazz and Contemporary Music of New York, and then going on to perform in the most influentials cafes in the city, like Bar Next Door, Kitano, Zinc Bar, Cornelia Street, and Cafè Smalls. “New York has helped me and continues to help me become the woman I am and want to be. This is where I would want to raise my kids”. 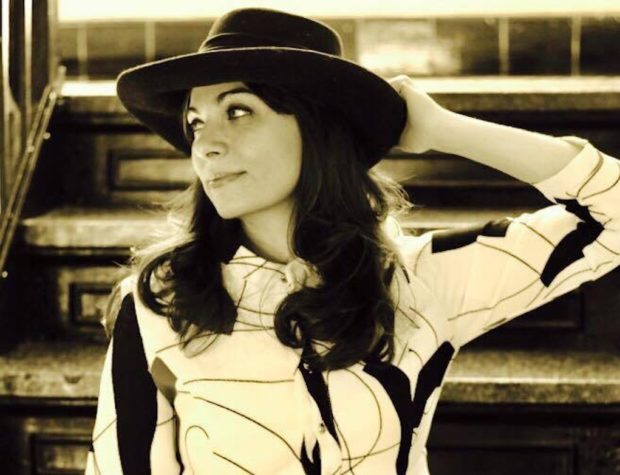 Joni Mitchell, Bob Dylan, together with jazz icons like Ella Fitzgerald, Diana Krall, Dianne Reeves, Amy Winehouse and Nancy Wilson compose Valentina’s primary musical influences. As author and interpreter, Valentina confirms herself as a jazz singer with a strong musical identity. With the warmth of her voice, she is able to interpret classic ballads in conjecture with rock and pop in the majority of her projects.

“A few pieces are very close to my heart”, she says, “like In the Name of Love by Peggy Lee, Lush Life by Billy Strayhorn, and Round Midnight by Theolonius Monk”. Jazz exceeds passion for Valentina. It is her life, “it’s the music that makes my soul sing”, she says.

Valentina’s new album will be available in January 2019 on Amazon, Apple Music and other online retailers.

Her next concerts will be on Friday October 26th, at the Columbus Citizen foundation, accompanied by Marco Panascia and Marko Churnchetz, and November 12th at Bar Next Door in the village.

NYCFC, in viaggio con i tifosi azzurri in trasferta a Washington DC

NYCFC, in viaggio con i tifosi azzurri in trasferta a Washington DC