According to the Conflict Barometer 2015 published by the Heidelberg Institute for International Conflict Research, there are 409 violent conflicts in the world. Children are almost half among the people killed, if they survive they are forced to endure terror, separation, flight, poverty, violence and exploitation.

An animated short film in 3D called “Mila“ is the story of a girl in Trento, Italy who survived the bombings of World War II thanks to the help of a stranger.  This film wants to inform and encourage people to discuss what is happening to millions of innocent children caught in wars around the world.

There are many unique elements in this project starting from the executive team, predominantly led by women: Cinzia Angelini is the movie director and creator of the script which is inspired by her mother’s real life experience.  She lives in Los Angeles and since 1993 has been working as an animator and story artist on many popular movies (Superman2, Bolt, Despicable Me, Minions, etc.); Andrea Emmes, the Producer, has been in the entertainment industry for over 20 years as a singer, actress, choreographer, and Audiobook narrator; Valentina Martelli, the Executive Producer, is an Italian TV News correspondent, screenwriter, producer, and director. She has also been a war correspondent during the conflicts in Kosovo and Macedonia. She splits her time between California and Italy.

“Mila” is an international production started in 2010 by a small group of volunteers. It now involves more than 250 volunteer artists from 25 different countries who collaborate virtually using the most advanced technologies.

Since much has been written about the film, I decided to delve with the Executive Team into one aspect that could interest many startups: how did they successfully run “Mila”’s crowdfunding campaign.

Cinzia Angelini: “The success of our crowdfunding campaign has been in the making long before its launch on Indiegogo . Having such a large, global team helped us spread the word in many countries and reach many strangers who ultimately supported our project. “Mila”’s strength is that it is not just a film but also a real movement drawing attention to children victims of war. A difficult subject to deal with through animation, nonetheless it has touched many people who have supported our campaign both financially and by word of mouth.”

Do you believe that the relevance of “Mila”’s message helped raise funds?

Valentina Martelli: “So many parts of the world are shaken by violence linked to political, economic and religious reasons. Therefore, “Mila”’s message is undeniably relevant. The data is dramatic. UNICEF in 2014 reported that 15 million children are victims of wars around the globe. And now there may be even more. The message that generated donations is the same that drove all the volunteers to work on the Mila project. It is a desire to help making a difference. If “Mila”‘s eyes can express a universal message of peace, then our goal is reached. Of course, those who “invested” in this project did it to make a difference rather than to obtain financial returns.”

Why have you launched a crowdfunding campaign?

Cinzia Angelini: “Mainly to pay for renderings, software licenses and the cost of servers and file sharing which are a must for a production such as ours since our team works under a virtual roof from more than 25 countries.” 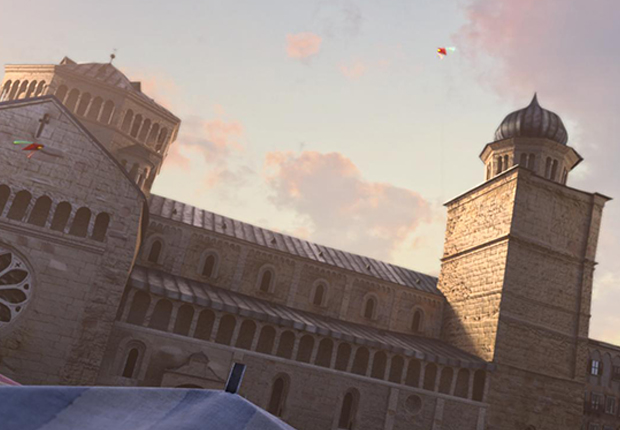 What kind of marketing did you use to achieve your campaign goal?

Andrea Emmes: “There is a lot of prep work involved before starting a crowdfunding campaign, making sure you have the right verbiage to explain your cause and need, strong graphics that will be informative and appealing, coming up with enticing perks that will excite people and gather as much social media coverage as possible. That also means understanding how to maximize each Social Media platform.  For instance, on Instagram, we’d only post maybe 1-2 pictures a day mostly behind the scenes, “real life” pictures and hashtags, whereas on Facebook, we’d put more production art or news, along with ads about our campaign, what perks we have, etc.

“We also got in touch with as many press, journalists, podcasts, bloggers, we could as they help spread the word, get you in front of people you might not have had access to before. Additionally, we were lucky to connect with others who had successful campaigns, to ask them what worked for them.

“Then we conducted a survey among our connections to hone the final message. In terms of flow, the beginning of a successful campaign is usually very active with contributions and then there is a lull where things quiet down, which can be scary. That’s when you have to stay positive, keep posting new things, coming up with contests or others ways for people to engage. Then usually at the end of a campaign, you get another big push. If you get at least 33% funded in the first 24-48 hours, you’re in a good position to get funded.”

How much have you invested in launching your campaign? 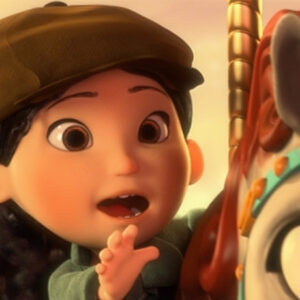 Cinzia Angelini: “The main investment was the time spent on developing message, video, and graphics to present the project. “Mila” being a volunteer-based project did not cost us much financially. One of the most significant expenditure was the creation of the Mila’s prototype that became one of the campaign’s perks.”

At what stage is the project now?

Cinzia Angelini: “The project is in its second phase. We had previously built the models, characters, objects and buildings to recreate the city of Trento as it looked in 1943. We are 50% done with the animation, and we have started the film’s lighting. We plan to finish by 2017.  Then we want to bring “Mila” to the big screen because we want to reach as many people as possible.” 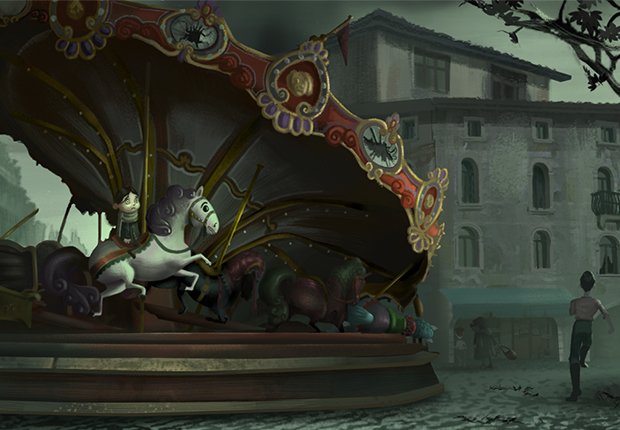 What type of sponsors helped you the most in gaining visibility?

Andrea Emmes: “Crowdfunding is most successful when you have a strong social media following so you can reach more people to help donate and spread the word. Our Italian media sponsor afnews.info was a huge help in putting together articles based on our posts and updates. It also helped us with setting up opportunities with other Italian journalists.  Additionally, through our social media outreach, we were able to connect with The Kite Company who became a “perk sponsor” and created gorgeous Mila Kites, which we used as rewards. We also made an amazing video that we both shared on social media.” 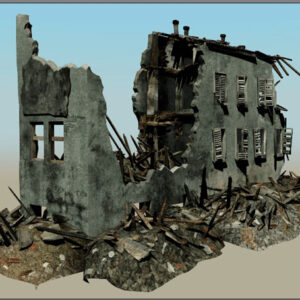 Cinzia Angelini: “Getting the support of Unicef Italy just before launch was certainly helpful to give us credibility. It all started with a Tweet I sent to their spokesman.  This is evidence that Indy films must not be afraid to seek help and support, even in unconventional ways.”

What was the most effective way to get people to donate for “Mila”?

Andrea Emmes: “It was a mixture between a strong social media presence and taking the time to personally email, message, text and call people. Contests helped a lot too; they were a lot of fun and created a little buzz around our campaign.”

Cinzia Angelini: “We also asked artists we knew to create drawings or paintings of “Mila”. It was great to see how many artists from the entertainment world donated their pieces with their interpretation of “Mila”. I think this idea was crucial to spreading the word about the project as they each shared their own design with their friends and contacts expanding “Mila”’s visibility exponentially. These works of art were also used to create postcards and prints that we offered as perks.”

Watch a sequence breakdown of “Mila”: