Newtok’s residents are among the first victims of climate change, they are among the first global warming refugees. Eight years ago, The New York Times reported about Newtok and the situation that it was facing: “The earth beneath much of Alaska is not what it used to be. The permanently frozen subsoil, known as permafrost, upon which Newtok and so many other Native Alaskan villages rest, is melting, yielding to warming air temperatures and a warming ocean. Sea ice that would normally protect coastal villages is forming later in the year, allowing fall storms to pound away at the shoreline.”

The Atlantic reported on the same subject in August 2015. Nothing really changed, the situation got worse, largely unnoticed. Erosion has made Newtok an island, caught between the ever widening Ninglick River and a slough to the north.

I have been in Netwtok 5 years ago, with my co-producer and friend Johanna Wartio. We were location scouting for a documentary that unfortunately was never made. Too expensive, too complicated, too far away –everybody told us for years.

350 people lived in Newtok at the time, now they may be less. There are a kindergarden, a primary school and a high school, two stores, and the homes of 350 people. Newtok is a community, they’ve always lived there, for decades, isolated from the rest of the world but self sufficient. Only a small Cessna lands on the permafrost to bring bicycles, motors, dried oats. This Cessna lands more and more seldom here: with so much water all around, sometimes it is literally impossible to find a spot of permafrost to land on.

Newtok could be washed away within a decade, along with the villages of Shishmaref and Kivalina farther to the north. Newtok has no choice but to be relocated somewhere else. This would cost $130 million, who’s gonna pay for this? And where this native population, a nomadic tribe with its own government, culture and way of living, would be moved or, better, relocated? Through a land swap with the United States Fish and Wildlife Service, a new site has been secured, on Nelson Island, nine miles south. This happened 12 years ago but since then, nothing has really happened.

Climate change is affecting Newtok's life and is raising questions about threats that affect so many more people in the world. Newtok is far from our homes, but yet it is someone else’s home.

In Paris, nations have just approved a “landmark climate accord”, as The New York Times called it, the first one in twenty years. Good news, even if it's already very late.

In Newtok, village elders speak their native Yupik more often than they speak English. They told us their stories, their memories, but it’s getting hard to remember…

I have decided to write here one of these stories. I owe it to them, and to myself. 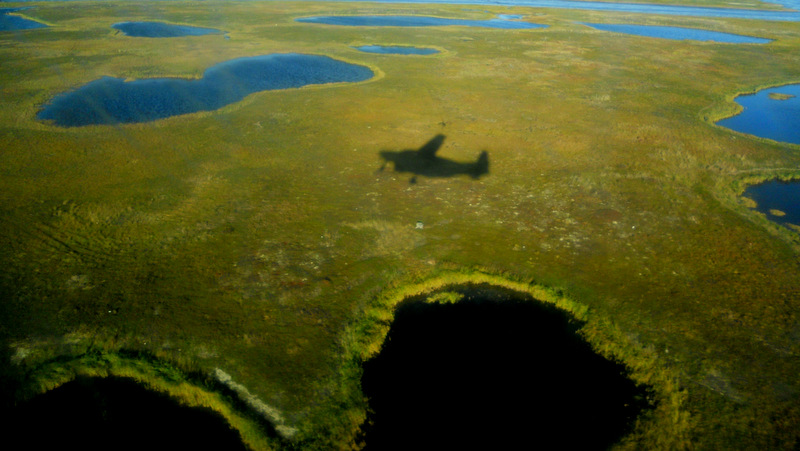 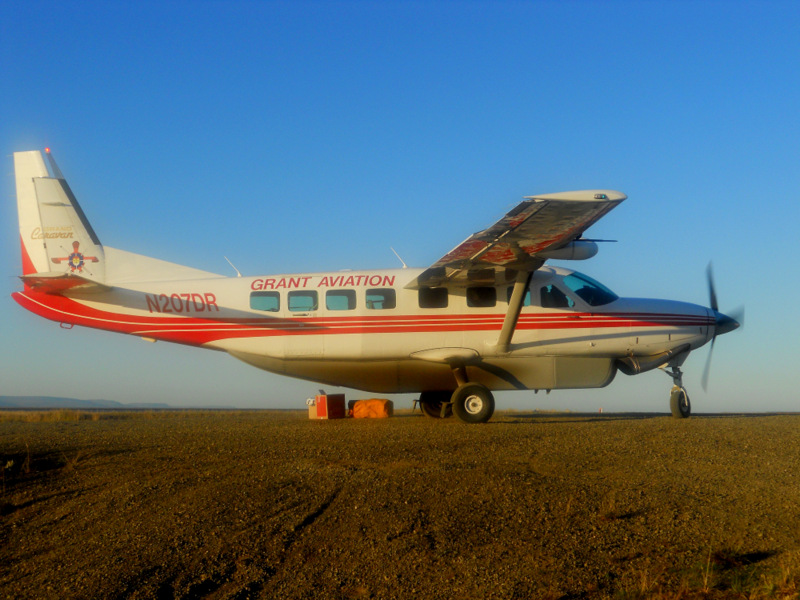 You can hardly see it against the endless horizon. Still, it is there, it has been flying for nearly two hours, from Bethel, in the gloomy light of a March afternoon. Waiting for it to land, a runway covered with ice and packed snow.

A number of Yupik are waiting for it to land. It happens every week, at the same time. It is one of the moments that marks the time of their life, here, in Newtok, on the west coast of Alaska.

A few kids reach the spot, running. One of the children, Julie, stays behind. She is running as fast as she can, she moves along awkwardly, but eventually reaches the other kids and stands there, her mouth open, waiting for the plane to land and the hatch to open up. Julie finds it hard to keep a balance against the strong wind blowing from the plane, she crouches down to be nearer to the ground and get a grip on the snow, and waits.

The small Cessna drops down as if it just came out of the blue, zigzagging to its landing. The hatch opens up, and out come all sorts of things, utensiles, goods. Bikes for the children, boxes of bullets, outboard motors, dehidrated rye cans, sacks of wheat. But no people. The little girl is still standing there, watching the plane slowly turning its tail and taking off towards the nowhere it came from. All around now, there is only silence.

A Land of Mud

The sun has just risen in Newtok. One, two, three, twenty wood houses scattered in the snow. Some of them are wobbling, tilting, about to collapse, underpinned on every side, with all sorts of supports. Life, here, seems all the more temporary.

I leave Newtok behind. A few hundred meters of white, packed snow, and we start hearing the sound of water, the snow under our feet sounds different too. And, suddenly, here’s the river. The water level on the banks is low, during this season the river is nothing more than a stream, running fast towards the Bering sea. Looking back from here, the village doesn’t seems to be far away. The river, during the last few years, has just gotten too close.

Walking down one of the boardwalks laid all through the village, I run into an old man. He tells me that seasons have changed here. When there used to be ice here, the white permafrost would fend off the rays of the sun, even during the summer. But now there’s mud around, the sun gracefully pierces the land, warming it up and turning it into mud, year after year.

Some of the houses in Newtok are sinking, the old man says. His name is John. Every Yupik is known by an American name. Their real name, the one in their own language, they never pronounce it. Not in the presence of foreigners.

Farther away, a bunch of Siberian huskys, start whining, dribbling. They know it is their turn now. A bunch of men are getting ready to go fishing. In a few moments, dragged by the huskys, the sleigh is sliding fast towards the white horizon. 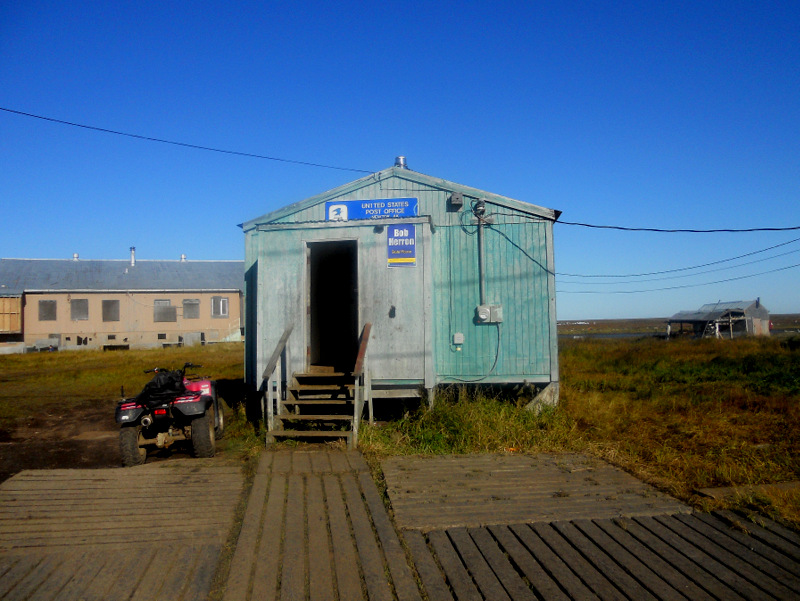 In the common house, the Ceiftain (the community’s representative) is explaining the government’s plans for possible solutions, but they seem unrealistic. And there is not enough money to move 350 Yupiks. Newtok is only one of the eight towns in this part of Alaska which are about to disappear.

A clear, blue sky. The Cessna plane is landing again, but this time there’s something else flying around, high up, drawing pictures in the sky that change and point to the north: it-s the ducks, coming back from the south. It means summer is on its way. But this means that we do not know whether the plane will be able to land there in a few weeks time. The mud might make it impossible.

John is sitting by the window, looking at the river flowing forward. It is now very near his house. He remembers the old times, his father already predicted, then, what was now happening: he knew it because he used to look around him and read the signs that nature was sending.

Night is falling. The shadows of the old houses – some of them sloping to one side – stand out on the ground eating up the snow, on the gloomy, still water pools, which in a few weeks will expand and deepen, swallowing the streets and the yards. Newtok is wrapped up in silence. Only the sound of footsteps on the mud, thickening in the evening.

For a few days now, a snow blizzard's been sweeping Newtok and the water of the river. I look around and wonder whether I could ever live here. I couldn't, I wouldn't be strong enough, not enough faith in nature, in fate, and in myself.

At the grocery store, a woman tells me that people here do not mind the blizzard, and the snow. Snow means safety, somehow. Houses are safer in winter, no mud, no floadings. But every year, winter starts later and later, and it ends sooner and sooner.

The blizzard’s gone, leaving Newtok covered in snow. The sun reflects on the ice. In the sky, flocks of ducks and mallards. I watch them fly away, until they disappear beyond the clouds.

Helen is around my age, I think, she is Julie's mother, and one of the very few women who would talk to me. Usually Yupiks do not trust foreigners much. She tells me she is going to leave soon, with the whole family. They're going to the city, to Bethel. Everyone seems to have forgotten Newtok, the truth is that, for the rest of the world, Newtok doesn’t exist. Her husband has been thinking about it carefully and realized that they have no other choice. With the mud, there’s no work, and without work, there’s no life.

John is Helen's father-in-law. He is sitting there, impenetrable as usual. But his face is like a map to me, of his feelings past and present, of the things he has seen, of everything he knows, even if he is always lived there, in that distant corner of the world. Helen keeps talking: she is worried about John, because his house is collapsing in the mud, but he would not move to Bethel with them.

John speaks slowly, he reminds Helen that their life, and their own identity, are based on isolation, and it is only through isolation that the Yupiks have shaped the sense of community. He tells us a story, going far back in time. A story about the times when they were a nomad tribe. One day, a few families decided to stop here, by this river, and stayed, stayed a long time… 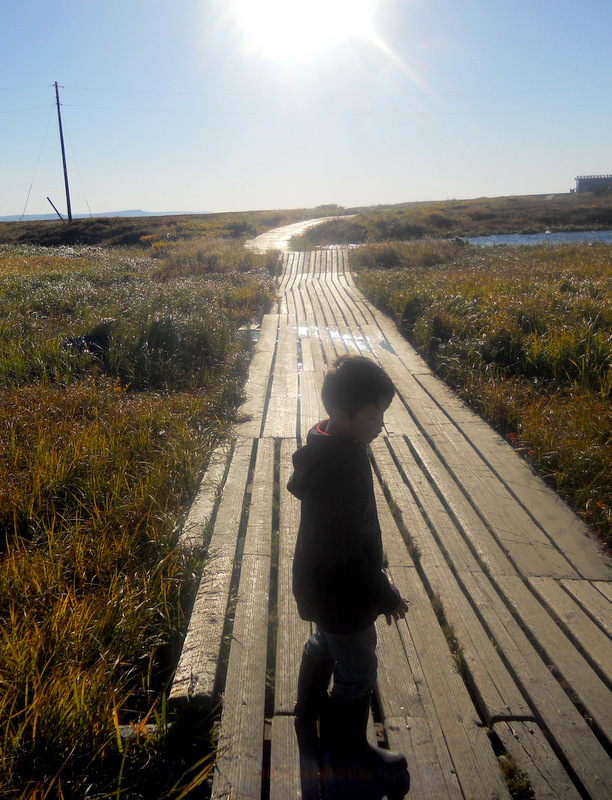 Outside it is cold, but the air is clear. I smell the air, I can smell snow, and water, and mud, and ice, and winter. The sun is still too far and too pale to be sensed.

The small plane is on the runway. Julie hugs her grandfather, who has come to say goodbye. She is too young to prevent a tear from falling out of her eyes. He hugs her, not a word is said. The family gets on the plane. Julie looks at John from the plane’s window, he is still standing there. The hatch can be heard closing heavily, the noise from the engines is deafening.

I see that the girl's eyes are on her grandfather. He looks at her, and finally smiles. She puts her hand on the window, her palm open, as if she wanted to touch him, to say goodbye again. And the old man does the same, he holds his palm open towards her, high up in the clear air.

The sun is lighting up the horizon. The plane takes off, high up in the sky. John follows it with his eyes until it dilutes into the whiteness of the end of the world. Only then, maybe because of the sun hitting his face, John finds his eyes become wet. Or at least, this is what I like to think.

Though this story is based on real facts and places, names and situations are fictional.