Communication, Empathy and the Crisis of Multilateralism: Gassman’s Lesson to Us

On 16 January the UN Secretary-General, Antonio Guterres, briefed the General Assembly about the achievements and challenges faced by the UN system in 2018 and his priorities for 2019. He admitted that the UN had been “extremely naive” in the period leading up to the adoption of the Global Compact for Migration. About two months before the December Conference in Marrakech a campaign launched on various social media platforms affirmed three key lies about the Global Compact, namely that:

Each of these statements is manifestly false; yet they were proposed as objective truths by some mainstream media, political parties and movements that used them in the context of highly polarized domestic debates on this sensitive issue. The social media campaign eventually influenced public opinion so much that some governments that had previously supported the Global Compact decided to withdraw their participation from the Marrakech Conference. And all of this despite the fact that the Global Compact fully respects national sovereignty; it does not establish a new human right to migration (although it strives for a human rights-based approach to international migration); and it does not impose any UN policy either on national border controls or on national policies on migration.

UN Secretary General Antonio Guterres stressed that the UN grossly underestimated the threat posed by the social media campaign to the Global Compact, and its capacity to communicate false facts by building on people’s fears and perceptions that some political actors effectively used for reinforcing xenophobic positions. He said that the UN needs to change the way it communicates about what it does, and the way it connects emotionally with people. He added that it is not enough to argue rationally about the Global Compact; it is necessary to communicate empathically about it. For example, it is clear that the Global Compact defines mechanisms for international cooperation for safe, orderly and regular migration to address problems that any one country would be unable to sort out in isolation. It would therefore be in the interest of all countries – whether origin, transit or destination states for migrants – that such an important framework be adopted in order to enhance the limited capacities that individual countries could deploy for tackling the issue, especially at times when migratory flows change in nature and magnitude as a consequence of different causes (wars, political and economic crises, natural disasters and new challenges, like the impact of climate change). However, the successful social media campaign against the Global Compact shows that it is important to speak not only to the mind, but also to the heart of the people.

S-G Guterres drew a few lessons from this experience. He said that similar campaigns will likely be replicated, especially within the current crisis of multilateralism. He underscored that the UN should go the extra mile in communicating better with the public, so as to show that the system is not only effective in proposing practical solutions, but also more connected with the needs, the aspirations and the problems of the people the UN cares for. 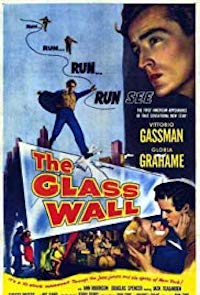 When I listened to Guterres’ words, Maxwell Shane’s 1953 movie entitled The Glass Wall came to mind, as some of its dialogues are indicative of how the UN should move forward in communicating about the Global Compact and other global issues at the core of multilateralism. It is the first movie ever shot in the UN headquarters in New York; actually, it took over fifty years before the UN authorized the shooting of another movie – The Interpreter (2005) – in the conference building. The Glass Wall deals with the same issues addressed by the UN Global Compacts for Migration and Refugees. The movie was shot two years after the adoption of the 1951 Refugee Convention in Geneva, and five years after the approval of the 1948 Universal Declaration on Human Rights. 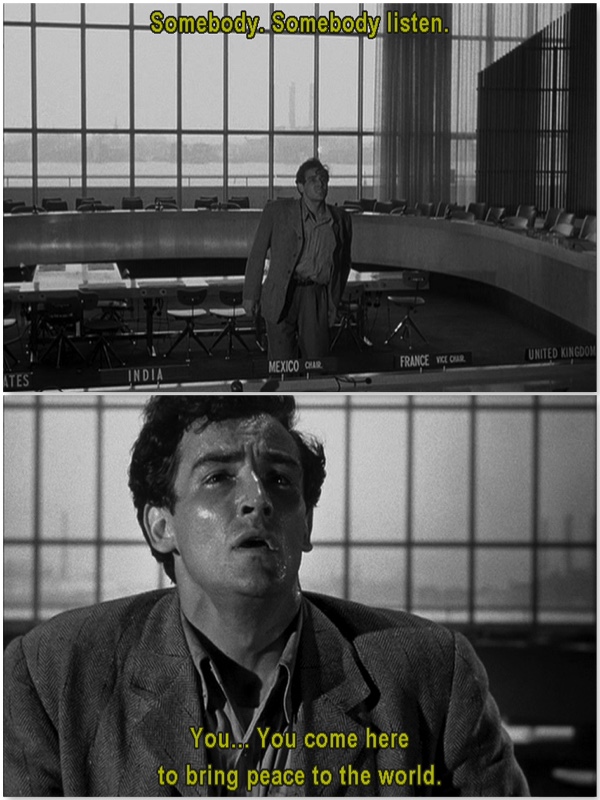 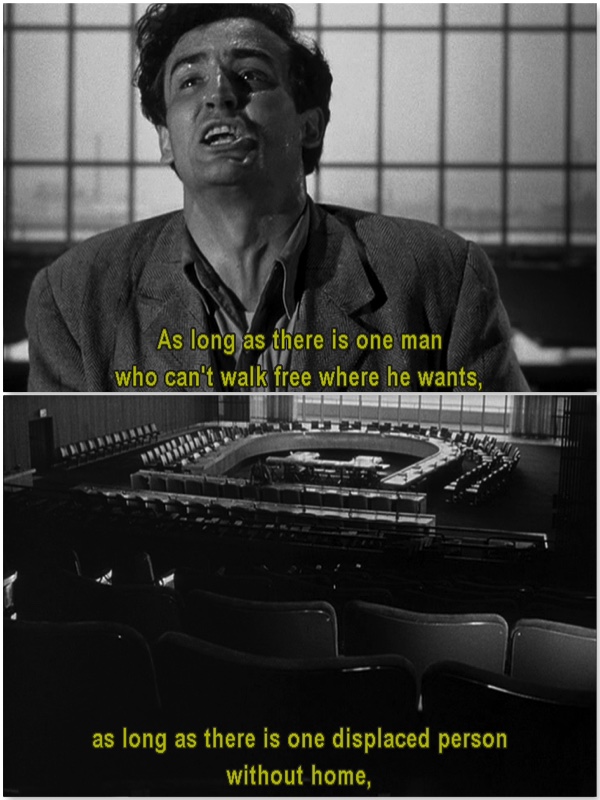 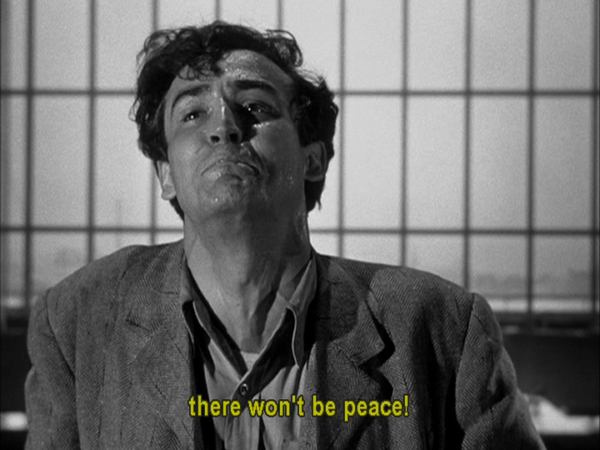 The lead character is Peter Kuban, a Hungarian “DP” – Displaced Person – who survived the Nazi concentration camps and managed to board a ship of refugees in the Italian port of Trieste. Since he is unable to prove his identity and the contribution he gave to the allies’ cause during the war (he had saved a US marine from death, which would qualify him for legal immigration, but he could not provide any evidence of this without the marine’s endorsement), the US immigration authorities decide in favor of his deportation back to Hungary, despite the threat that this would pose to his life. He jumps off the boat in desperate search of the friend he saved, who lives in New York, and he has only one night to find him, otherwise he will be expelled as an illegal alien. Against all odds, after a long man-hunt he might just be saved.

At the end of his errands in search of his friend, at dawn Kuban enters the then newly built UN Headquarters. The most topical sequence of the movie takes place in a deserted “Commission on Human Rights”, which looks exactly as the Trusteeship Council Chamber where S-G Guterres delivered his speech on January 16. In front of the empty seats of Member States, Kuban delivers a moving monologue. Here are his words: “Somebody. Somebody listen… You… you come here to bring peace to the world. But what is the world? As long as there is one man who can’t walk free where he wants, as long as there is one displaced person without home, there won’t be peace! Because to each man, he’s the world!… Nobody listens!”

I was impressed by the words of S-G Guterres, as they mirror Kuban’s monologue. I was particularly stricken by the relevance of the movie to the current debate on the Global Compact. First of all, some actors act in the 1953 movie as one would not imagine today:

At a deeper level of analysis, the director’s portrayal of a monologue by a Displaced Person to an empty hall in a brand-new UN building anticipated the risks of irrelevance of the multilateral system that are being debated 66 years later, if the UN does not speak to the needs and problems of the people it should be caring for. It is also tremendously relevant to S-G Guterres’ argument about the importance of a smarter way of communicating what the UN stands for. The scene of a monologue uttered by a desperate and lonely person in the vacuum of modernist architecture, captured in the cold register of black and white photography, triggers the sort of emotionally attuned, empathetic and prescient reaction that is needed for reaching out to the hearts of UN audiences.

No doubt, The Glass Wall spoke to a topic that was shaped through the public discourse of post-World War II political realities. Since then the context has changed a lot. It is evident, for instance, that a treaty like the 1951 Refugee Convention would not be negotiated in the same terms today, given the current poisoned political atmosphere. However, the movie still sends us a loud and clear message. In another memorable scene, a Hungarian-American mother slaps her son in the face, because he does not want to help “a lousy foreigner”, by saying: “Don’t ever forget that your dad was a lousy foreigner!”. We tend indeed to forget this simple, albeit uncomfortable fact. Migration is a fundamental component of the historical memory of many countries, even if many of them seem to reject the very idea that “people on the move” are at the core of economic, social and cultural change.

Yet Another Pompeiian Surprise: A Nearly Perfectly Preserved Pregnant Tortoise