The UN and the Protection of Cultural Heritage: Italy and Jordan in the Forefront Against ISIS

This past Tuesday, on December 15, a new collection of art was unveiled at the United Nations Headquarters. UNESCO (United Nations Educational, Scientific and Cultural Organization), the Antiquities Coalition and the countries of Italy and Jordan have come together in a new initiative, called “Protecting Cultural Heritage: An Imperative of Humanity.” At the United Nations, the initiative features interactive presentations with information about the project and the work of the Antiquities Coalition, as well as three magnificent amphorae (recovered by the Italian Carabinieri Corps). 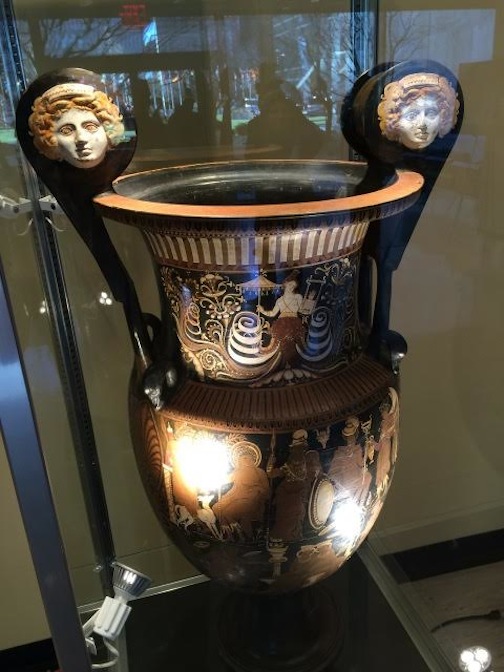 The Antiquities Coalition approached the UN in hopes of receiving financial support to “cut off extremist funding from cultural racketeering,” and to seek out, retreive, and protect culturally significant art, with the overarching goal of preserving cultures and their artifacts. The joint press release by Italy and Jordan state that, “Organized looting, illicit trafficking and sale of cultural objects has reached an unprecedented scale,” and that, “terrorist groups are using these acts as a tactic of war to intimidate populations and governments.” The UN Security Council and the General Assembly have both condemned the destruction of cultural property, and support this joint initiative. The Director-General of UNESCO, Irina Bokova, said, “Culture is on the frontline of conflict – we must place it at the heart of peacebuilding”.

The initiative, which was launched on September 27, also has the support of UNODC (United Nations Office on Drugs and Crime), and INTERPOL, the world’s largest police organization. Yury Fedotov, Executive Director of UNODC, stressed that crimes against cultural artifacts are “crimes that strike at the very core of our civilization and heritage,” and Mireille Ballestrazzi, the President of INTERPOL, emphasized the need “to combine our efforts and resources to efficiently curb this criminal phenomenon and protect the world’s cultural heritage for future generations”.

The Protecting Cultural Heritage project remains open to all member states, and encourages the public to get involved through social media, using the hashtag #ProtectHeritage.