Emanuele, Asperger and I: What Hollywood Doesn’t Tell Us About Living With It

Asperger Syndrome does not hurt, you don’t die from it, but it destroys the essence of the person. Raising public awareness must start with the family and the school

Photo by Victoria Borodinova from Pexels

The movie Rain Man took in 350 million dollars at the Box Office. What’s more, it garnered four Oscars, two Golden Globes and an endless series of awards and nominations for Barry Levinson’s impressive direction, the powerful drama of the historic film, Dustin Hoffman’s touching interpretation, and finally the original script. Original because the authors Ronald Bass and Barry Morrow were really pioneers in talking about autism in a movie. In 1988, American cinema was still far from presenting characters such as Forrest Gump or Christian Wolf – the latter being the mathematical genius portrayed by actor Ben Affleck in The Accountant by Gavin O’Connor. The audience suddenly found themselves facing a personality disorder never heard of before or not well-known.

But if the emotional involvement of a great movie pushes us to fall in love with people like Raymond in Rain Man and feel him as part of the family, when you live with an autistic person that magical emotion disappears to make room for a bitter and helpless resignation to the truth of the facts.

One thing is for sure: there is a huge gap between the “imagined” and the “real” reality, from film to real life. Thankfully, cinema’s stereotypes associated with autism were replaced by concrete stories like that of Professor Temple Grandin – told in a Mick Jackson documentary – who has transformed his condition into a successful life. Furthermore, since autism was officially recognized, many movies have contributed to popularizing the condition– and specifically about Asperger Syndrome. And while celebrities are getting “outed”, speculation is also increasingly frequent about important personalities of the past such as the composer Mozart and the scientists Albert Einstein, Isaac Newton and Alan Turing.

When Robbie Williams, the former member of the rock group “Take That,” revealed to the BBC that he has Asperger Syndrome, the news spread around the world  and  the web, because  even if we have known autism thanks to Hollywood, not all of us really know what it means to be an ‘aspie’; a less severe variant of autism–hard to identify- from which many geniuses and artists suffer.

To be honest I wasn’t even familiar with Asperger Syndrome. I had never heard of it until it took Emanuele away from me. I mean, he’s still here, in the sense that he’s still physically with us, but his essence has disappeared, become dormant. At an exact point of our existence someone or something cut the thread that united us, or better, that united Emanuele’s body–his eyes, his gestures, his lifeline–to his soul.

The Asperger I didn’t know erased Emanuele and handed me another person; as happens in some science fiction movie when human beings are replaced. A kind of identity and personality exchange. Obliterated thirty years of life together. Thirty years of memories, laughter, games and secrets. Childhood, adolescence, first loves and first disappointments… all lost, disappeared. Such a brain reset! 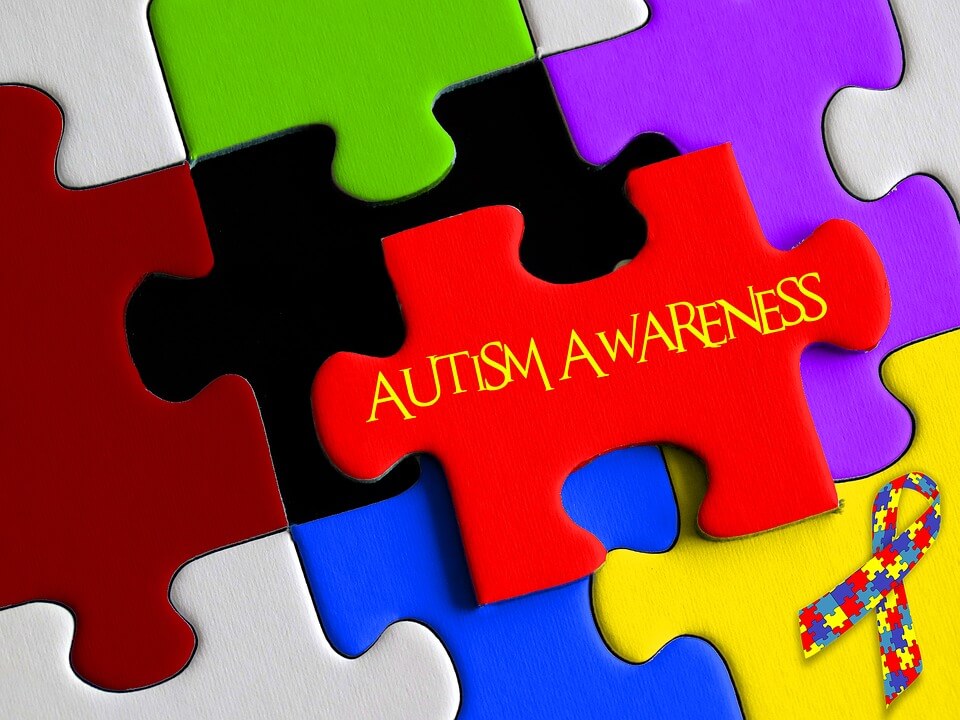 Emanuele entered into a world of his own in which there’s no place for ‘ the others’. A dimension in which he peacefully lives at his own pace, in his own space, with his little quirks, but which strongly clashes with the so-called conventional one. Yes, because while the character of Raymond is admired and an entire audience applauds Dustin Hoffmann’s performance, in a conforming society like ours, shaped by and in/formed within the context of the so-called ‘frame’ that conventionally rejects difference, a person in Emanuele’s condition is discriminated against, marginalized.

Not a day goes by without my latest attempt to reconstruct the puzzle of our disintegrated existence. I look at the photos of the child he was and I feel pain.

I don’t dare to think what a mother could feel, a mother who has not even had a chance to say goodbye to her son left dangling somewhere, stuck in a limbo of his alternative life and condemned to eternal waiting for someone who turns the page for him.

The undiagnosed Asperger shatters balances, interferes in social relations, leads to psychiatric perplexity. Knowing the Syndrome means being able to manage the disorder. And we didn’t know it.

Emanuele was a sensitive child, the youngest of three brothers. As often happens for the third child, he was the one who received less attention and he could potentially have had what the British call LFS, Less Favored Syndrome.  He had no difficulty in communication, but he spent entire afternoons locked in his room or playing with cats. He was perpetually distracted and listless at school, but he managed to get good results. He was often mocked for his awkwardness and for the slowness of his movements, but he rarely reacted to provocations.

He had a remarkable intelligence but seemed reluctant to share his knowledge.
In truth he was unable to interact despite the desire to do so. Since elementary school he was using a polished vocabulary and an elaborate syntax, but his speeches were often boring and seemingly nonsensical. There was actually a lot of sense, but at the time we were too busy holding off teenage hormones to find a meaning in Emanuele’s speeches. 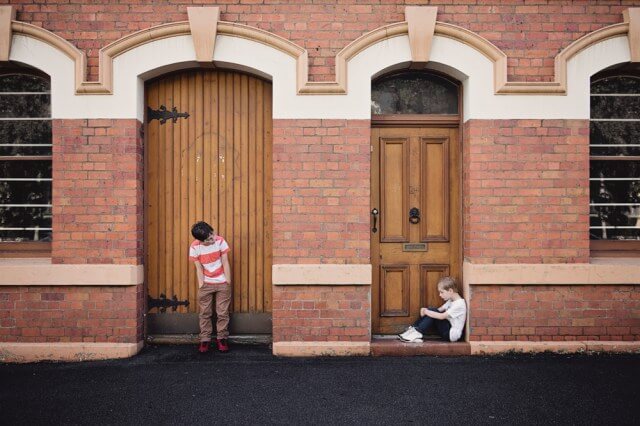 He was always punctual to school and, once grown, to work. He was monotonous and habitual and had an obsession with some Japanese cartoons. Sometimes he even seemed uncoordinated in his movements but we believed it was because of his height. On the contrary, he had an incredible physical strength. He looked like a swollen river, ready to overflow in the place and at the wrong moment. Just changing the day’s schedule was enough to make him grumpy. He didn’t understand the gags, he didn’t grasp the metaphors, he didn’t laugh if we joked with him. He was surrounded by a few friends, mostly domineering and aggressive, and he was often bullied. When we began to understand his condition, his social relations were already compromised.

I don’t remember when the “point of rupture” occurred and it is still incomprehensible to us why we didn’t notice that “point of rupture”. We were probably dealing with too many other problems to take care of his too. To admit that there might be a health issue was unconsciously unacceptable to us. It was better to believe that Emanuele was just a little strange.

I have tried several times to look in his eye, but there is no contact; he’s not there.

For years I missed hearing him call my name or ask me “How’s it going?”. And that lack became an abysmal absence on every one of my birthdays. Although he had never forgotten one, he suddenly had canceled dates and anniversaries.

It’s impossible to explain an existential void to someone who has never fallen into it. It’s such a vast and terrible chasm that doesn’t allow imagining how much suffering can enter into it. A gash that shatters normal everyday life and breaks the natural course of an existence. For me Emanuele will always remain a missed adult: he won’t grow up, he won’t age, maybe he won’t ever die.

Twenty years have passed since Asperger took him. When I came to know the syndrome, I started helping him and he has made great progress. He just needed someone who didn’t consider him ‘strange’.

You don’t die of Asperger and it can even become the strength in someone’s life. It’s a type of autism almost never identified, affecting at least 1 in 250 children, even in adulthood.

The causes are unclear, but it seems that genetic factors and especially environmental ones, contribute to the condition. You can live with Asperger your whole life without realizing it, but it takes little to trigger the disorder with all its disruptions.

It’s hard to diagnose it because the ‘aspies’ often have above-average intelligence, and

that value becomes the screen behind which the Syndrome and the parents hide.

However, calmly accepting the diagnosis without hiding it behind the child’s personality traits would change the quality of life of both the Asperger’s bearer and of those who are indirectly involved, and would help to dispel the many clichés.

“It is not me who is strange, the others are all the same,” someone said.

Yes, because Asperger Syndrome does not hurt,  but it hurts the way the ‘aspies’ are treated, and in a society where “disability is not inherent in an individual but is, rather, a relational concept–a function of the interaction of the person with the social and physical environments”, raising public awareness to foster an inclusive culture that supports and respects diversity is the key. But to get results the information must start with the family and the school.

Oh, I forgot: Emanuele wished me well on my last birthday.