Italians First? The Story of Tibor Wlassics, with Whom I Studied Dante in America

The love of Italian culture that impassions those not born in Italy makes us better understand why certain slogans don’t make sense.

I learned to know and love Italian literature mostly thanks to four people named John, Tibor, Zygmunt e Jeffrey. Names that are far from being Italian — someone will rightfully state – but four extraordinary scholars, due to their knowledge, originality, and depth of thought and of interpretation, and with whom I had the fortune of studying with while at university in the U.S. As we well know, the idea of Italy for five centuries was purely literary:  a unified state did not exist, in the various states and statelets local dialects were spoken, and as well, at times the languages of the European powers that ruled them. The language conceived and forged by Dante, Petrarca and Boccaccio based on the Florentine vernacular model was the lingua franca only in literary text. When we speak of Italy and of Italians, we must always remember this fundamental fact, otherwise we risk stating nonsense. Those who have the pleasure of following this column may remember a previous article of mine, in which I maintained that contemporary Italian literature is enriched today by writers that are not Italian by birth, or that make their home outside of Italy, or that do not have any bond with Italy other than that of having adopted its language: Helena Janeczek, Jhumpa Lahiri, Amara Lakhous, Igiaba Scego, to name a few. The contribution of these writers is fundamental, not only because it reflects the multiple facets of contemporary Italian society, but also because each of these authors conveys in his or her books written in Italian, also the wisdom, perspective and intonation of the languages and cultures from which they come. Without their contribution, our language and our literature today would be lacking.

But let’s return to the professors with the non-Italian names. Having arrived to the U.S. after my university degree in Parma, I found myself studying with them and discovering a world that I barely knew existed: a world full of teachers and students of every ethnic origin and nationality that, from pure passion, decided to dedicate their lives to our literature and our culture. In the beginning, I was astounded and curious about their choice: Italian, after all, is a language that is not spoken by many people and is concentrated in one area — with an interesting past, no doubt, but not very relevant within the scenario of contemporary geopolitics.

The first professor that I found along my path was Tibor Wlassics (thanks to him, I began my American adventure). Tibor was born and raised in Hungary, he came from a prominent family, his father was imprisoned right after the war as an ‘enemy of the people’, and his mother died soon afterwards of heartbreak. He and his brother were able to study thanks to the Jesuits that hid their identity. In 1956, during the Hungarian Revolution, they were able to defect, and after the harsh repression, were able to cross over into Austria. When Red Cross officials asked the refugees where they wanted to go, Tibor replied, “where the sea is…I have never seen it”, and so he arrived in Genoa, without knowing one word of Italian, getting by only in Latin, which he knew perfectly. In only four years, he graduated university with a degree in Italian Literature and he married Luciana, a young woman who seemed to be the modern incarnation of the women of the Dolce Stil Novo. Thanks to a scholarship, he was able to continue his studies with a doctorate from Columbia University, and a dissertation on Dante, obviously. 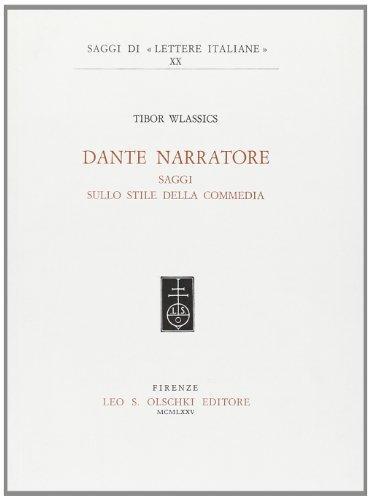 Tibor founded the Master’s program at the University of Virginia, and the periodical Dante Studies that he managed for years, publishing seminal studies on Dante, Galileo and Pavese. But above all, he was a fantastic teacher and an incredible storyteller, with his deep baritone voice and his unmistakable Hungarian accent that followed him in whichever language he spoke. Each year, on the anniversary of the revolution of 1956, he would dedicate one of his lessons to it, tailored to a personal memory. He would always conclude the lesson by remembering how, on the day following the most violent clashes, the bodies of the young people killed by the Soviet troops on the streets of Budapest were covered by shovelfuls of quicklime to avoid infection, but to also serve as a warning. “The white flowers of the revolution” Tibor would call them. A surreal silence would come over the classroom, and amongst those twenty-somethings there wasn’t a dry eye.

Tibor, who was a distinguished philologist and a very refined critic, understood authors such as Dante and Galileo, mostly thanks to his personal experience as a victim of persecution, an exile, a refugee, a migrant. The more I think about it, the more I am happy to have studied Dante with that noble Hungarian man. “Italians First” does not make any sense, even when speaking of professors of Italian literature. I will speak to you of John, Zygmunt and Jeffrey at another time.