“Genius and Madness” in New York, Sicily in the Soul: Angela Fodale Palladino

It was the Big Apple that ordained her an artist, but now, at 90 years old, she would like to bring her art back to Sicily, “where it all began.”

Not a day goes by without painting or sculpting because her daily life is articulated by art, defining time and space through her creations. At 90 years of age, Angela Fodale Palladino, artist of Sicilian origin, but a New Yorker since 1958, prepares her next exhibition surrounded by paintbrushes, drawings, sculptures, and paintings that are taking shape. Strong colors stand out against the gray of a timidly spring day in her Upper East Side apartment.

Angela’s life is inextricably interwoven with that of a woman, mother, wife, and grandmother.

The story of her life—bright, ironic, historical, and at times moving and human—becomes the subject of a very long chat in her lab-like museum-home, where she spent the greater part of her life with her husband, Tony Palladino, the famous designer and commercial artist who passed away in 2014.

Her childhood in German-occupied Trapani

Sunny and white, bright even when the smoke of bombs contrasted with the whiteness of its light. This is her memory of Trapani, the city in the Western part of Sicily where Angela was born and raised before she moved to Rome. Daughter of a draughtsman for Ford automobiles born in Detroit, who returned to Sicily during WWI, Angela lived through the drama and despair of WWII and the invasion of Trapani by the German troops. “I must have been around 11 years old when, during the war, I was walking around the streets with my brother and we ran into a German soldier who warned us to immediately go back home. But then the Americans arrived and handed out candies and chocolate. I was raised in poor and war-tormented Sicily, where being a woman meant being an object belonging to others. I, however, have always been a rebel. As a kid, I hated painting and I dreamed of becoming a lawyer to defend women’s rights. I knew my destiny would be different.”

She studied Classics in Rome and then in London, where she began her career as a painter and potter, but it was in New York that Angela established herself as an artist. In the Big Apple, she met the man of her life, Tony Palladino, who would become her husband and the father of her two daughters, Sabrina and Kate. He became a renowned New York artist for designing the cover of Psycho, the novel by Robert Bloch. The rights to use the graphic were also bought by Hitchcock, ensuring Palladino’s international reputation. 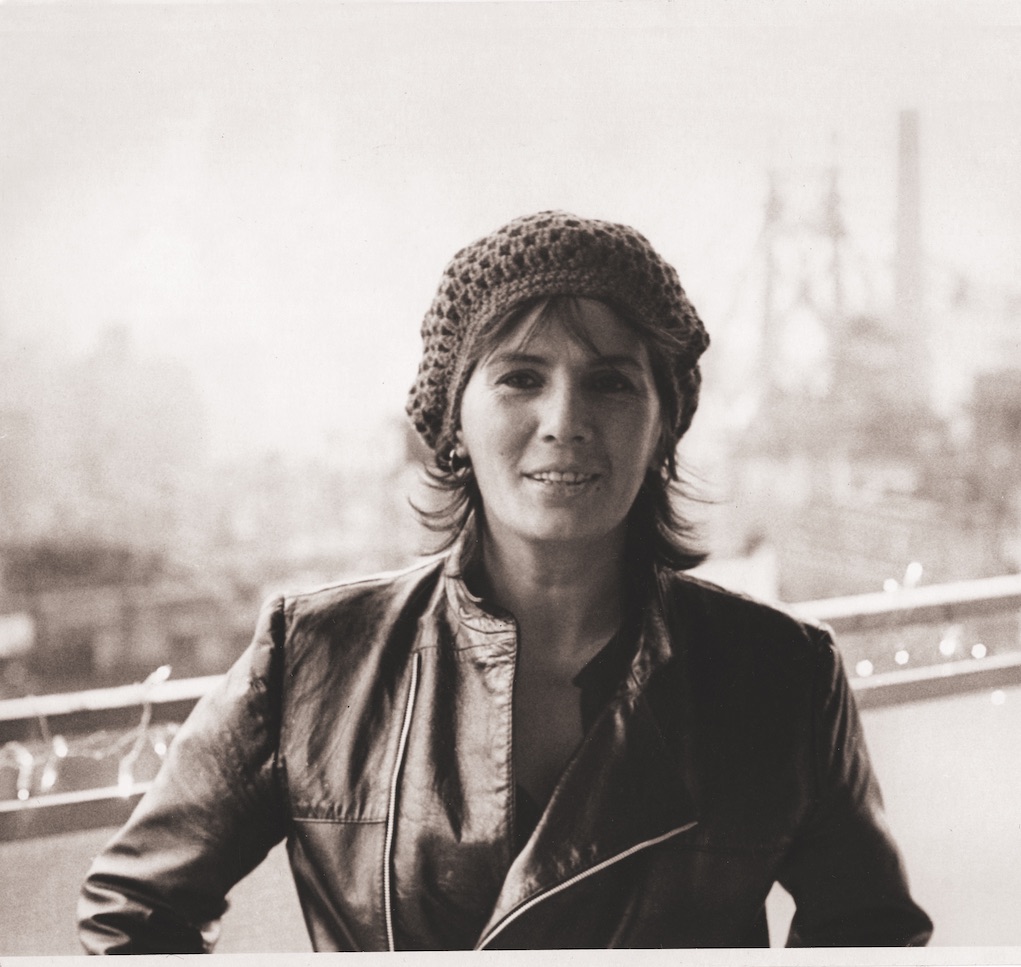 The Golden Years in New York and Angela’s Artwork

Still relatively unknown in her native land, it is overseas that she found her inspiration and full artistic recognition. Many critics have seen her art as part of the “naïve” style for its fresh and spontaneous style of using shapes and colors. At 90 years of age, Angela glides smoothly between sculpting and painting, keeping her creative impetus steady and productive. Her most famous works are found today at the Smithsonian Institute in Washington D.C. and in galleries all over the world, having also received awards at the Venice Biennale.

There isn’t a day or a moment when Angela starts work without thinking about her husband, Tony, who died in 2014. It was Tony himself who had discovered Angela’s artistic soul, and encouraged her to paint. “As a girl, I felt a certain resistance and fear of drawing. It was in a hospital bed, before giving birth, that I started sketching,” Angela recounted. “‘You are a genius,’ Tony told me, looking at that first drawing. Since then, I’ve never stopped.”

Those were great years of artistic ferment in a New York immersed in experimentation and innovation for Tony and Angela. “Genius and madness,” remembers Angela, “and definitely wellbeing in the America of the 1980s. I love NY, in no uncertain terms. A unique and extraordinary energy. Today’s America is not what it used to be, but there’s still no city in the world that can match it,” Angela says.

The Island, Continent, and Source of Inspiration for Angela

You can’t help but feel the warm Sicilian sun in Angela’s paintings, that vivid sense of bright color, combined with deep black and the full-bodied Spanish heritage. Her inspiration is in the popular style, simple but naturally skillful and of a strong communicative impact, while her narrative structure recalls the painted panels with which the old storytellers illustrated their ballads.

Whether they are the Sicilian women depicted in a matriarchal vision of the motherland, or they are the voluptuous ladies of Ischia, the

island the painter is very fond of, it is women who are the main protagonists of Angela’s works. All of them express a strong temperament underscored by the sensuality of the shapes and the use of bright and intense colors and features. “Inside every woman there is a unique and personal story. It is their strength, their courage and their extraordinary way of being in the world that I want to narrate,” Angela continues. “But also, their desire to succeed and to liberate themselves: what I experienced in my youth in Sicily, in an era of the strong repression of women. Ever since, my calling to defend women’s rights was innate and strong, so much so that my dream was to become a lawyer.”

It isn’t only her choice of colors that recalls Angela’s Sicily, it is also her passion for ceramics. Her sculptures bear the imprint of classicism, but are enriched by an expressive strength that recalls the aesthetic of African and Mayan masks. “I remember that, in Sicily, I loved digging and finding objects. If painting is analytical and imposes an expansion of time, sculpture is instinct embodied in the work,” Angela says. “For me, painting is the highest expression of feelings and the state of the soul.”

A book, a return to her land, and still more art in Angela’s future

Fodale Palladino comes from a family of artists. There’s her Sicilian uncle, Rocco Fodale, painter from Trapani; Tonino Fodale, Angela’s brother who worked as a retoucher for the biggest fashion photographers; daughters Sabrina and Kate Palladino, the former a soprano and the latter a designer; and finally granddaughter Alexa Palladino, Hollywood actress. When Angela talks about her husband, Tony, her eyes are bright and still full of great love to this day.

“Ours was a great love. We met by chance  on a New York street one cold  Christmas Eve. He called me and said, ‘You’re the one.’ And he brought me into his studio to show me the photo of a woman. ‘I’ve looked for you for a long time.  Now I’ve found you,’ Tony told me. We were together ever since. There was no competition between us, there was a deep bond. He was Neapolitan, and I, Sicilian in origin. Tony would say, ‘We’re like fire,’ leaving me love notes all over the house, every day.”

Angela is preparing for her next exhibition with the same enthusiasm, energy, and passion as always, focused on still another portrait of a woman. “I would like to publish a book of stories connected to my paintings,” Angela says. “Every painting is linked to a story, to a specific anecdote. Like ‘Lady in the Window,’ which depicts a provocative woman in a bathing suit looking out an Ischian window. Her name is Anna, and I met her during a hot summer afternoon while she was waiting at the window for her love.”

Once in a while, Angela returns to her Sicily. The last time was two years ago. “No one knows me in Trapani and I like walking around the streets of the city. I remember when I met the painter Renato Guttuso in Sicily, who took me by my hand, and De Chirico, who mistook me for an actress. I am deeply Sicilian in my soul; my island has never deserted me. She is with me in my dreams, my memories, but above all, in the colors of my paintings. I would like to bring my art to Sicily. Besides, it’s there that everything started.”