One-on-One with Glenn Cooper: Doctor, Archaeologist and Author of Best-Sellers

The American novelist, much loved in Italy, was on tour recently to promote his latest book. I had an exclusive interview with him.

But how did he manage it?, one thinks of Glenn Cooper. Born and raised in New York, both an archaeologist and medical doctor with a career at American pharmaceutical companies, he has somehow found the time to become a great writer. Italy loves him and Glenn knows it; in fact, he comes here very often to promote his books, from the north to the south of the country. On the 22nd of June in Este he presented I figli di Dio (The Children of God), his newest work, surrounded by his most faithful readers. Three young virgins, separated by great distances and yet sharing the name Maria, discover they are pregnant, and Pope Celestine VI calls upon the expert Cal Donovan to investigate – an unmissable novel for lovers of the genre. Here is the interview.

Dear Glenn, your books are very popular in Italy. You are both an archaeologist and a doctor, albeit with a real passion for writing. Are people born writers or do they develop into them?

“Good writing is teachable up to a point. With good teachers, a person can learn how to structure stories, novels, and scripts but what can’t be taught so well is ideas. I’m convinced there’s something innate in one’s ability to develop story lines and plots. And beyond that I think there’s an innate ability to write certain genres. While I think I’m a pretty capable mystery and thriller writer at this stage in my career, if my life depended on it I couldn’t write good comedy”.

You approached sixty-six literary agents with the manuscript of your first novel – Library of the Dead – and sixty-five rejected it before Steve Kasdin at Sandra Dijkstra Literary Agency agreed to represent you. What would you advise to an aspiring young writer who has not managed to find a publisher yet?

‘The lesson from my experience is that if you really believe in your book, you have to be persistent. If I had gotten discouraged from all my initial rejections and thrown in the towel, I wouldn’t have become a published writer. And your first book isn’t all that likely to be publishable. At a certain point if the feedback is all negative, put the book away and start another one. I know that self-publishing is an option but it’s very hard to break through the noise of all the hundreds of thousands of self-published books out there. Publishers improve books and find audiences. So I’d advise aspiring authors to work hard to find a traditional publisher first”.

Now, onto your relationship with Italy. What draws you to the Belpaese, as we call it?

“Italy has become a home away from home for me. As an historian and archaeologist by training, I have a special appreciation for the country’s rich history and I’ve always had a fascination for the role of the Catholic Church in shaping European history. Fortunately, Italy has become my most important market so I’ve got excuses for returning often”. 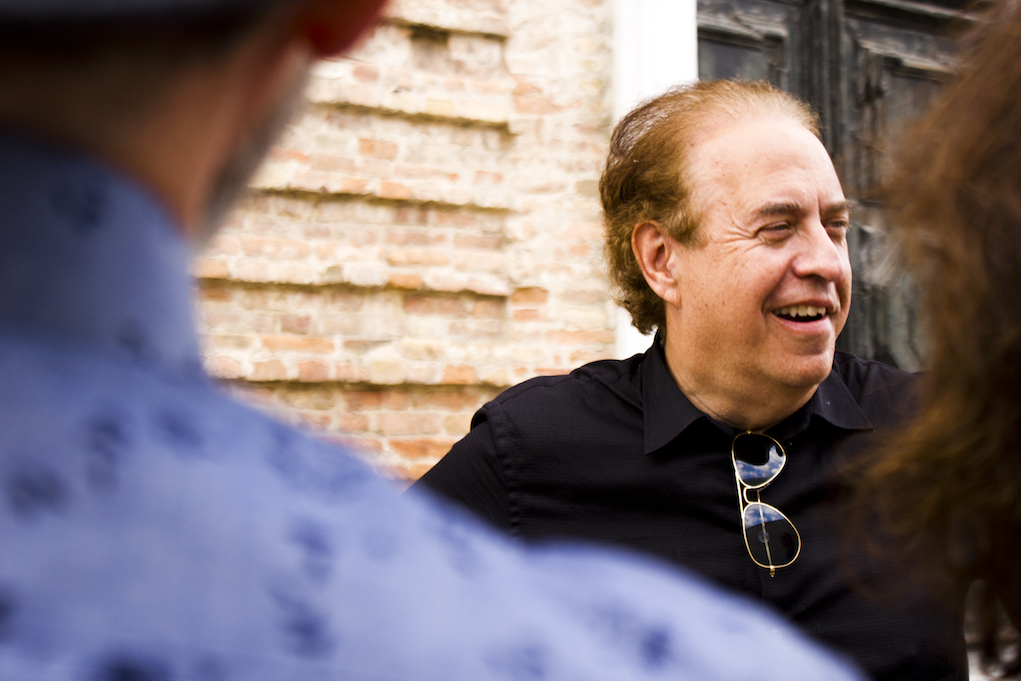 In an interview on Panorama you said you admire Umberto Eco and Andrea Camilleri, but what other Italian authors do you hold in high regard?

“I’d add to the list Antonio Baricco, Italo Calvino, and Elena Ferrante. Also, I’ve just been given an English translation of a young author who writes in my historical genre, Marcello Simoni, and I think he’s terrific”.

Which novel of yours are you most fond of?

“Even though you always love your first (in many things in life) and for me that would be Library of the Dead, I think The Tenth Chamber is my favorite. It deals with a subject I studied intensively as an archaeologist, the prehistoric painted caves of France”.

Philip Roth passed away recently, leaving a void that cannot be filled. Do you believe that he deserved a Nobel Prize?

“The Nobel Prize in literature is so weird I don’t know what to say. It’s almost that the committee goes out of its way most years to find authors that no one reads or knows about. The list of great popular writers like Roth who never won is quite long”.

Finally, a general question about the USA. How has Trump’s presidency been up to now, in your view?