Primomiglio: Raising a 50 Million Fund to Back Italian Startups

A new venture capital fund with investments ranging from 25,000 euros up to about 1 million

In Italy, according to a report of the Ministry of Economic Development, the number of startups is increasing.  They now account for about one-fifth of all companies involved in R&D, amounting to almost 5,500 companies. The majority of them are located in Lombardy, Emilia Romagna, and Latium.

With startups growth there is also an increase in the number of Italian Venture Capital funds, which now are 11, having just added Primomiglio SGR.  The Bank of Italy has recently authorized this Investment Management Company (SGR) to operate; as a result Primomiglio has established the Barcamper Ventures investment fund to invest in Italian startups.  The fund will be tech agnostic but it will favor investment opportunities in forward looking startups presenting innovations in A.I. (Artificial Intelligence), IoT (Internet of Things) and 3D printing.

Among the founders of Primomiglio, we meet Gianluca Dettori, the VC in an RV whom we interviewed some time ago. 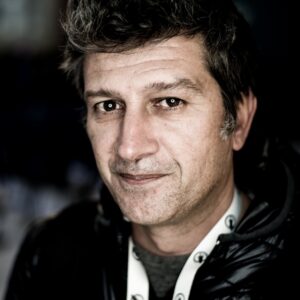 “It’s been ten years since we started getting involved in Venture Capital in Italy with dPixel” said Dettori “We have come a long way and we are convinced that Italian startups represent an opportunity for significant investments. With Barcamper Ventures we believe we have created an investment strategy that will fully grasps the value that Italian technology startups can offer. We want to identify the best entrepreneurs and help them to quickly scale in international markets. Our goal is to do at least 40 investments a year, for the next five years, still using our RV to seek them throughout Italy. “

Barcamper Ventures is raising 50 million Euros. Its investments will range from a minimum of 25,000 Euros for startups admitted to the Barcamper acceleration program of dPixel, up to about 1 million Euro as a lead investor in early-stage rounds. 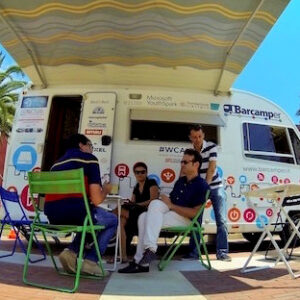 Several investors, including Banca Sella Holding, have joined Primomiglio.  Banca Sella has always been committed to supporting innovation and startups and, for several years, it has been doing it alongside dPixel. As General Partner in Primomiglio, Banca Sella provides its expertise in the fields of fundraising and asset management, as well as in Venture Capital investments.

“We are a retail bank as well as an Italian leader in e-commerce. Among local banks we pioneered startup investments in Italy. In 2000, we began collaborating with one of the first Italian Venture Capital funds called Jupiter,” says Grazia Borri, Head of holdings and investments in Venture Capital at Banca Sella Holding SpA. “We were instantly lucky because we invested in a startup called MutuiOnline which was later listed on the London Stock Exchange. Over the years we have worked in partnership with Gianluca Dettori, and in 2010 we set up a small Seed fund together. Meanwhile our desire to organize ourselves better resulted in Primomiglio, which has both an industrial and a financial component. “

Dettori adds that Banca Sella’s support of dPixel initially, and its involvement in Primomiglio SGR and Barcamper Ventures later, have been critical: “For us it is a privilege to work with the Banca Sella team, namely with Pietro Sella and Grazia Borri, who believed in us and helped us develop our various startup projects.”

Barcamper Ventures will last for ten years and it aims to build in the first five (“Investment Period”) a portfolio of around 200 startups.  Dettori’s team will select them from among the 5,000 they meet every year while traveling across Italy in the Barcamper RV. The fund might make a few investments in Europe and the US, but it will have a strong focus on the Italian startup ecosystem.

Primomiglio wants to create a strong support for startups and innovative business projects that require both capital and training. To achieve this goal it will also cooperate with existing co-workings and accelerators including SellaLab; this way it will be able to offer entrepreneurs a well-defined acceleration process, similar to what 500 Startups and Y Combinator provide in the U.S.

“We believe we have demonstrated that in Italy there are entrepreneurs with the ability to create significant business value.” Continues Dettori, “Barcamper Ventures aims to consolidate this experience, filling the main gaps in the Italian market. We will enable startups with a tested business model, to get adequate resources to quickly scale. We have worked hard to build a great team and a systematized investment process, which can be very impactful and effective. “

Investment activities will start as soon as the fund finishes raising capital, but the Barcamper RV is already in full scouting mode around Italy.

Subsequently, Primomiglio will also apply to become a EUVECA Fund, which has a European scope as it can include foreign investors. “We believe it is important to cooperate with European investors, have more chances of exit in Europe, and present Italian opportunities abroad.” Says Borri, “Today, foreign investors, despite all the problems that Italy may have, begin to recognize that we produce interesting technologies and innovations besides our beautiful brands. “

Banca Sella with dPixel recently invested in Sardex which is working very well and can be an example of the type of startups Barcamper Ventures is looking for. It is a system of mutual credit where a new digital currency is used to exchange goods or services with others in the network.  It works well in areas that lack liquidity. “It was born in a small village in Sardinia, we invested approximately 150,000 Euros and it has already obtained a second round to replicate its model in other countries suffering from a poor economy.”

The Italian startup ecosystem is full of opportunities and Primomiglio wants to highlight the best of them domestically and internationally.