The Anti-Gun Movement: Let’s Change the Mentality, not the Laws!

Part 2 - Student protest movements have been very effective in bringing about change, but this may not turn out to be the case today and here’s why

In my last article, we explored the connections between rampant gun violence and the Second Amendment. We noted that there is much misunderstanding, some innocent and some cynically opportunistic, in the way it’s used by the  Hollywood film and television industry and the National Rifle Association to promote gun ownership, either through  glamorization in one case and the use of fear in the other.

Today the original intentions of the founding fathers have become irrelevant because no matter what they had in mind when they wrote the Bill of Rights, they certainly did not envision a time in our history when those guns would be turned against our own children, even in their schools. When a society systematically targets its children for violence it’s a clear signal that the dam of incivility has burst.  This cycle of violence against children seems to be spreading in general as well. Recently a man taunted and then punched a 5 year old in the face on a New York City subway just for the fun of making him cry.

After much useless debate and protest on the part of anti-gun supporters, and worthless promises on the part of politicians, today the children themselves are taking action to try to stamp out the out-of-control gun violence in this country. The “March for our lives” that was held on March 24, and the ensuing boycotts under the leadership of  student David Hogg, made it clear that the young people see it as a life-or-death struggle. What exactly do these young people want?

The student organizations are making three demands from Congress: 1. ban assault weapons; 2. require universal background checks before gun sales; 3. pass a gun violence restraining order that would allow courts to disarm people who display warning signs of violent behavior. While Parkland survivors and their families did not see the first two demands gain traction, the Florida legislature did pass other measures that Gov. Rick Scott signed into law. One revolves around providing more security, including armed guards in the schools, but that law fell way short of the students’ demands and in the opinion of many, introducing even more guns into the school system is a way to compound the problem rather than to solve it. 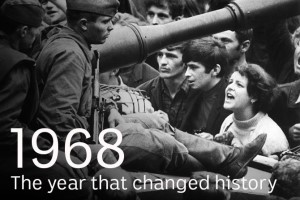 Historically, student protest movements have been very effective in bringing about change. Think of the internationally concerted student protest movements of 1968 and their far-reaching results across the globe. That movement came near to sparking a revolution and it can be asserted with confidence that it was instrumental in bringing about the end of the Viet Nam war. We know therefore, that when young people set their sights on making change they can accomplish it. However, this may not turn out to be the case in this particular movement, for a number of reasons.

The marches and school walkouts that took place this spring involved hundreds of thousands of people and at least initially, they received a lot of media coverage, raising the hope that finally, we might see some positive changes emerge. Yet one of the challenges that it now faces is that it will lose this momentum once the academic year ends and students disperse. The grass roots network may break down and the movement screech to a halt.

Another factor to consider is the utter hypocrisy and cynicism of Donald Trump who, while initially promising to take action after the Parkland shootings, on May 4 at the   NRA convention in Dallas, disavowed his previous position.  Worse, in his speech he mocked the victims of the Paris massacre, suggesting that had they been carrying guns they would have been able to protect themselves. Understandably, his remarks caused global outrage and François Hollande to call his comments “shameful”.

Other promises proved to be just as empty. To cite just one example, Bank of America Corp. after having at the outset indicated that it would not provide financing to gun manufacturers, went back on its word and approved financing to the  Remington Outdoor Co, which makes assault-type rifles.

All sorts of measures have been proposed, many immediately after a shooting. In an article published in The Hill, David Kopel summarizes some of the proposed gun control laws. Here are only a few of a very long list:

For people convicted of domestic violence, even a misdemeanor, how about a lifetime prohibition on firearms possession?

Before a gun store can sell a firearm to an ordinary citizen, the citizen should have to get government approval.

Further, a government license should be required for anyone who wants to manufacture, import, or sell firearms. The license should be mandatory not only for formal businesses, but also for individuals who make repetitive transactions for the purpose of profit.

Anyone who engages in the firearms business without a federal license should be punished by up to five years imprisonment and a $250,000 fine.

Assault rifles must be virtually banned.

Having enumerated the demands, Kopel then stuns us with the revelation that, “Every one of the above restrictions is already federal law, and has been for decades….. they have already been laws since the enactment of the Gun Control Law of 1968.”

Kopel offers no solutions, as indeed who can? The more we learn about the issue the more discouraging and complicated it becomes. Both sides argue passionately—and produce evidence that confirms—their respective positions. Therefore if the student movement is protesting for more gun laws then that may be of little of value. Kopel does confirm essentially what I myself wrote about in my last article, that the current crisis is  more an indication of the need to change the American attitude towards guns than of legislation. The “Santa Fe school shooter,” Dimitrios Pagourtzis, had no mental illness and no criminal record, only what has been dismissed as a “dark side” that was only in hindsight deemed to be visible to Facebook users. Having a “dark side” can be just a euphemism for being a “misfit”. How can even the strictest gun control laws possibly neutralize the danger represented by a “dark side”?

Texas Lt. Gov. Dan Patrick offered a long list of reasons that led to the Santa Fe shooting: “violent video games, the elimination of religion from public schools, abortion, the breakdown of families, unarmed teachers and the design of schools that includes too many entrances.” While some of Patrick’s suggestions make sense, his conclusion that guns were not to blame, that indeed, guns are ‘part of who we are as a nation” is shocking.

Sadly therefore, if the student movement is going to focus on more legislation then it is doomed to fail, we already have a surfeit of laws. If, on the other hand, it can sway the collective sentiment in any positive manner, then that may give us hope for a safer future. Thus far, the number of shootings that have occurred even after the Margery Stoneman massacre offer us little encouragement. As long as people like Dan Patrick proudly identify America with guns, there is little hope of change. It’s that mentality that must change.