The myth of the sacred Second Amendment and the Hollywood connection

This article was first published  on May 18, 2018.  We are reproposing it for your reading because, sadly, here we are three years later and nothing has changed–not in effective legislation to control guns, and not the in mentality that  leads repeatedly to mass shootings.

America is a nation that was born out of violence—it fought a bloody  revolution to break away from its mother country. Undoubtedly self-defense was at one point in its history a necessity for survival, yet this survivalist mentality is still alive today, and it’s feeding the rampant ownership of legal and illegal guns. If you ask gun supporters why they need a gun, most often the reply is that they need it to defend themselves against people who own guns. The rational flaw in this argument, that has been called the “self-defense self-delusion”, is stunning and it would be hard to think of a clearer example of a vicious cycle—a problem that fuels itself.

That self-defense is a delusion becomes painfully evident when you consider the number of school shootings that have occurred lately. Indeed, today there was another in Santa Fe High School near Houston, Texas in which  nine students and one teacher were killed and many others were wounded. The shooter, a 17 year old student, was not defending himself–not by any stretch of the imagination.

While there is more than one factor that contributes to the steely resistance to any gun control legislation, the one that is ceaselessly invoked and that seems to underlie it, is the sacred myth of the Second Amendment. We understand that this is rooted in history, but why do so many people still cling to it today?

The sacrosanct adherence to the Second Amendment is almost totally based on ignorance about the Bill of Rights and on a biased or corrupted interpretation of the Founding Father’s intentions and motivations.  The Founding Fathers had recently lived through the violence of oppression by what they considered to be “a foreign power,” and the British army was the visible and immediate instrument of that subjugation. The winning of this war—and hence, freedom from tyranny–had been made possible by the collective efforts of the colonial  citizenry that fought against the British standing army. Jefferson and his cohort were well aware of the dangers of a standing army and how it could so easily degenerate into a force of despotism. They wanted at all costs to avoid needing it in their newly founded nation. With the Second Amendment that they wrote into the Bill of Rights, the Founding Fathers expressed the intention that every citizen be a part-time soldier to protect the nation  in the absence of an army. Indeed, as proof that they conceived the right to bear arms to be only in the service of the defense of the nation,  the Founding Fathers placed many restrictions on who could and who could not participate in the militia and therefore own arms—the original form of “gun control” regulations. Given the original purpose of the Second Amendment, it follows logically that if you do have a standing army then the local citizenry need no longer serve as its militia and the Second Amendment becomes simply void of its purpose. 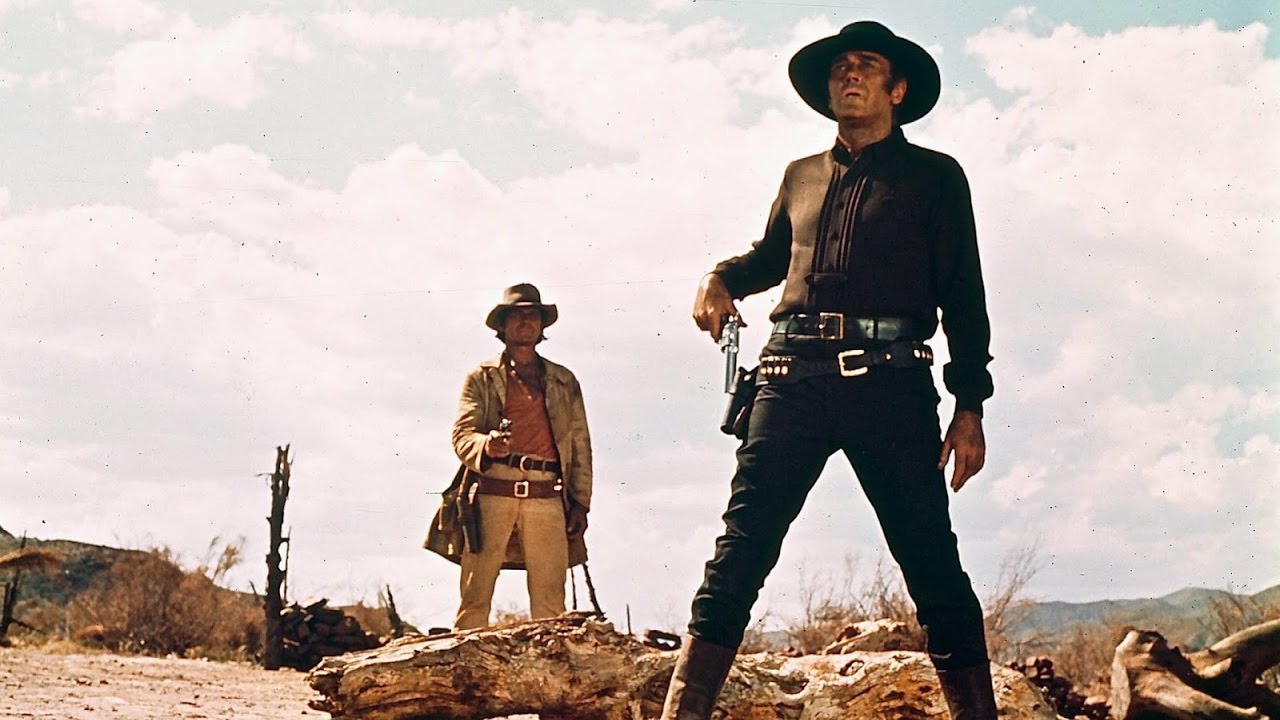 Over the years this original intention seems to have got lost along the way and the belief that the Founding Fathers meant for every citizen to have the unfettered right to bear arms for personal gratification has become entrenched. Yet many would be surprised to learn that, until 2008, the right of individual citizens to bear arms existed only within the context of participation in the militia. It was  the Supreme Court case of District of Columbia v. Heller that officially changed that, and thereby handed the greatest gift imaginable to the proponents  of individual or “personal” gun ownership.

Of course there are many other factors that have influenced this gun culture in America.  One worth mentioning is that of what is called “rugged individualism” as iconically embodied in the “Wild West”. But once again examining the facts reveals some serious misconceptions about the West.  There was more gun control in Dodge City than there is today in New York City. It will astound many of us to learn that “Tombstone had much more restrictive laws on carrying guns in public in the 1880s than it has today,” says Adam Winkler, a professor and specialist in American constitutional law at UCLA School of Law. “Today, you’re allowed to carry a gun without a license or permit on Tombstone streets. Back in the 1880s, you weren’t.”  “People were allowed to own guns, and everyone did own guns [in the West], for the most part,” says Winkler. “Having a firearm to protect yourself in the lawless wilderness from wild animals, hostile native tribes, and outlaws was a wise idea. But when you came into town, you had to either check your guns if you were a visitor or keep your guns at home if you were a resident.”

Ironically, although Hollywood  is the epicenter of  liberal ideology and advocacy against  gun control, the movie and television  industry bears much of the responsibility for the glamorization of the gun culture. In a recent survey, it was found that out of 150 DVD’s available at a movie rental kiosk, a whopping 26 showed a glamorized image of a gun on the cover. “Over and over we see the various incarnations of James Bond, Dirty Harry, Wyatt Earp and Luke Skywalker reminding us that guns are cool, efficient and oh so sexy.” 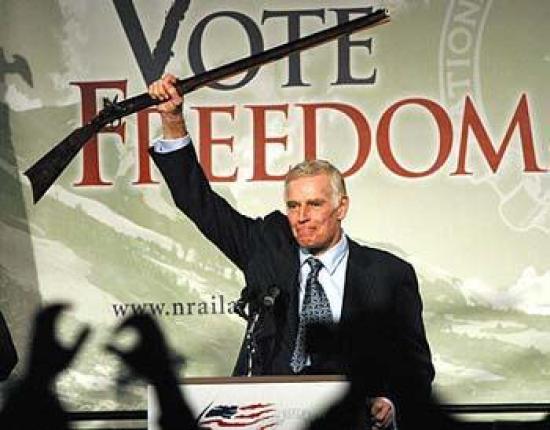 Famously, or perhaps infamously is a more appropriate word, Charlton Heston united the power of Hollywood to the greed of the National Rifle Association and the “Sacred” national myth of the Second Amendment  and turned the NRA into the juggernaut that we know today. When Charlton Heston took over as the national spokesman for the NRA in 1998, the organization was on the point of dissolution. Thanks to Heston’s celebrity, and his many associations with the Bible and other heroic roles– let’s call it “the mythology of history”– his profile was larger-than-life. He became the most vocal and aggressive spokesman that the NRA had ever had. The infamous image of him holding up a rifle did more to energize the moribund organization than any other single event. Stunningly, it happened at a convention of the NRA that was held one week after the Columbine High School Massacre, Heston performed his unforgettable move of holding up a rifle from the Davy Crockett era, saying he would give it up when it was pried “from my cold dead hands.” Heston’s leadership became the turning point for the declining organization that went on to become the most powerful lobby in Washington, and the principal obstacle to gun control. Sadly, today mass shootings have become almost commonplace.  Worse is that we have crossed the final and forbidden frontier: we now target children in what used to be considered an inviolable space, their schools.

The NRA exploits the misguided, and as we have seen, misinformed, veneration for the Second Amendment to justify their unspoken greed and to convince their supporters that they have a sacred right to own all sorts of weapons, including assault rifles meant for the battlefield.

In the next article in this column I will take a look at the push-back movement that is fighting for gun reform and ask some serious questions about its effectiveness.