I Had a Dream: Mother Cabrini with a Letter for de Blasio and Cuomo

"I am writing to you because in the last few weeks, I have been a bit confused by all the talking about me especially in my beloved Nuova York"

My dear Italian children in America,

I am writing to you because in the last few weeks, I have been a bit confused by all the talking about me especially in my beloved Nuova York. Since I arrived here in Heaven, I’ve mostly heard my name whispered in prayers of the faithful that were asking for my intercession. That’s why when I heard it yelled in the streets and printed all over the newspapers, I was a little upset.

I believe that all began with the statues affair. If I understood correctly, you counted the statues in the city and you discovered that only 5 represented women, vs. some 150 representing men, and you thought that to compensate decades of injustice and discrimination, you would build a few statues. So, that good boy Bill, our Mayor, who speaks so eloquently in favor of migrants that when I hear him, I’m touched even here in Paradise, formed a committee headed by his wife Chirlane, and they called a vote to ask the people which women of this marvelous city should have a monument. 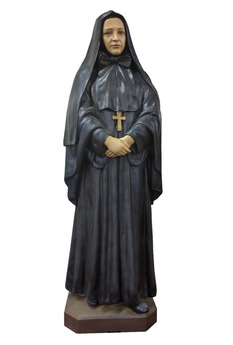 Now, I have to confess, that despite the fact that I am a nun and a saint, I felt a little vanity when they told me I turned up in the first position with more than 200 votes, whereas the lady that turned out second, didn’t even reach 100. What can I tell you… such news can go to your head, even here in Heaven.  When I learned that the city would not dedicate a statue to me though, to my credit, and thanks to the long established practice of humility, I have to say that I did not take offense, even if the committee never explained why they decided to skip me.  Now, it seems that in the end, they are gonna build a monument to me and that the state, not the city, will pay for it, according to what Governor Cuomo said during the parade. No, not Mario Cuomo (what a first-class fellow, he was), his son Andrew, also a good fellow. With all the holy patience that a holy woman like myself must have, allow me to be a bit confused and to address in a direct way the interested parties. 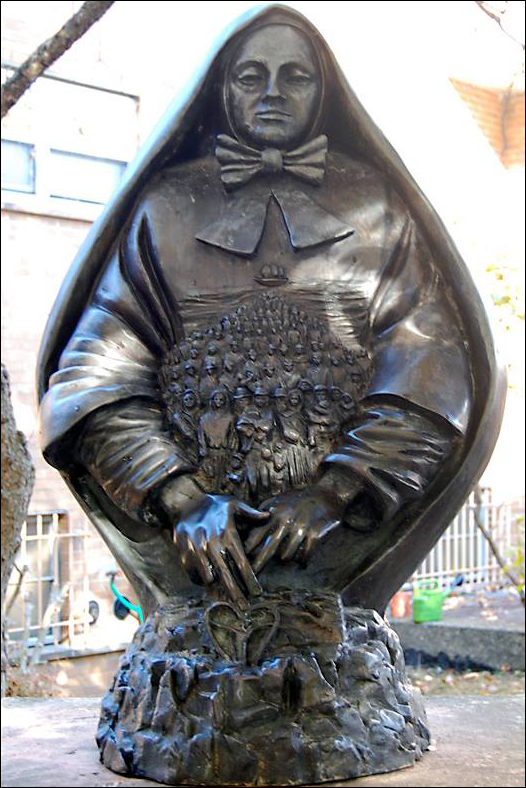 First of all, I want to tell you that I love you anyway and that I always pray for you and your kids. Especially Chiara… who knows that someday she might follow in the footsteps of her namesake and mine, and take the vows. There are even too many statues portraying me in the churches of New York, and furthermore, I even have a park, and a boulevard dedicated to me, not to mention an entire shrine. It’s a lot and I am not greedy. But I must give you a piece of advice even if I am not a politician and I know little about what you call democracy: you have to be very careful when you call people to vote and then totally ignore their voice. They might end up thinking that their votes don’t count and that democracy is not a serious thing. I hug you and your family and I send you my blessings.

You voted for me in the SheMadeNYC poll and are currently protesting to obtain a statue to honor me in the city, I’ve been wanting to ask you for a while, in the real elections, the ones of 2016 how did you vote? I’m asking you because if you consider yourself my sons and daughters, you cannot possibly approve those who persecute immigrants and make their lives impossible. I founded several orphanages and I assure you that there is no greater pain for a kid than finding herself without parents. Separating children from their parents is a gratuitous and unforgivable act of cruelty. If you condone such a practice, I don’t know what to do with your statue. Had I wanted statues made of me, I would have become a model. Don’t make that face, even in my times students took turns to model in arts academies. But I didn’t want to be a model, I wanted to be a missionary nun and I embraced the life of millions of immigrants, and I tried to better their lives and to give them and their families a hope for the future. I assure you that the best way to remember me and honor me is for each of you to help migrants from wherever they might come, as my good nuns still do. Everything else is vanity… 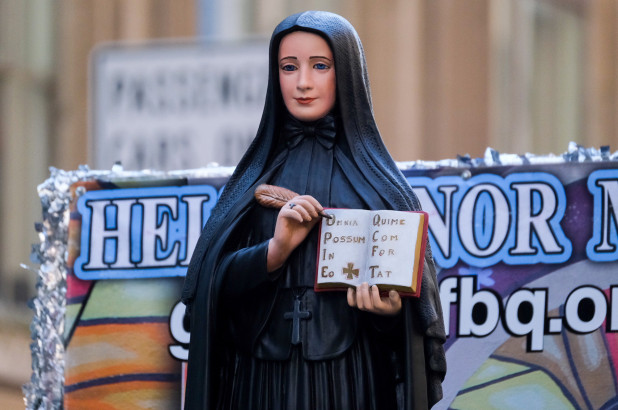 As I told your colleague Bill (and let me open a parenthesis here, but couldn’t you both make an effort to get along? You’re from the same land, you even belong to the same party and yet you’re always at each other’s throats. Siate buoni!) So, as I told Bill, there are enough statues of me in the churches of the city, almost all of them pretty ugly, truth be told, but they are still plenty. If, by any chance, you end up really building this statue, could you please make sure that it comes out a little better than the other ones? Again, I’m not vain, and I am aware I was not a great beauty, but definitely I don’t look anything like those plaster and papier-maché statues with round faces and wide open eyes. I bless you and all your beautiful family.

Be good, all of you and love each other. God bless!