On Thursday, January 25, Carnegie Hall released the following video on Facebook, with the title, “Carnegie Hall’s 2018–2019 Season: ‘Migrations: The Making of America’”:

After I saw it I wrote the following: “Your “Migrations: The Making of America” leaves out an entire Italian tradition: contributions to Jazz; Louis Prima; the Neapolitan song; etc. As a professor of Italian culture and history, I am disappointed and, dare I say, offended at the entire cancellation of Italian and Italian-American contributions to the USA, which your program does.” 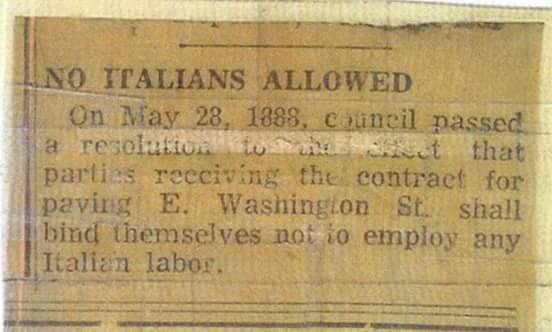 My comments were followed by George de Stefano: “I would like to second Anthony Julian Tamburri’s comments. You have completely ignored one of NYC’s major immigrant communities, the Italian Americans, and their significant influence on the city’s musical culture. No canzone napoletana (Neapolitan song), which was highly popular here and not only with immigrants? Were you not aware of a transnational musical culture linking New York and Italy, of which “O Sole Mio” and “Core Ingrato” (written in NYC by an immigrant) are but two examples? You really should do better, if not with this festival at least with future programming.”

George’s comments, in turn, were followed by Joseph Sciorra’s thoughts: “4 million people left Italy and migrated to the United States between 1880s and 1924 (when a quota was placed on them and others with the Johnson–Reed Act), and another 665,000 from 1945 to present, and you could not find or invite one performer working in a host of genres (e.g., folk music, Neapolitan song the American song book) long associated with Italian Americans? That’s negligent and shameful.”

All three comments received a response from Carnegie Hall; the response following each comment was the same, verbatim: “Thanks for writing and for the suggestions. Our festival has just been announced, and the intention of this project from its inception has been to go beyond the three migrations covered in Carnegie Hall’s presentations into a celebration of many more pivotal migrations. Through events created by the many partners involved citywide, many of whom have already committed to the project and others that we expect to come on board, the festival next year will expand beyond the three migrations represented in the video and will be inclusive of many cultural contributions to the US from around the world. We hope you’ll check back in coming months when we announce the complete schedule of events.” 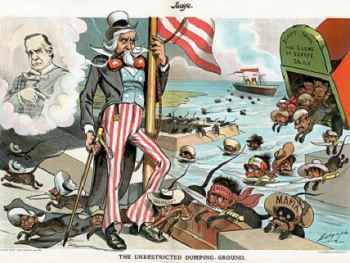 That said, let me state, simply and concisely, that what I wrote in my comment to Carnegie Hall on Facebook did not include any suggestions. I listed what was missing and subsequently expressed my indignation and offense at such an omission by an institution that is New York based. Given the history of Italian music and the contributions to the development of twentieth- and twenty-first-century United States music by Italians and Italian Americans, to leave any and all of them out of an initial discussion, as did Carnegie Hall, suggests ignorance, disregard, and/or blatant prejudice with regard to the value such contributions have truly made to U.S. music in particular and to U.S. music in general.

Alla riscossa, ragazzi! If we do not say something, such projects will continue to ignore and omit our history and culture. In this case, we are not included in any programs scheduled through April 2019.

And so it goes…