“The Social Dilemma”: All the Secret Ways that We’re Controlled and Manipulated

Netflix screens a documentary that shows us the dark side of the social network: their algorithms can control, influence and exploit us

That notification you can’t ignore, that urgent need to check the email, that automatic gesture, in the moments of waiting, to pull out your cell phone and take a quick look at the social networks. “The Social Dilemma”, the last film written and directed by Jeff Orlowski and available on Netflix, uncovers the hidden and most devious side of social media, the one that can slowly manipulate us and enslave us to a virtual system of billions and billions of dollars. 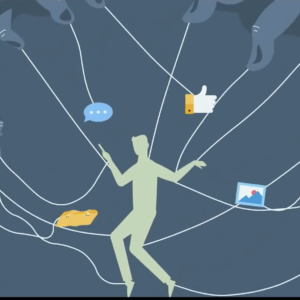 Using the first plural person, in this case, is permissible. I write “we” because the issue affects us all. Do you have a phone, an Instagram, Facebook, Twitter, Youtube account or even just an email address? Then you’re in the circle as much as I am; a 20-year-old, I grew up surrounded by technology and I live in a world that revolves around the Internet.

Orlowski creates a documentary that finally talks about a current theme without regretting the “good old days”.  Throughout the duration of the screening there are no nostalgic expressions about the 80s, no references to the golden age of the economic boom and not even phrases about the beauty of summer postcards, today brutally replaced by messages.

There are, however, the words of those who invented these technologies, developed and directed them. Men and women who have been executives of major virtual platforms or contributed to the creation of the intricate algorithms that govern their functioning. Thanks to them, you understand that nothing you see is random. Everything is aimed at keeping you connected as much as possible, because every minute of connection equals a minute of profit.

“If you don’t pay for the product, then you are the product”. And that’s right.

Behind a social profile or a distracted search on the Internet, there is a system that collects information. Thus, an algorithm perfectly customizes the content you’ll end up bumping into. It seems absurd to think so, but after some time spent surfing, the network knows you better than you know yourself. That’s why, sooner or later, you’ll see an advertisement for a trip that you’ve been planning for a long time, a car that you may have seen in the dealership not far from home, or that set of training rubber bands that, with gyms closed for lockdown, months ago you wanted to buy.

Instagram, for example, works the same way. The order in which posts and stories appear to you is the result of a calculation. The database knows how many seconds you spent watching a video rather than another, how many times you’ve searched the profile of the girl or guy you like, how often you’ve consulted posts that deal with a specific topic. All this information is collected and analyzed: the result is a perfect identikit.

The social media now has a voodoo doll with your likeness. It can use it to influence you, and you won’t realize it. 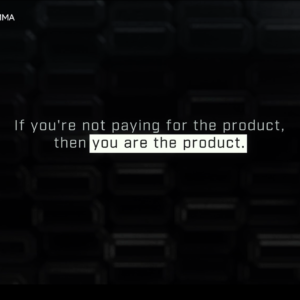 This can be frightening and this is why the protagonists of “The Social Dilemma” decided to participate in the project and give interviews. Their testimonials arise from an ethical unease. They realized that social media, born with the best intentions, finally got out of hand. Now it is able to study us, to direct our choices and decide what our behavior will be on the platform.

But even more seriously, they also have the power to decide which political party we will vote for. In the documentary there is the example of a movement, the Center Extremists, which manages to create followers thanks to the excellent use of social media, fake news and with the mechanism of recommended posts and videos.

There is a history of the violence perpetrated in Myanmar due to hate campaigns and fake news circulated on Facebook. There are the most well-known right-wing leaders: Trump, Bolsonaro and Salvini. There is a little girl crying about her ears because of some comment received under a photo. And much more.

“The Social Dilemma”, however, is different from the rest because it doesn’t suggest abandoning social media and being afraid. Through the Internet, it is possible to do things that were unimaginable until a few years ago. What Orlowski does, thanks to his production, is extend an invitation to increased awareness. Becoming aware of what social media is and how it works is the only way we can crack the perfect mechanism created by algorithms.

Antonella Martino, Artist-Illustrator Who Breaks the Rules to Reach for Freedom