The Taste of Sicily in New York Will Be More “Gustoso” 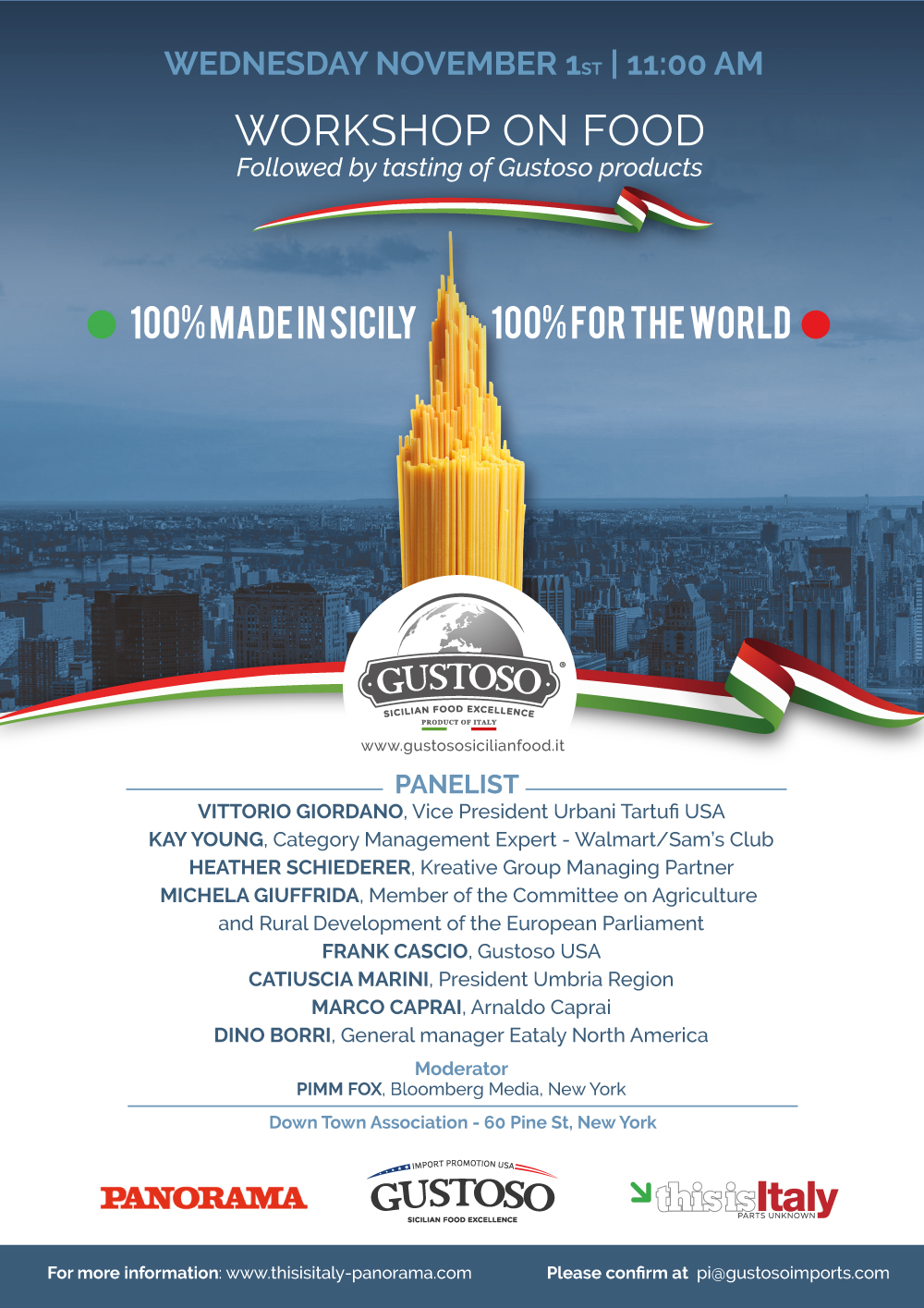 While waiting for the first container of the Gustoso products, which is expected to reach the United States on February 2018, the managers of the project Daniela Cipollina and Paolo Internicola and the representatives of the businesses which have joined the network will land in New York. The framework event is called ‘The Best Italy’ and is organised by the Italian weekly magazine Panorama and follows in the footsteps of the project presentation of last week in Palermo.

The Business Network Gustoso Sicilian Food Excellence will be the main actor of the workshop revolving around the theme of food and how to introduce and consolidate the presence of Italian products in large-scale distribution chains in the US. It will take place on Wednesday, 1 November.

Not only words… A sampling of the Gustoso products will be organised at the end of the workshop by its Chef/Ambassador Pasquale Caliri of the restaurant ‘La marina di Nettuno Yachting Club’ of Messina. He will also coordinate the charity dinner organised at the Guggenheim Museum on Thursday 2 November.

Gustoso will begin with its first eleven businesses (Molini Riggi al Birrificio Bruno Ribadi, Made Fruit, Marullo srl, Azienda Vitivinicola Tonnino, Gustibus Alimentari, Miscela D’Oro, Asaro, Pannitteri, Valle del Dittaino, Olive di Sicilia) and about thirty lines of products, which will initially be placed in around 500 shops to test them with American consumers. This will allow the managers to better organise distribution through large-scale distribution channels such as Albertsons with its 2500 shops and Walmart with 11.600 shops (in the United States and South America) in order to receive commercial feedback in line with what provided for by the feasibility plan.

A research recently carried out by Nomisma in cooperation with Cribis has highlighted that Italian agri-food products are very popular in North America: they rank first for preference in the United States, followed by French products. Also, the research shows a skyrocketing interest in the higher supplying capacity and a favourable trend towards purchasing Italian products although figures change according to the different areas (where purchases are based on different criteria also in relation to consumers groups).  Such differences suggest targeted internationalisation and promotion strategies which should take into consideration also different product categories (DOP/IGP, institutional ones, etc.) and fill the gap of ‘unreached areas’.

At the same time, the research unveils emerging trends which can positively impact on the positioning of Italian F&B products without leveraging on the ‘price’ but on other characteristics, such as: organic and sustainable, social and cuisine, brand policies… However, those trends need to be well understood and managed to be beneficial.

“To meet the challenge posed by the US market” said Frank Cascio, Chairman of the Gustoso Import Promotion USA “we need to work on offering the US, Canadian and South American markets the excellence of Sicilian products, such as those gathered under the brand Gustoso. The goal is to bring to the shelves products with an interesting price which are perceived as top-quality ones. The challenge” continues Cascio “is also to help foreign consumers understand the profound difference between authentic products grown in Sicily and their imitation, which makes the difference in terms of ‘Gusto’ [taste]”.