Sometimes names can cause confusion because they represent two different ideas, or in the case of Montepulciano, two kind of wines

My biological parents have had little to do with my life. It is a complicated story that I will not delve into as it would probably take a novel to explain the whole situation, but due to this odd circumstance, for many years, I felt like I didn’t have a real last name. Of course I did have one on my birth certificate, but it was one that didn’t represent anyone I knew or any lineage that I was acquainted with… it was a name that had little meaning. Although I did try to connect to both of my parents, located in different parts of the country, it was not meant to be; neither were capable of having or even wanting a relationship. It is interesting how, now, my last name – a name that comes from my husband – has more meaning to me after our 11 years of marriage – surviving and thriving together to overcoming many challenges – than any name that would be genetically linked to me.

Many times, a last name may indicate a cultural observation as some countries will have different traditions of either a person keeping their father’s, mother’s, or both last names. In the US, it is traditional for a wife to take her husband’s, if she marries, last name. When feminism became popular in the 1960s, many women decided to either keep their maiden name (surname of her father or mother), hyphenate it, or simply decide to never marry. But there are atypical situations, such as mine, that are not so easily understood at first glance. 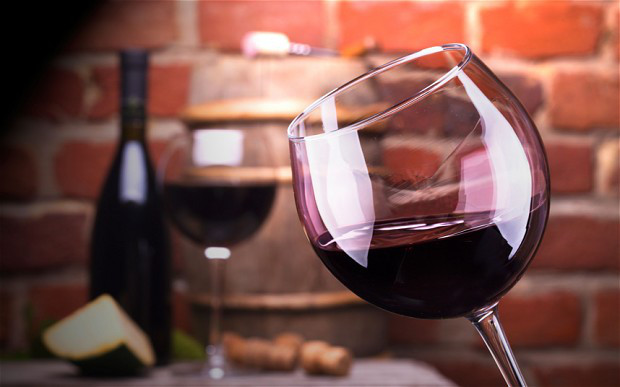 One of the most famous examples of such a case is singer and celebrity Tina Turner, born Anna Mae Bullock. She did not know either of her parents very well, so in her early adult life, suffering from the low self esteem of feeling like someone who was unwanted, she allowed Ike Turner, the leader of her band and future husband, to change her name to Tina – eventually becoming the legendary Tina Turner. Once their relationship became abusive, she left and agreed to walk away with nothing except the responsibility for the debt of cancelled shows… just so she could retain the name Tina Turner. And now, the world recognizes that name and associates it with a brilliantly talented and strong woman… a woman who has decided to create a much better future than what her birthright had in store for her. 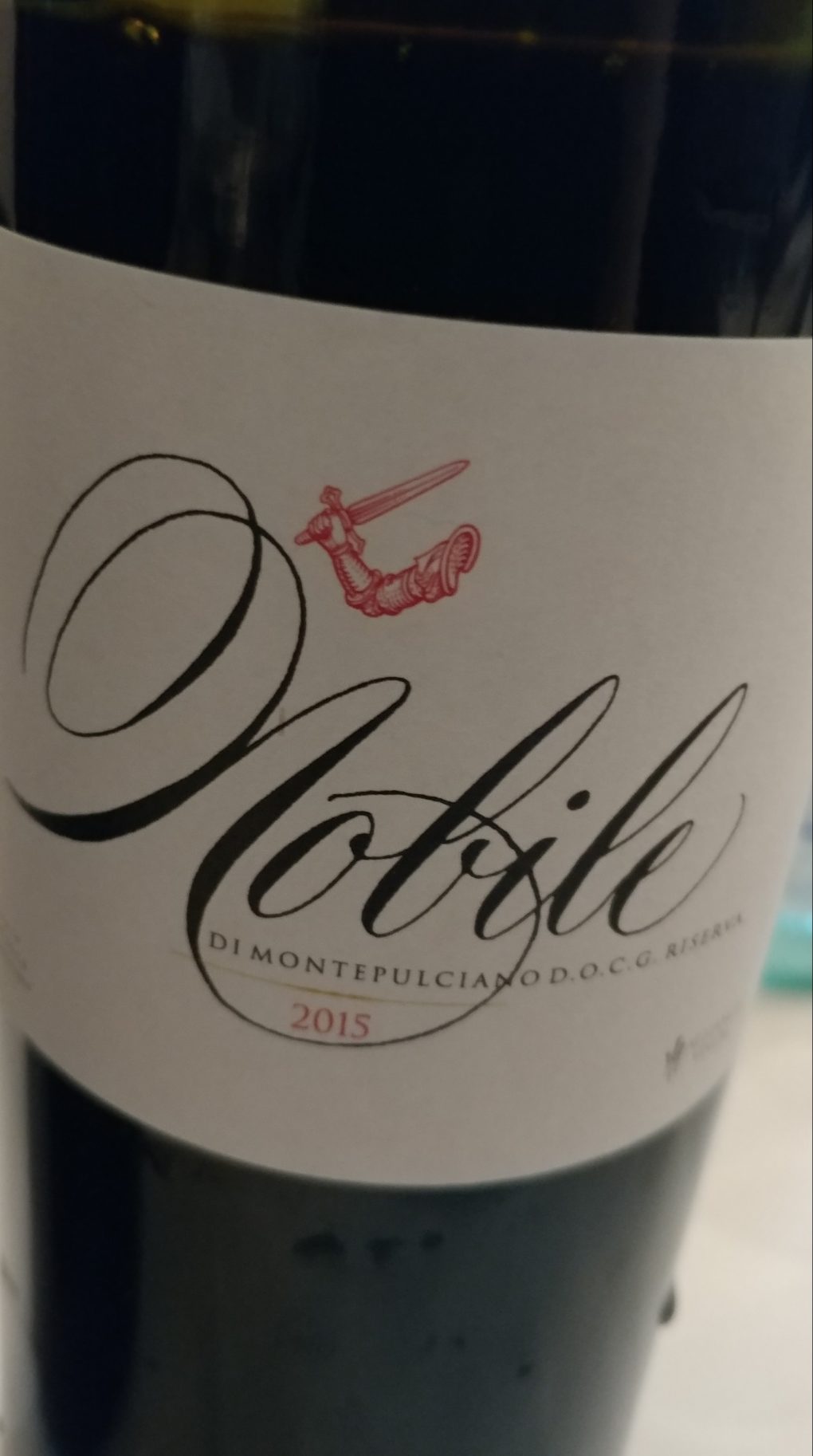 The Noble Wines of Tuscany

A couple months ago, I went to a Vino Nobile di Montepulciano tasting, wines from the small town of Montepulciano in Tuscany that make Sangiovese dominant wines, made in relatively small quantities. These Vino Nobile producers are certainly frustrated being overshadowed by Chianti and Brunello, and as mentioned above, mixed up with wines from Abruzzo. And so, recently, some of the producers have decided to focus on the idea that these wines were considered the noble wines of Italy by establishing an Alliance of top producers, currently 6 in total, that commit to quality, a sense of place that can be sensed across all of the producers, and to focus on the word “Nobile” that will be highlighted on a special bottling released in the market in January 2018.

As I tasted these Vino Nobile wines, which expressed the generosity and brightness of Chianti with the structure and fleshiness of Brunello, I did notice a distinct style and expression of wines with finesse. Although it was a long, tough journey to realize the Montepulciano name was not doing them any favors, I think they, through the help from the advice of outsiders, see that a better future lies within a change of the focal point of their name. I think that through time, as we look deeper within ourselves, we discover what we need to let go and where we need to focus our efforts to find the best path to a happier and more fulfilling life.

The below producers are all part of the new Alliance to represent the Vino Nobile wines of Tuscany. Again, their signature bottling (100% Sangiovese) of this newly formed group will not be released until January 2018 and so I have recommended other wines tasted at this seminar that can be currently found on the market. Also, Vino Nobile uses the high quality Sangiovese clone Prugnolo Gentile.

2016 Dei, Rosso di Montepulciano DOC, Tuscany, Italy ($14.99): 90% Sangiovese, 5% Canaiolo Nero and 5% Merlot. I was impressed with the velvety tannins of Dei as well the exuberance of the fruit and this Rosso, a little brother of Vino Nobile, that is released sooner, is a real steal with a generosity of aromas and flavors that can add something a little special to a weeknight dinner.

2013 Salcheto, Vino Nobile di Montepulciano DOCG, Tuscany, Italy ($20): 100% Sangiovese. I was excited to try this certified organic producer as I have heard through the “grapevine” that their wines were out of this world, and yes, did they ever deliver. Rich, ripe and luscious with juicy black and red fruit, yet has lively acidity… deep flavors that seem to constantly keep you on your toes with evolving flavors. If you see their Salco single vineyard wine on the market, scoop it up!

2012 La Braccesca, Vino Nobile di Montepulciano DOCG, Tuscany, Italy ($21): 90% Sangiovese and 10% Merlot. La Braccesca is part of the Antinori family of wineries and this very pretty wine with floral and sweet cherry notes has round tannins that makes a glass of it go down too easy.

2014 Boscarelli, Vino Nobile di Montepulciano DOCG, Tuscany, Italy ($30): 85% Sangiovese with the remainder Colorino, Canaiolo and Mammolo. This wine really stood out for the harmonious balance between savory and sweet flavors of tobacco and licorice with a smoky finish. 2014 was a tough vintage for Tuscany but it just shows that the top producers can always find a way to make lovely wines.

2013 Poliziano, “Asinone”, Vino Nobile di Montepulciano DOCG, Tuscany, Italy ($49.99): Majority Sangiovese from the Asinone vineyard that was planted, in 1961, with grafts from a long established vineyard in Montepulciano. A wine with elegant flavors of vanilla spice, binge cherry and fresh oregano with an expressive, long finish. This wine could easily be a fantasy wine as well yet it can still be found on the market at special occasion prices.

2012 Avignonesi, “Grandi Annate”, Vino Nobile di Montepulciano DOCG, Tuscany, Italy ($80): 100% Sangiovese. Certified organic and practicing biodynamics since 2010. The Avignonesi Vino Nobile “Grandi Annate” is only made in the best vintages of their top selections. This Grandi Annate had a tension and energy that brought it to the next level. Enchanting aromas of white truffles and cherry blossoms, with fine tannins that had a good grip on the expressively prolonged finish. We tasted a 2004 and 1997 of the Grandi Annate (their labels showed the no longer existing appended word “Riserva” on the bottles) to show how the top Vino Nobile wines just get better with age. I have to say that the purity of fruit, outstanding balance and breathtaking overall finesse was impressive!

The current owner, Virginie Saverys, was a fascinating speaker as a new player in the Italian wine world. The Belgium-born shipping executive said that she has always had a love affair with Italy, and her fierce determination to make only the best wines was evident. That’s what brought her to lead Avignonesi, initially starting with a small investment share in the company, and eventually becoming the outright owner in 2009. She has implemented ambitious programs to improve wine quality and bring the spotlight back to the often overlooked Montepulciano area of Tuscany.