The Commanding Officer of the Vespucci, Captain Angelo Patruno and his ship's personnel

On April 19th, the ‘most beautiful ship in the world’ set sail from the Italian Naval Base in La Spezia, to start the Training Campaign 2017 and visited so far two ports in Portugal (Sines and Funchal), then, after 20 days of navigation across the Atlantic ocean, Hamilton, in the Bermuda islands, and three ports of call in Canada: Halifax, Montreal and Quebec City. New York is the second port of call in the U.S.A., after Boston.

During a port visit in Montreal (Canada), the 79 on-term volunteers (VFP4) of the 24th Course, who had been aboard since the unmooring from La Spezia,were replaced by the 125 Italian Naval Academy of Livorno (including 18 foreign cadets). Navy cadets learn the basics of seamanship, they put into practice what has been studied so far in books by getting familiar with marine equipment, climbing up the masts, and using the sextant to calculate the position of the ship with the stars.  They all have been splendidly promoting Italian excellence and will go on upholding the prestige of the Italian Navy abroad through cultural and promotional events in collaboration with our diplomatic representations in host countries.

More than 25.000 visitors in the various ports have had the opportunity to appreciate her style, which is one of kind, and her fascinating timeless beauty. On Wednesday July 26th at 15:00 local time (21:00 in Italy), the Commanding Officer of the Vespucci, Captain Angelo Patruno, will hold a press conference onboard to present the ship and the Training Campaign 2017. After New York, the Amerigo Vespucci will cross the Atlantic Ocean again, proceeding towards Ponta Delgada, in the Azores islands, continuing to represent our country and the ‘made in Italy’ in an unusual port of call for the Italian Navy.

Media coverage of the Training Campaign 2017 will be provided by RAI (RAI Italia and Linea Blu), Radio Rtl 102.5, RTV San MARINO, La Stampa, and Il Secolo XIX. During her stay in New York, the Italian Navy Tall Ship Amerigo Vespucci will be moored at Pier 88 and be open to the public on the following dates/times: 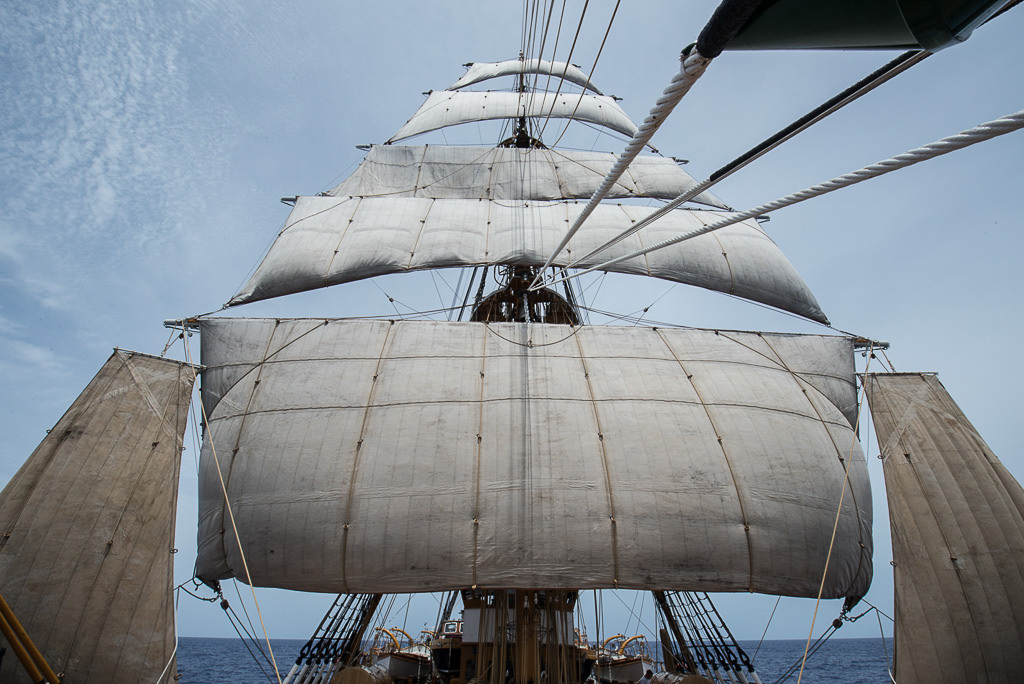 The Vespucci and her ‘sister ship’ Christopher Colombo were designed by Marine Engineer Major Francesco Rotundi, director of the shipyards of Castellammare di Stabia, near Naples in Italy. The ship was launched on February 22nd 1931 and since then, has always performed core training activity for the Italian Naval Academy cadets. From 2014 to 2016, the Vespucci underwent a major overhaul period, aimed at restoring operational effectiveness and upgrading accommodation areas and facilities.

More efficient and eco-friendly electric power and propulsion systems were installed, reflecting the Italian Navy’s commitment to environmental sustainability. For Vespucci’s ’rejuvenation’ and ‘restyling’, shipyard workers cooperated in full synergy with the ship’s crew, under the coordination of the La Spezia Naval Shipyard technical direction, notably its Shipyard studies Department.

Since her entry into service, the ship has carried out training activities every year (except for the year 1940, due to war events, and the years 1964, 1973, 1997 and 2014 to 2016 when she underwent major overhaul periods), providing training to the Naval Academy cadets, but also to on-term volunteers and students of the ’Francesco Morosini’ Naval Military School. The Amerigo Vespucci is a sailing vessel equipped with an auxiliary power plant, a full-rigged ship with three masts (fore, main and mizzen), all three equipped with yards and square sails; the bowsprit functions as a fourth mast.

The crew consists of approximately 270 personnel, both men and women. This year, a number of on-term volunteers (VFP4) were embarked for the first part of the Campaign and replaced during the stopover in Montreal, Canada by the Naval Academy cadets, who will start their summer training campaign. The crew will then total approximately 400 personnel aboard. The Amerigo Vespucci has been a UNICEF goodwill ambassador since September 2007.

“Jacob Lawrence and the Children of Hiroshima” Exhibit in Washington D.C.