Ramat Hagolan landascape. The region is the the spearhead of the Israeli wine industry.

Last week, I was in Israel attending the Sommelier 2017 Exhibition in Tel Aviv. It is an event that showcases many of the wines made in Israel. Before the event, I thought I knew Israeli wines pretty well, considering I am a New Yorker and live in Israel’s largest wine export market. I realized, though, there was a lot more to the wine world in Israel than what I had encountered in my personal and professional life in New York City.

The biggest shock was the white wines. Israel not only has tasty whites for reasonable prices but they also have outstanding ones in their fine wine category. One of them, Bat Shlomo Chardonnay, discussed in the tasting notes below, could go head to head with many of the top Chardonnay wines from California.

Also, I did not realize that it can get cold in Israel. When I was in the Golan Heights, in northern Israel, it was 32F since it was winter – I should have brought my big NYC coat! The fact that some areas are cooler than others, and that some of their vineyards have a high limestone content, makes Israel a good choice for whites as well as reds.

There are many passionate producers who are making wine in tiny quantities. Many New Yorkers are familiar with the larger wineries, and some of them make high quality wines, but Israel has had a boom in boutique wineries from wine makers with various backgrounds who are pouring their heart and soul into their wines. The bad news is that we can’t find some of them in the US which is why I have added an extension to my tasting notes, called “other favorites”, below. Hopefully New Yorkers will see the producers in the “other favorites” section on shelves soon, or if you travel to Israel, I would highly recommend visiting these producers.

I have to say I was excited to not only find so many unknown, thrilling Israeli wines but the diversity of the ancestry of the Israeli people (coming from Italy, France, South Africa, Peru, etc) reminded me of New York City. I asked some first generation Israelis why they left their home country to come to Israel, and commonly, their answer was simple – they felt like an outsider and they needed to find their home.

I can completely understand that feeling as I was a mixed mutt that was an oddball growing up, and felt like an outsider myself. I came to New York City to find my home because no matter how atypical or weird you may feel in your city of birth, you will find your tribe here – there is a tribe in NYC for everyone – that is why New Yorkers put up with so much stress and tension because no other place can be home. And I found some kindred spirits in Israel – passionate people facing tough challenges everyday to make high quality wine in the one place in the world that accepts them for who they are.

2015 Montefiore Red Blend, Judean Hills, Israel ($16): 45% Petite Sirah, 35% Shiraz and 20% Malbec. Kosher. I did not forget how to count. I know this red wine is not below $15 but I had to place it in the everyday wine category for two reasons: first, it over-delivers for the price and second, the price is close enough. This is lovingly nicknamed “3 cats fighting in a sack” and has chewy tannins, bright black and blue fruit flavors with good restraint, making it a good food wine and so ideal to drink every day!

2016 Ella Valley Sauvignon Blanc, Judean Hills, Israel ($22): 100% Sauvignon Blanc. Kosher. They harvest the grapes at different times and so this white wine has a lovely balance of refreshing acidity with a touch of dried herbs and juicy, ripe peach fruit.

2013 Gush Etzion Cabernet Franc, Central Mountains, Jerusalem, Israel ($22): 100% Cabernet Franc. Kosher. I have to admit this winery was not on my radar but as we like to say in the US “the proof is in the pudding”. This Cabernet Franc comes from one of the highest altitude areas in Jerusalem and so it produces an extremely elegant red wine. Linear body with black raspberries and autumn leaves all wrapped up with refined tannins.

2015 Bat Shlomo Chardonnay, Mount Carmel, Northern Israel ($54): 100% Chardonnay. Kosher. The name of this winery pays tribute to the Baroness Betty Salomon de Rothschild who was the first Jewish woman to create countless organizations helping the needy, encouraging education amongst women and providing medical care to the poor by establishing a hospital in Paris. James Edmond de Rothschild, who established the original vineyard and town of Bat Shlomo, was Betty’s youngest son. Bat Shlomo literally means “Salomon’s Daughter”. This winery’s name may be steeped in tradition yet its practices are cutting edge: cement egg fermenters and an “orange wine” made from Chardonnay. This Chardonnay is a knock out with well integrated spicy oak, ripe golden apple and hints of minerality.

2014 Ramot Naftaly Barbera, Ramot Naftali, Upper Galilee, Northern Israel ($59): Predominantly Barbera. Kosher. This was an exciting find – a native Italian grape in Israel! Yes, let’s see the Italian love. A medium bodied red wine that had an intoxicating floral nose with mouth watering black cherry flavors. The producer says that even Italians were impressed by this wine – and I can see why! 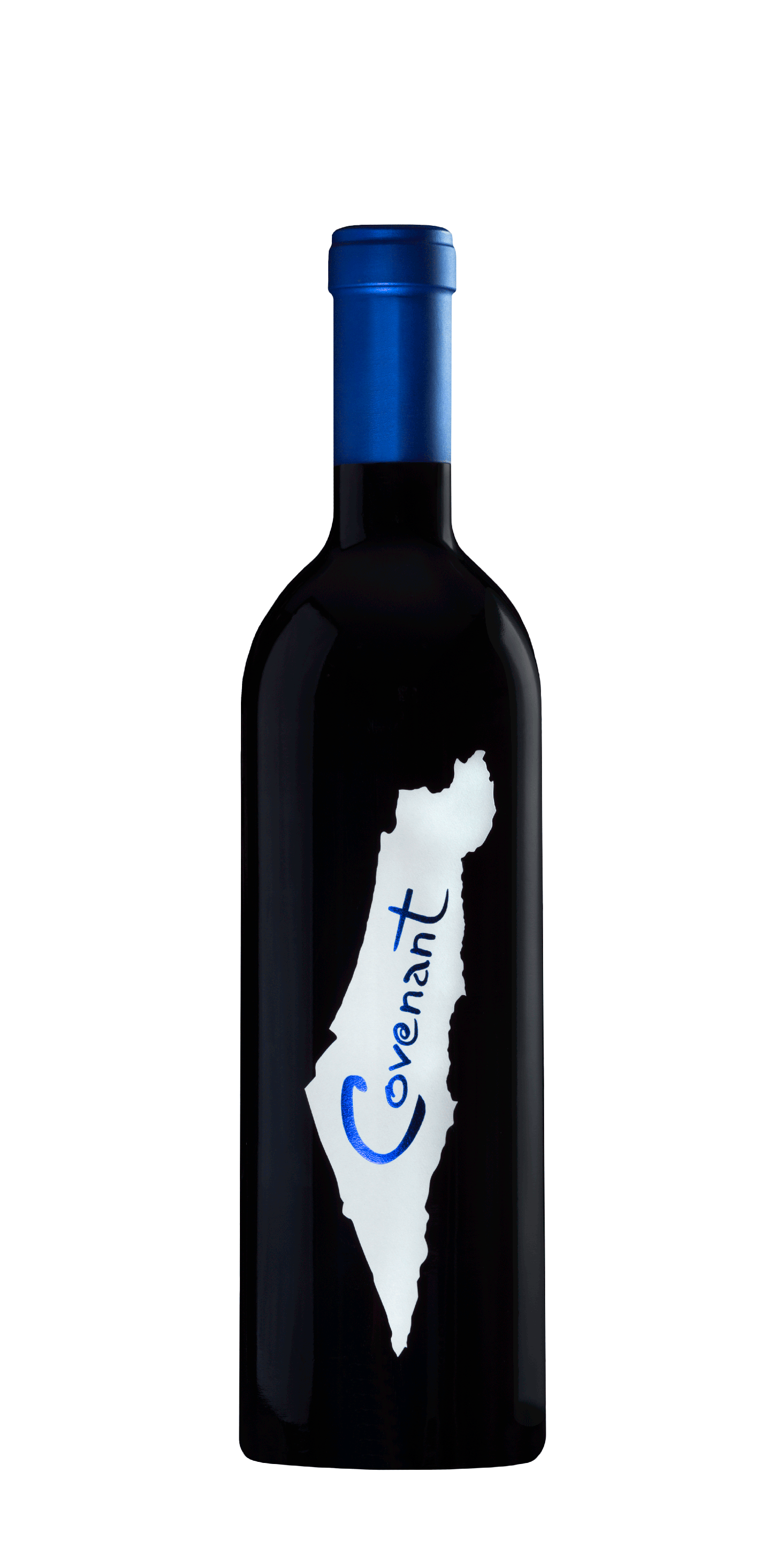 2015 Covenant Syrah, Tel Faris, Golan Heights, North Israel ($75): Predominately Syrah with a small percentage of Cabernet Sauvignon. Kosher. A tasting of wines made by Jewish Napa Valley winemakers provided the forum that gave birth to Covenant – to make a kosher wine from some of Napa’s finest Cabernet Sauvignon that would be comparable in quality to the best non-kosher Napa wines. This is their sibling winery in Israel and the touch of Cabernet Sauvignon is a wink to their Napa roots. A big, bold red that has lush blackberry fruit, yet a great backbone of structure that has a spectacularly long, flavorful finish.

I could not find these wines (plus one liqueur) in the US but I would like to bring attention to them hoping that we will see them on New York City shelves soon.

2015 Sea Horse Chenin Blanc“James”, Central Mountains, Jerusalem, Israel: Non-Kosher. Zeev Dunie, a filmmaker turned winemaker, is a man that has wild, long white hair and a free spirit that encouraged him to make wines from grapes that are not commonly found in Israel. This Chenin Blanc, which was inspired by a trip he took to South Africa, was made with old vines and spent some time in used oak. His belief is to be a servant to the wine, so he allows this Chenin Blanc to grow “wild” and says the vineyard looks like a jungle. Taut, exciting acidity with honeysuckle and flinty minerality balanced by good texture on the body.

2015 Vortman Colombard, Mount Carmel, Northern Israel: Non-Kosher. Colombard is a French white grape that hasn’t gotten a lot of respect as it’s mainly distilled for Cognac. But this relatively new winemaker, Hai Vortman, blew me away with an old vines Colombard that had delicious honey and lime blossom notes.

2014 Na’aman Petit Verdot, Ramot Naftali, Upper Galilee, Northern Israel: Non-Kosher. Winemaker Rami Na’aman is a diehard rocker, which explains why he has wines called Deep Purple, King Crimson and Black Velvet. He is also a film director and scriptwriter (The Flying Camel, The Voice of Ein Harod and other films) and founder of a winery group that promotes natural winemaking practices – a true renaissance man! A firm, big red wine built to age yet it is generous now with lots of dark juicy fruit and exotic spice.

Flora from the Passionfruit Man: Kosher. This is not a wine but an alcoholic drink (12% abv) that has been created by soaking high quality passionfruit in alcohol. The passionfruit comes from Moshav of Ein-Iron, in Northern Israel, and is made by Shay Fishbein, an electrical engineer by training, who said he uses special techniques to extract the pure essence of the passionfruit. I had to mention this “liqueur” because it is, hands down, the best fruit (non-grape) libation I have had – it had such a beautiful, pristine expression of passion fruit… absolutely delicious! Flora is not sold in the US but you can check out their website.