A unique city, part of the UNESCO world heritage list since 1993, after the mass migration from the Sassi, has since turned a new leaf

It is a special place in a region that is often overlooked. It is a unique city, not only because of its Sassi – made up of ancient cave dwellings, – and its long history, but also for the generosity of the people who live there and its privileged geographical position. We are talking about Matera, a city that is the symbol of Southern Italy, suspended between tradition and innovation, past and future. In 2014, the Lucanian city – Lucania is the original name of the region commonly called Basilicata, – was awarded the role of European Capital of Culture for 2019. Despite the fact that there are still 3 years to go, the city is ready to start the first projects.

Admired from the opposite side of the Torrente Gravina, the small canyon that divides the area surrounding the city, Matera appears in the eyes of the beholder with all the majesty of a never forgotten past. This old city has three historic souls. The first one, from the northwest side, is Sasso Barisano situated along the road that leaves the city and continues to Bari. Then, the one in the southeast, Sasso Caveoso, so named because of its similarity to an auditorium of a Roman theater. Finally, the one situated in the middle, Civita, the central district, home of the Romanesque Cathedral that both connects and divides the two Sassi. 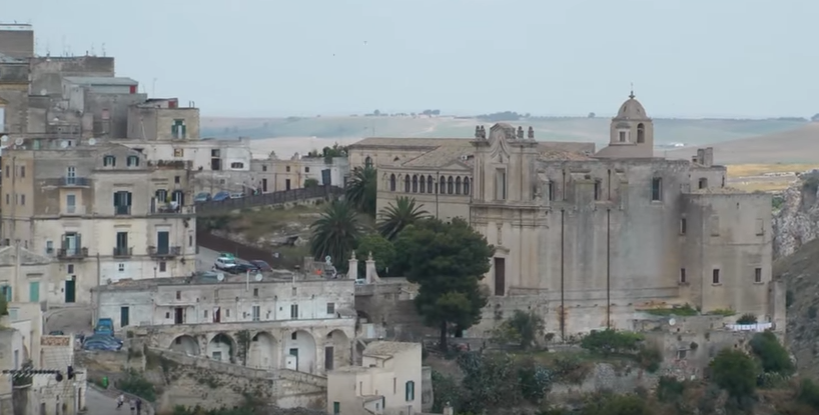 When immersing oneself in the city and walking through via Casalnuovo and via Buozzi, around the rupestrian Madonna de Idris Church, it is easy to breathe in the thousand-year-old traditions of Matera that characterizes its history and shapes its present even today.

Ancient Greece and its colonies had a vast effect. The cultural influence of the Byzantines and Lombards, two peoples who fought at length in order to exercise control over Matera, can also be seen clearly. Today, when you walk through the alleys and streets of the two Sassi, the walls and the stones seem to want to tell you about their past. Even when it is difficult and painful to remember, as during the severe humanitarian crisis of the first half of the 20th century, the years in which the Sassi of Matera proved structurally unsuited to accommodate a steadily growing population. With no sewage system, unacceptable sanitary conditions and a high child mortality rate of great concern – almost five times above the national average, at the time, – the Sassi were at the center of a long public debate.

Only after the raising public awareness by numerous Italian intellectuals of that time, among whom was Carlo Levi, the author of the well-known novel  “Christ Stopped at Eboli,” did politicians decide to intervene. And they intervened drastically. It was May 17th, 1952 when the then Prime Minister Alcide De Gasperi signed a special law, which decreed the migration from the Sassi and the transfer of citizens to new and more modern neighborhoods, which were equipped with services, achieved through state funds. 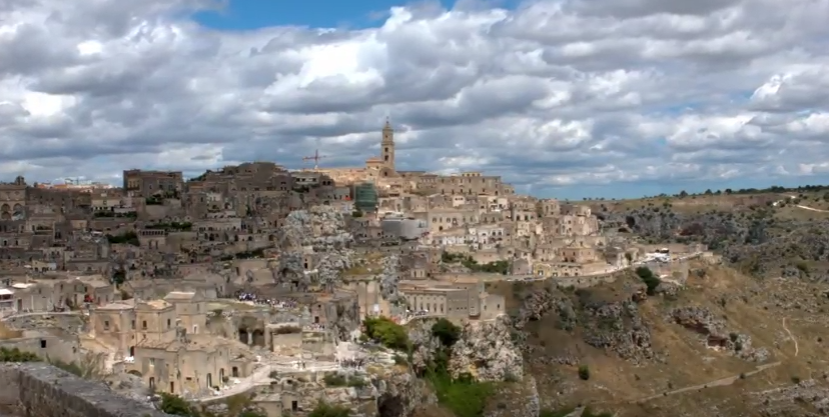 It has been over 60 years since that day in late May. 60 years in which Matera has changed and grown, modifying its urban structure without losing its identity.

After the mass migration from the Sassi, Matera turned a new leaf. It was home to over 55 film sets, from “The Gospel According to Saint Matthew,” one of Pier Paolo Pasolini’s cinematic masterpieces, to Mel Gibson’s controversial “The Passion of the Christ.” In the 1980s, Matera received funding to revitalize some of its ancient neighborhoods. It was nominated to be a UNESCO World Heritage Site in 1993 for the magnificence of its Sassi. In 2014, it was nominated to be the European Capital of Culture in 2019, a role that gives the opportunity to two European cities every year to showcase themselves as the birthplaces of culture of the continent. This will be the first time for a southern Italian city.

The festival will last all throughout 2019. Matera is already in a state of excitement, three years before it starts. The Matera-Basilicata 2019 Foundation, the party responsible for the success of the events and realization of the project that won the candidacy, recently organized four days of workshops, over the course of June 28th-29th at the Centro Cecilia di Tito Scalo, Potenza, and from July 14th-15th at the Centro Tilt di Marconia, Matera, which laid the foundations for the activities of the following months.

There’s one slogan for all the events: “Play Now, Build Up. Everyone together, ready to go.” The first goal is to further study, with the contribution of professionals and experts, the successful “case histories” in Europe and the region, with regard to the promotion of their cultural heritage. Second, to provide the socio-cultural operators in the Lucania area, Basilicata, with a broader knowledge to better tackle future projects. 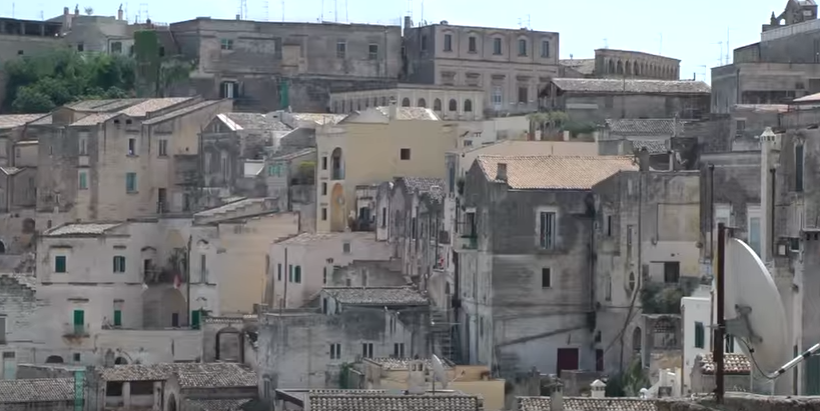 At the center of the application coordinated by the Foundation, there are two key factors. First, the individual’s central role, seen as the essential basis for the cultural regeneration of the community: “It is important that each citizen of Matera plays a role: the cultural offer is intentionally open to everyone” stated Rossella Tarantino, project manager for the Matera-Basilicata Foundation 2019, during the forecast of activities for 2016.  “The Lucanians, as well as Italian and European citizens, will play an active role in our work and our projects.” The second key factor is instead the willingness to work together: “To regenerate the cultural software of our city and make sure that this candidacy doesn’t become a point of arrival but rather a new point of departure, it’s necessary that no one stays behind: we will always work side by side.” 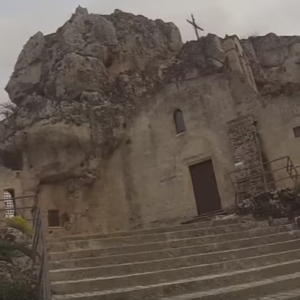 While there are two key elements that distinguish the project for Matera, European Capital of Culture 2019, there is instead one basic principle that will guide the work of the Foundation: transparency, which is considered by the president of the Foundation to be an indispensable value, especially today, in which corruption has become the rule and not the exception.

Among the topics from the application, although implicit, transparency still has a prevalent role. It can be found in the willingness to promote a shared European model of development, capable of joining tradition with innovation. It’s at the center of the very notion of cultural citizenship, inspiring new reflections for the future without forgetting the fundamental values of community. It is at the basis of the first real goal for which Matera will put itself on the line, from now until 2019: from a small Italian town of 60,000 souls to a concrete response to the European crisis through the sharing of best practices. It might be a Utopia; however, one that is absolutely essential to believe in.