Mott the Hoople lead singer Ian Hunter is seventy-nine and still rocking. And the band reunited for a tour! (But have you ever heard of them?)

Coventry, England, two years ago at the end of January. It is not cold, though it has been raining buckets for days. My hotel is only a short way from the train station, but after just a few hundred metres on foot,  I am already drenched. Wearing a black dress and stilettos unsuited for this harsh weather, I decide to get on the first bus that comes by, and I am fortunate. It’s the one going towards the University of Warwick – the campus where the show is taking place. I’m twenty-three and I’m going to my first rock concert since I became an adult. The last one had been Lou Reed, eight years before. Ian Hunter and the Rant Band. Queuing to enter the Copper Room – the venue of the show – I notice I’m the only really young person among the fans of over-60s. A Scottish woman, feeling for me after hearing my story and of the long voyage, gives me her place directly under the stage and clasps my hand. There are no more than two hundred people there. Ian arrives, greets the crowd, and begins to sing. I am spellbound. My idol is mere centimetres away from me, and if I stand on my tip-toes I can almost brush against his calves. I don’t know the musicians that accompany him, but they are tremendous. They bring to mind Buff, who had passed away a few weeks before, and also Ziggy. The concert closes with All the Young Dudes. Overwhelmed with emotion, the tears flow from my eyes while I try to maintain some composure. Thank you, Mr. Patterson. Stay just like you are – forever ours – the hero of us privileged few. 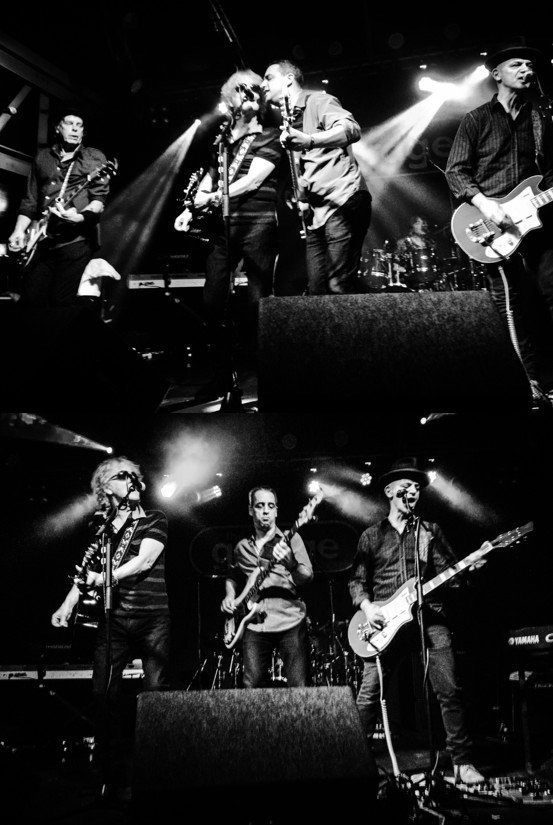 Ian Hunter turns seventy-nine on the third of June, but it seems like he’s still a young man – tall and slim, always wearing sunglasses that shade his beautiful azure eyes, and the same shy mischievous grin as he had back when his career was starting. His fans, relatively few in number, idolise him, and yet most people don’t even know his name. Italy does not know him at all. Why? He was the frontman of Mott the Hoople, a small band from Herefordshire which on the verge of breaking up was saved by an unexpected gift from David Bowie, the poster boy of glam rock, and became great almost by accident. But before that, we must first take a step back in time.

Ian Hunter Patterson was born in the town of Oswestry a few months before the outbreak of the Second World War. He left Shropshire with his family and after moving to London for some time he took refuge in Hamilton, Scotland, where he would live for a long time. His father and mother hoped to keep his head firmly screwed on, but he dreamed first of football and then of music. He did not however have either nimble feet or a powerful voice. He married very young, and was soon no longer a boy. He played and sung a little, first in Apex Group, then with Scenery. In 1969, Guy Stevens, the mad manager of Procol Harum – he would die from an overdose of prescription drugs at the age of just thirty-eight, with the Clash dedicating to him a b-side song – took on the Silence, formerly the Doc Thomas Group, made up of bassist Pete Overend Watts, drummer Dale Buffin Griffin, guitarist Mick Ralphs, and Verden Allen of the Inmates on organ. He rechristened them Mott the Hoople, from the name of a little-known novel by the American journalist Willard Manus. Mott is Norman Mott, a wild and reckless man; Hoople is almost untranslatable, though the word had a ring to it, and that was enough. Thus Mott the Hoople was born. Out went singer Stan Tippins, relegated to the role of roadie, and in came Ian Hunter, who perhaps convinced more in the role. Patterson, his true surname, which was later abandoned, was already thirty years old and this was his last chance to make it big.

Mott the Hoople did not do glam rock, but they liked it well enough. The English music landscape was varied at the time. Progressive rock was enjoying great popularity, The Who went out with a bang with Tommy, a magisterial rock opera, and David Bowie was big but not yet huge, while Marc Bolan was the undisputed leader of the glam gang, both being represented by Tony Visconti. After three years together, the members of Hoople were no longer getting along with each other, and after Brain Capers and a tour with more shadow than light, they had decided to hang up their instruments and go their own ways. Overend Watts told this to Bowie, who was a friend of the band, and David proposed two songs to them on the condition they did not split up: Suffragette City, which was rejected by Ian Hunter and then included in The Rise and Fall of Ziggy Stardust and the Spiders from Mars, and All the Young Dudes, a truly unique hymn to life, with strange lyrics and a catchy chorus. Wendy, who steals clothes from Marks & Spencer, Freddy ripping bits of glitter off his face. Funky little boat race! And then Billy, rapping all night about suicide and Jimmy, who wears women’s clothes like Sugar and Holly, the transexuals of Lou Reed’s Walk on the Wild Side. The band didn’t have any doubts: this song was a winner. All the Young Dudes reached the top of the charts in July of 1972 and that glorious head of blond curls became the idol of young girls everywhere. At last! Bowie would go on to sing it too, but the piece was now Ian Hunter’s, and he felt it. 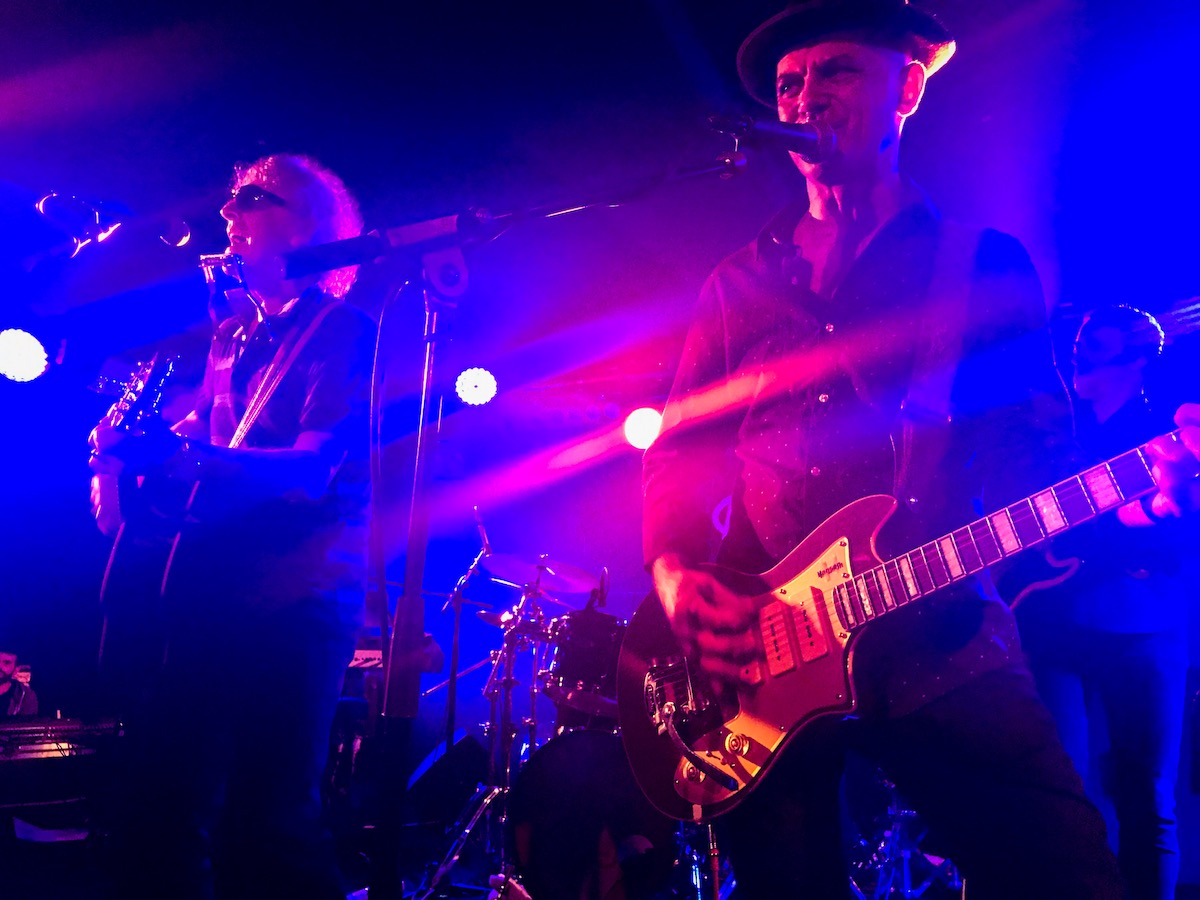 Verden Allen and Mick Ralphs left the group a year later, and in their place entered Morgan Fisher and Luther Grosvenor, under the sobriquet Ariel Bender. Hoople followed up with two cult albums: Mott in 1973 and The Hoople in the year after, though the band did not long withstand the commotion around them due to their sudden success, and Hunter stepped down from the helm. The remaining members of the Hoople continued as Mott for some time. Mick Ronson, by now free from performing for Bowie, was like a brother to Ian Hunter, who understood his potential and always kept him close. This companionship would last until 1993, the year of Ronno’s premature death. Three years on, Hunter would dedicate Michael Picasso from the album Artful Dodger. In the meantime, he undertook a brilliant career as a soloist, with a few flops but many hits for albums – All American Alien Boy, You’re Never Alone With a Schizophrenic (containing the legendary Cleveland Rocks!), and in more recent times Rant and When I’m President. His most celebrated songs were Once Bitten, Twice Shy – his first single of 1975, later rearranged by many bands – and All of the Good Ones Are Taken, with the ironic and unforgettable video. It’s been forty-four years since the historic band ended, and yet his desire to stay current and produce music of great quality endures. Fingers Crossed, his latest album, was released in 2016. The first single to come from it was Dandy, a magnificent tribute to David Bowie. The circle at last closes itself. 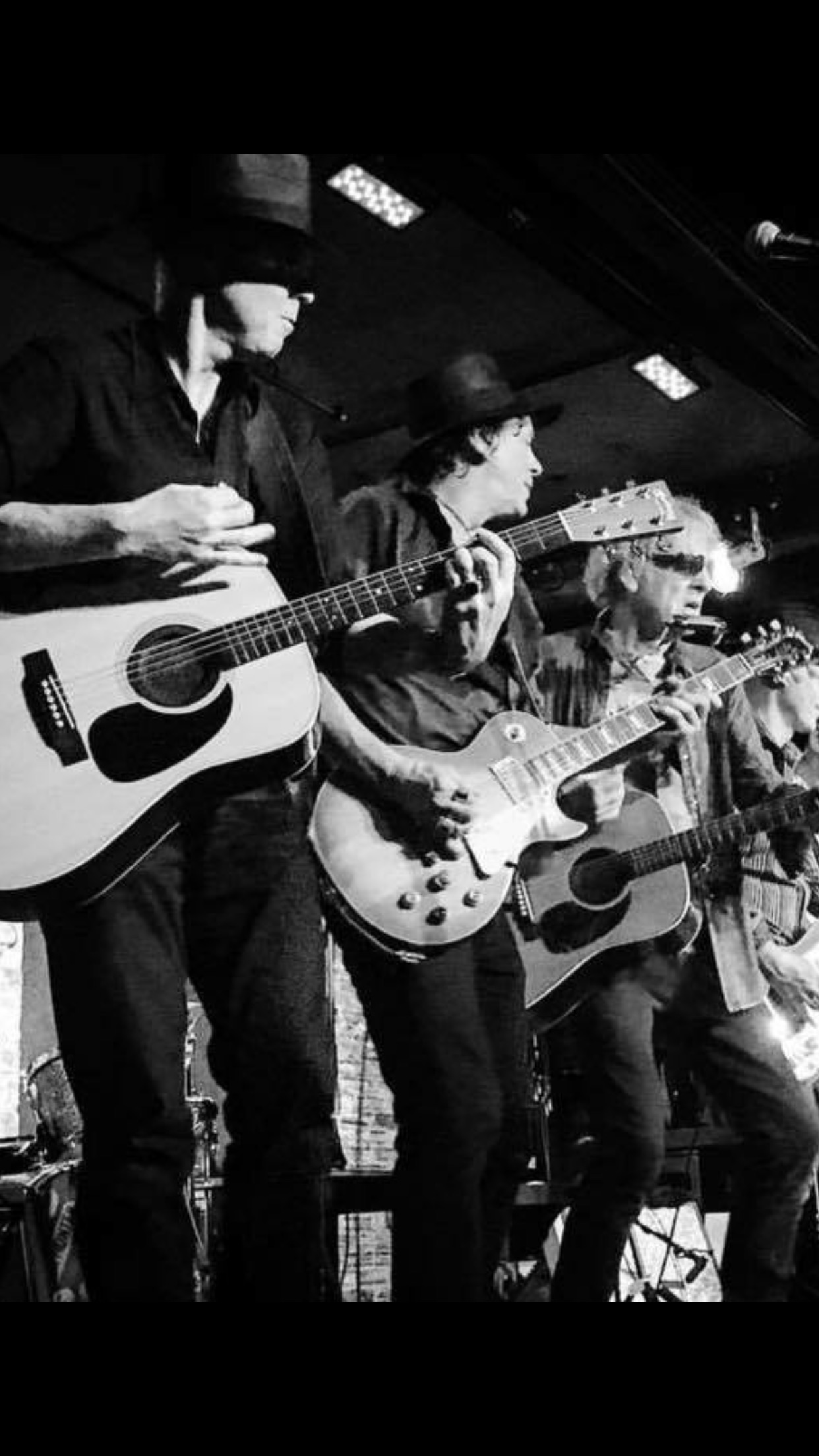 This summer, the remaining members of Mott the Hoople except Phally – Overend Watts and Dale Griffin passed away recently, while Mick Ralphs is still recovering from a stroke – will reunite for three European tour dates. Yet for the first time in many years, the band will miss its birthday gig, the famed annual concert at the Winery on Varick Street, Manhattan, which has long brought together the American fans. For a decade now Ian Hunter has been accompanied by the Rant Band, five musicians of great talent: Mark Bosch and James Mastro, the latter formerly of the Hoboken-based rock band Bongos, on electric guitar; Steve Holley, drummer for Paul McCartney’s Wings for a couple of albums; and lastly Paul Page on bass and Dennis DiBrizzi on keyboard, the two Italian-Americans.

When I discovered Mott the Hoople, I was fifteen years old and already atypically well-informed in matters of music. American Idiot by Green Day, the punk rock group, was my first album. I loved the Ramones and the Sex Pistols too, and I listened to Bowie and Bolan from time to time, but da brava italiana, being Italian I had never heard of Ian Hunter. A dear friend of mine and lover of glam suggested we listen to All the Young Dudes together; you will like it, you will see, he said. I remember everything about those brief moments of time: the click of the play button, my trembling lip, my tears on hearing the chorus. At the end of the song I was both in pieces and in love.

But this friend, whom I cannot say was simply a friend to me, died suddenly soon after, making rock music indigestible to me for years. Listening to Mott the Hoople forced me to relive all the grief. From the Lou Reed concert in Loulé, Portugal until the Coventry gig, I did not set foot in a concert hall. But one evening in November 2015, shut up at home for days with an awful case of flu, it crossed my mind to search for Ian Hunter on Google, only to discover that it was just a few months before he would be touring Britain. Without thinking twice about it, I bought an airplane ticket for Birmingham, my ticket for the fantasy, as Hunter would call it in Saturday Gigs. Since that evening I have seen the Rant Band various times in the USA, England, Scotland and Italy, trying to marry work and passion. Thanks to Paul, I even got the chance to shake the hand of Ian and get a photo with the band backstage at the Winery. A beautiful person and an undervalued artist. Happy birthday, Ian – eterno ragazzo. You were a dude and the dude was you.