Medardo Rosso Comes Into the Spotlight

After 50 years, Italian sculptor Medardo Rosso's work to be displayed in United States

On the 11th of November, 2016, the Pulitzer Arts Foundation will open to the public a new  exhibit of more than 100 works of the radical Italian sculptor Medardo Rosso, entitled Experiments in Light and Form. Following the 2014-15 exhibit at the Center for Italian Modern Art in New York, this will be the first exhibition of this size in an American museum in the last 50 years. The show consists of 100 works, including 30 sculptures, 30 drawings, and 40 photographs. More than half of the sculptures shown have never been displayed outside of Italy, and the event will mark their US debut.

Rosso, who was known as a post impressionistic artist, worked in the same time period as more well known contemporaries Edgar Degas and Auguste Rodin, receiving greater praise in the French advanced art scene, rather than in more traditional Italy. 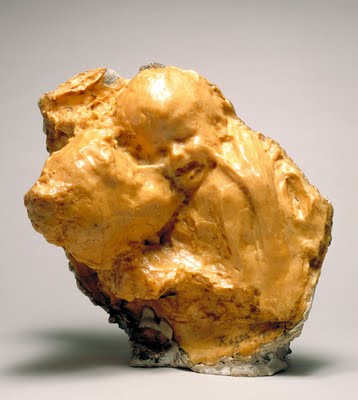 Medardo Rosso (1858-1928), was known for his use of lighting in displaying his works, as well as his use of recurrent motifs, often portraying the same subject in a series of different mediums. Slightly radical for his times, Rosso’s works often displayed what many during his time viewed as “imperfections,”-remnants of the casting process that most artists took great care to remove or avoid. “By intervening at various stages of the process as well as with the finished sculptures, he rendered his highly worked surfaces sensitive to subtle illumination,” the Pulitzer Arts Foundation fact sheet explains. His great care to illuminate changes in light and shading was enhanced by the textures he chose to use in his works, as pointed out by Rosso expert and exhibition co-curator Sharon Hecker.“By modulating the sculptural surface, Rosso made his works receptive to subtle changes of light and shadow, which enabled him to pursue a radical idea of “dematerializing” the three-dimensional object, as if it were subject to time and atmospheric effects,” she said, elaborating on the artist’s logic behind his techniques. These attributes in his art are heightened even more by the unique architecture of the Pulitzer galleries.

The very specific style of architecture which the galleries boast can be attributed to the desires of Emily Rauh Pulitzer and Joseph Pulitzer Jr., when they sought to obtain a space to showcase their art, and eventually the works of others. They invited the Japanese architect Tadao Ando to create the space, who he took the opportunity to create a gallery slightly different from classic museum spaces. “In Ando’s design, natural light would soar through the building, illuminating the galleries more like a home than a museum,” the Institutional Backgrounder for the foundation explained. “Artwork would also be installed without the addition of any wall text, reflecting a fundamental belief in the power of art and architecture to challenge, enrich, and move its audiences in uniquely personal ways.” These architectural details work extremely well in housing the upcoming Rosso exhibit, as subtle influences in lighting were a high priority in his pieces. According to Ms.Hecker, “The focus of Medardo Rosso: Experiments in Light and Form is Rosso’s interest in the relationship of his works to light, which we consider with respect to sculpture, photography and drawing.”

The show comes two years after the annual exhibit at CIMA that highlighted Rosso’s revolutionary approach to sculpture. “One of CIMA’s goals to serve as a kind of ‘incubator’ or laboratory of ideas for other larger, more established institutions—to draw attention to many of these modern Italian masters not so well known or exhibited in the US, where historically museum narratives of modern art have been very Franco-centric,” explains Heather Ewing, Executive Director at CIMA. “We are thrilled that The Pulitzer attended most all of our Medardo Rosso programming as they were conceiving their own exhibition. And likewise that curators from the Metropolitan Museum of Art chose to include three Rosso sculptures that were at CIMA in 2014-15 in the Met Breuer’s inaugural exhibition, Unfinished: Thoughts Made Visible.”

All About Spritz: An Interview with an Expert

Palestinian 69 Days Without Food- and Counting

The Ins and Outs of Leaving the Nest