Not Your Usual Giorgio Morandi

On Friday October 9th, the Center for Italian Modern Art opens its doors to the public for its third exhibition season, devoted to Giorgio Morandi. One of Italy’s best known and most loved painters of the modern era, the maestro and his works have been the protagonist of endless exhibitions, most recently in New York City at the Metropolitan Museum of Art in 2008, with the anthological show Giorgio Morandi, 1890–1964.

So hasn't the public seen it all already? Is CIMA’s exhibition any different? This new installation, comprising approximately 40 works, focuses on the least studied and exhibited period of Morandi’s life: the 1930s. In this transformative decade, the artist became Professor of Etching at the Fine Arts Academy of BolognaÔÇòwhere he had been a student in his younger yearsÔÇòand consolidated his artistic interests through steady intellectual focus but endless formal variations, elevating him to among the most celebrated Italian artists of the 20th century. 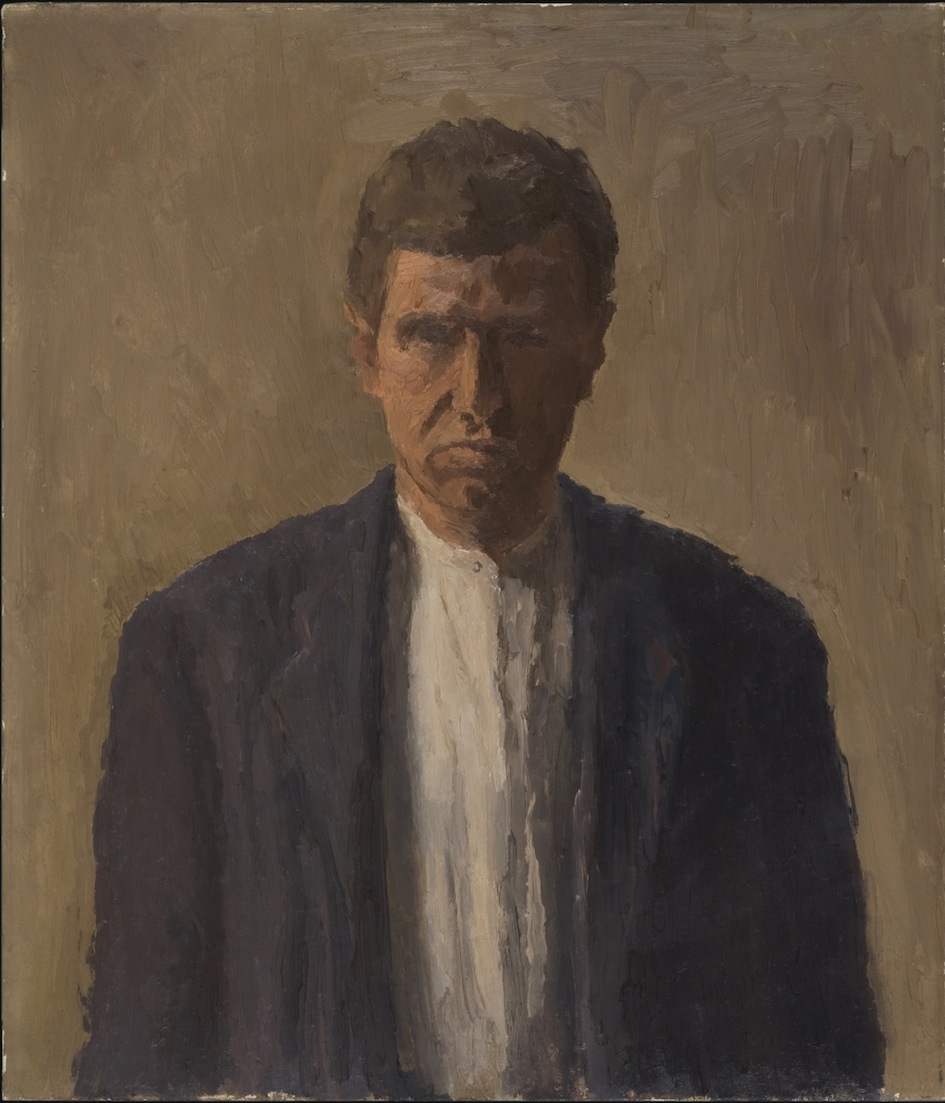 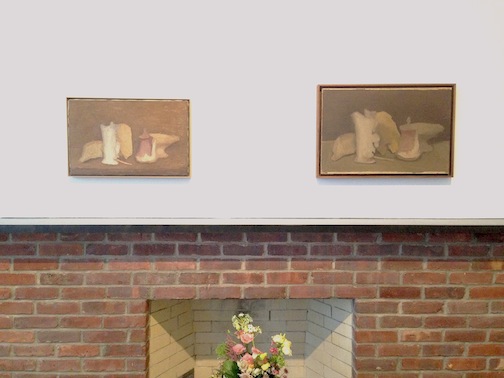 Characterized by a thick use of paint and numerous structural experimentations, the works from this decade shed light on an unexpected Morandi: an artist whose complex practice goes beyond the harmonious forms and delicate colors for which he is known internationally. Some of the works on view, such as a 1930s Self-Portrait where the artist disquietingly stares inert at the viewer, have not been exhibited in the U.S. in almost fifty years.

For the first time in the US, this exhibition also brings together works from two major private collections of Morandi: those of Augusto Giovanardi  (now bequeathed to the Museo d’Arte Moderna e Contemporanea di Trento e Rovereto in Italy) and Gianni Mattioli. Both collectors had a relationship of friendship and patronage with the artistÔÇòexemplified by the flower still lifes that Morandi painted as a gift for the birth of their respective daughters. Giovanardi and Mattioli developed parallel collections with tastes so similar that it makes it difficult to distinguish at times which works belonged to whom. The result of the comparison, however, is illuminating and stunning. 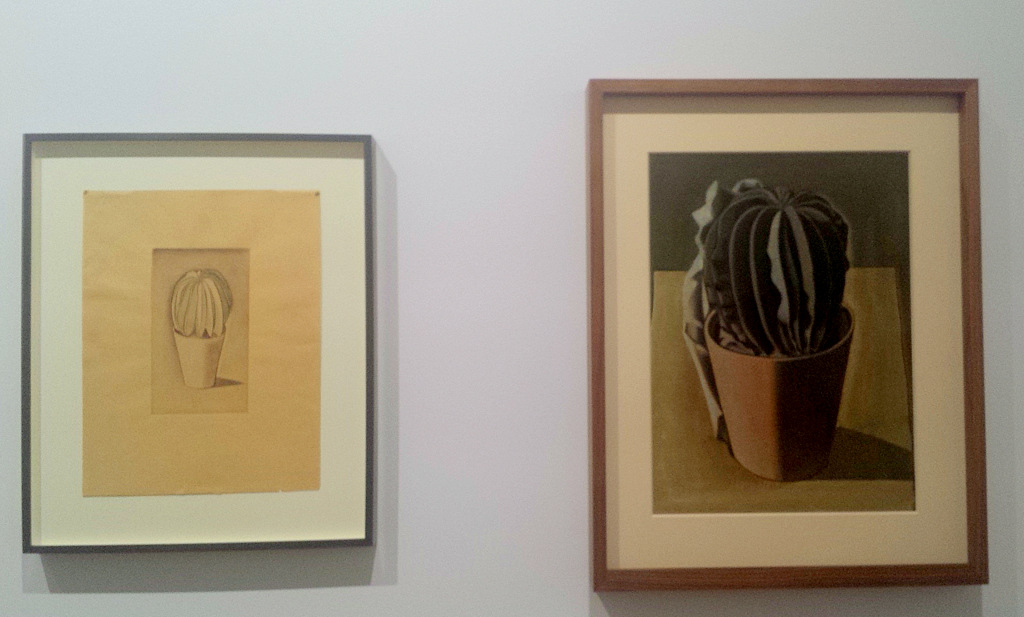 Although focused on the 1930s, the exhibition also highlights the continuity of Morandi’s artistic career by exhibiting works from his early and last years. A highlight from his early period of the 1910s is an oil painting, The Cactus; in anticipation of the Met show, during conservation spearheaded by CIMA’s Founder and President Laura Mattioli, a Self-Portrait that for decades had been considered destroyed was discovered hiding on the reverse of the picture. On view also is a copper object specially made by Morandi as a model for his paintings. It is one of the only such objects in private hands; the rest are all kept today as part of the Morandi Museum in Bologna. This mysterious and non-functional object, one of the many made by the artist using humble materials, can be found in two nearby paintings from the artist’s last years. 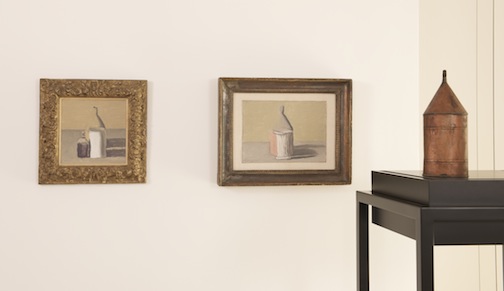 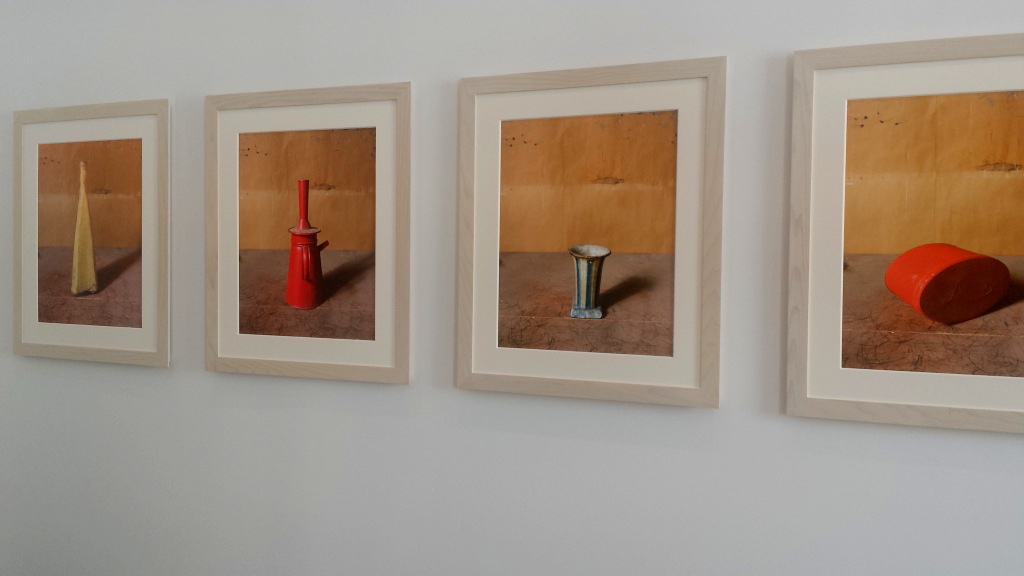 Giorgio Morandi has long been considered an “artist’s artist.” His relevance to international artistic discourse is alive and thriving. In CIMA’s spirit of developing an international dialogue around Italian art and its tradition of presenting 20th century Italian masters alongside more contemporary art, the exhibition also features the work of four contemporary artists: Tacita Dean’s stills from a video on the fascinating marks that Morandi made on his work surfaces to indicate the placement of his still-life compositions; Wolfgang Laib’s monumental sculpture in honeybee wax, in material dialogue with Morandi’s dense works from the 1930s; Joel Meyerowitz’s photographic series on the objects the painter used as models; and Matthias Schaller’s photograph of Morandi’s diaphanous palette. 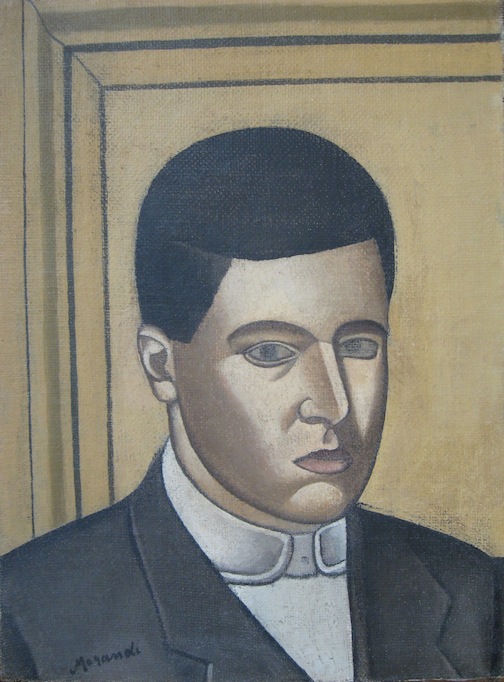 A rich calendar of contemporary artist talks, screenings, and study days will complement this special exhibition. Among the highlights of the fall season is a conversation on November 7 featuring Morandi’s former teaching assistant and New York-based artist Janet Abramovicz, who will discuss her experience working with the maestro and her thoughts on CIMA’s exhibition with Emily Braun, Distinguished Professor of Art History at CUNY and the Guest Curator of Alberto Burri: The Trauma of Painting currently on view at the Solomon R. Guggenheim Museum.

To learn about all the upcoming public programs, visit the Center for Italian Modern Art’s website  and while browsing, don’t forget to get your ticket to this one of a kind exhibition!

This article has also been published on the Center for Italian MOdern Art's blog.

Not Your Usual Giorgio Morandi