Explosion Rocks the East Village One Year after Harlem

A building explosion rocked the East Village on Thursday afternoon following a gas leak. Chaos ensued in the streets as residents in the surrounding buildings were evacuated by the FDNY. Two buildings have collapsed and two more have been damaged, one of which is still in danger of collapsing.

Bill de Blasio spoke to the press near the scene, saying that the FDNY, of whom there were 250 responders, had contained the fire to four buildings. “At this moment, we know of twelve individuals who are injured, three of whom are in critical condition.” The mayor went on to warn “Again, this is a constantly evolving situation.” Later news reports have said that as many as 30 individuals may have been injured. There are also concerns of missing firemen. 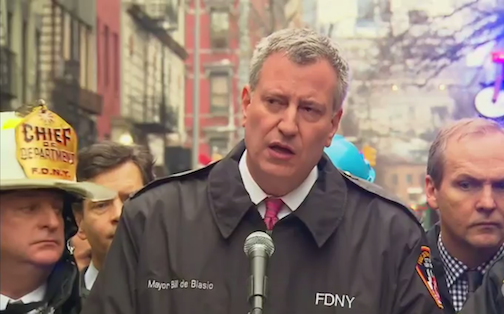 Mayor Bill de Blasio spoke to the press after the explosion

A private plumbing and gas company was working in the building prior to the explosion. When Con Edison, the largest utility and gas company in New York City, arrived for an inspection they informed the contractors that the work was not acceptable. “Until we know what happened here, we cannot pass judgment. We need to fully investigate,” de Blasio cautioned.

According to police officials the explosion occurred shortly after 3pm. The Fire Department arrived on scene within three minutes after the explosion and immediately evacuated nearby residents. Steven, one such resident spoke to La VOCE about his experience at the time of the explosion. His apartment is on the 6th floor, and the view from his window faces the rear of 121 Second Avenue, the building in which the explosion occurred, which is just five stories high. The buildings are separated by a courtyard, now full of debris.

“I was napping at the time.” Steven says. “You could hear it for blocks. It was something that told you there was something wrong.” He watched the fire travel up the building and was shooting a video until it got too hot for him to hold the camera out of his window. “People got hurt for sure. I could hear them yelling for help.” Shortly after, his building was evacuated by the FDNY. He says that they hammered the doors down in his building. After hearing them banging on his for a short time, he tried to open it up for them. “It was already broken and wouldn’t open,” he says, “they knocked the rest down.” 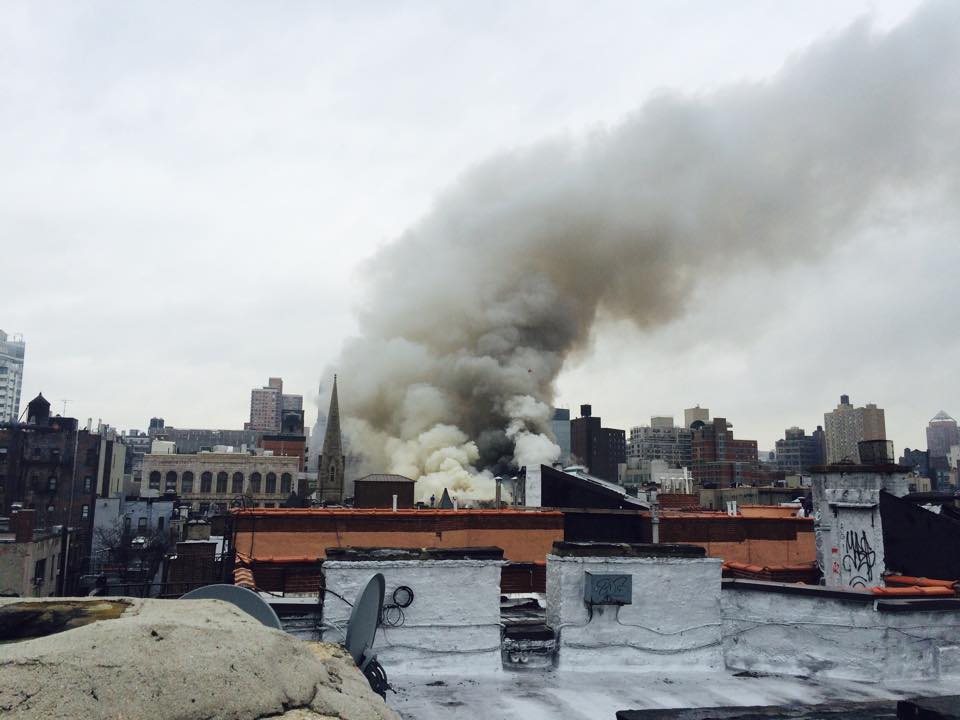 Another nearby resident, Isabel, says she was at Beth Israel by Union Square at the time, and could smell gas in the elevators. “Some people went to complain with the security of Beth Israel about the smell until they went outside and saw it was not in the building. I rushed to my house to seal all the windows because of my dog.” There was no damage to her building, “Just smoke.” Isabel said. “I could see when the ceiling was falling. And I heard of a guy that had a bunch of expensive artwork in storage in one of the apartments on the corner. And he lost it all.” Isabel, a cook, says that all the restaurants are closing in the area due to the gas being cut. Her restaurant, on First Avenue has already closed.

The devastating explosion comes just one year after the March 12, 2014 Harlem explosion that claimed the lives of eight. In the response to the explosion uptown, New Yorkers were quick to place blame on Con Edison, but this time the utilities company warned of the threat created by the independent contractor’s shoddy work. It will be the city that has to answer to the questions and concerns of New Yorkers about safety from these tragedies.