Last Sunday concluded the 14th edition of the architecture Biennale in Venice, which strongly set itself apart from its predecessors with its resistance to paying homage to the great archistars of contemporary architecture and their formal and technological experiments. This edition's curator, the big brother of archistars himself representing an entire era of research and experimentation, Rem Koolhaas, is undeniably the most influential figure (both revered and criticized) in the last 50 years of architecture.

The birth of the 'Biennale di Architettura di Venezia' dates back to 1980 with a show entitled 'The Presence of the Past' in which Paolo Portoghesi coined the concept of postmodernism. The exhibition was opened by the same Koolhaas, a young Dutch architect at the time, who created an installation in the 'Strada Novissima' with an undulated facade that appeared to be projecting into the future, ignoring the past and demonstrating an early desire to go beyond postmodernism. Fourteen editions later we find him curating the 2014 Biennale, symbolically closing that street and marking the end of an era, going back to the starting point, the 'Fundamentals', the theme that he chose for this year's event. It is by following this thread that we want trace the paradigm shifts and analyze the outcome of this edition that received contrasting opinions from the thousands of visitors that since June populated the streets of the Giardini and the marvellous spaces of the Arsenale. 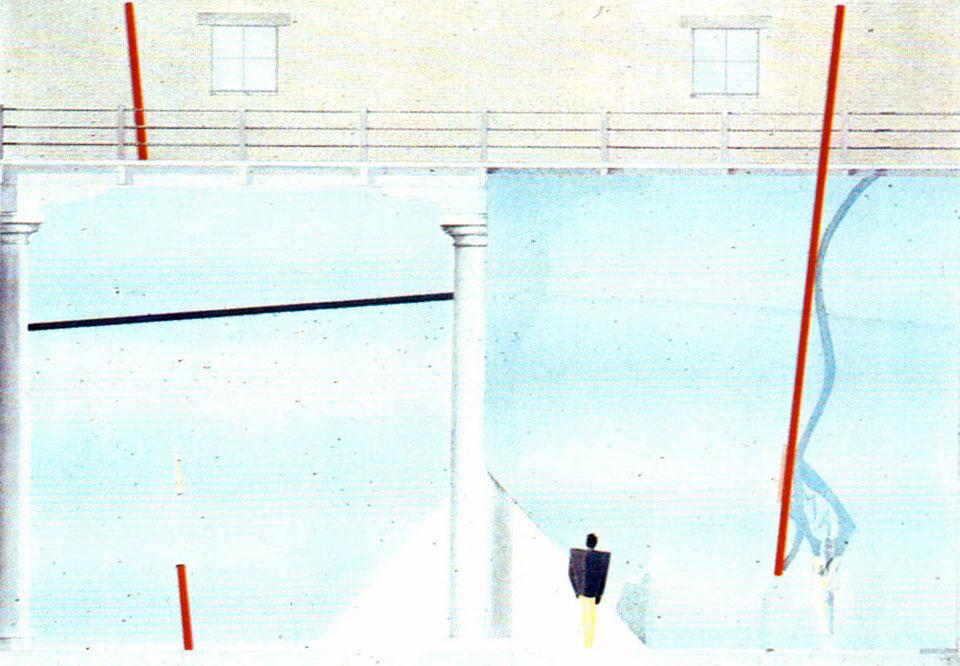 The presence of the past, Venezia 1980. Rem Koolhaas’s proposal

For an architect, it is a great challenge to curate the Venice Biennale. In recent years, several attempts were unsuccessful a not coincidentally the same Dutch architect refused the task many times before. But it is thanks to him that this year the themes were strong and clear, and, without having to resort to a type of hit-parade of trophy buildings, visitors were entertained, educated, stimulated, setting perhaps a new standard for future shows. If past biennials were dedicated to celebrating the architecture of the time, this one shifts the focus to history, with the intent of investigating the current state of architecture by returning to the origins, the archetypes of the discipline and, hence, imagining the future.

Under the guise of the curator, the show became a real and true investigation in a moment in history where research is often set aside and intuition seems to be freed from the theories upon which architecture has always based itself in the past. The essentials, that are used in every building by every architect in every location, were closely analyzed in rooms, each one dedicated to the study of a single element. In the very title 'Fundamentals' we infer the proposal of going back to the basics for a fresh start. It is an exhibition on architecture and not on architects says Koolhaas, and this cultural shift is what sets it apart from the usual ghetto of architectural shows.

In the Central Pavilion of the Giardini, the architectural evolution of the last hundred years is illustrated in a show called 'Elements of Architecture', a signature of the Dutch architect characterized by long study conducted with the Graduate School of Design at Harvard where an abridged vision of the parts that together form a building is put on display, emphasizing the pragmatic components of the discipline to the larger public. An initiative that is certainly courageous and innovative through how it retraces the history and development of architecture of the last century from a new perspective, that of the elements that it consists of, seeking to bridge relationships between architects, civilizations, and sciences (of architecture). 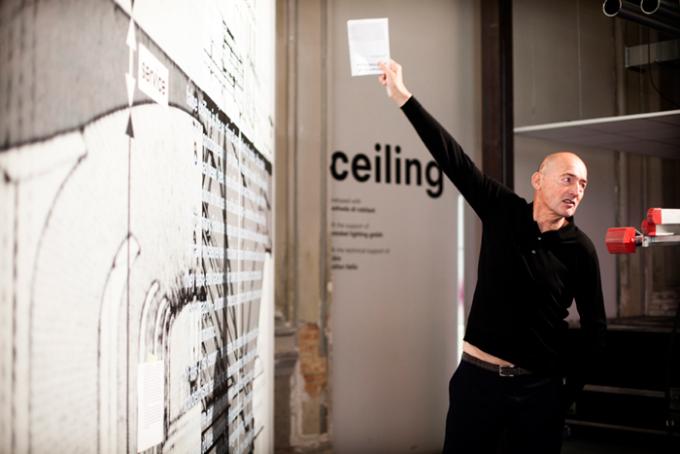 Koolhaas himself affirms: "The creation of a new element is rare; in large part they are reinventions … The fact that the elements change independently, according to cycles of style and economics, transforms every architectonic project into a complex collage." This urges us to study our method of designing in order to arrive at the DNA of each element, their origins and first contaminations. Maintaining these elements in their simplest form and isolating precise moments of their evolution gives way to extraordinary results and contributes to a much deeper and needed reflection.

The exhibition doesn't offer answers or alternatives but astutely foreshadows the future and Koolhaas once again seems to have preceded his colleagues by turning the page to reveal  a carte blanche upon which will be written the next chapter of architectural history. A genius in marketing, he packaged this Biennale underlining a simple concept that is already in the air: the return to basics from the elements, to begin again with the richness of all the  knowledge and discoveries of the past century. Ultimately, it isn't a great departure from the times of "S,M,L,XL", a kind of 'Bible' of contemporary architectonics written by Koolhaas in long ago 1995 (and rightfully considered the architectural manifesto between the two centuries). We can note a definitive change: two decades later we face a recession that is not only economic but above all ideological. The unshakable certainties that formed modernity, the guiding principles and rules, seem to have crumbled. The only way to move forward from here is to go beyond the contemporary and rediscover its foundations.

This new perspective allows us to see that 'archistars' are the gears on the larger mechanism that is economics, and, under this light, architecture does nothing more than to mediate between politics and movement of capital. The architecture of the last decades has been characterized by fluid forms and abstract mutations, affirming that structures like society will continue to change radically. The Biennale reveals that a 'style' does not exist in our day and age. Art, literature, cinema, and architecture have become cultural practices, political and social tools that adapt and accompany the needs of a rapidly evolving and developing world. Rem therefore invites us to turn to an architectonic alphabet, through a process that is quasi-cathartic and seemingly contradicts the tendencies of recent years, almost denouncing a generation of which the Dutch architect was the main theoretician.