“Shifting and Shaping a National Identity”: Italy’s Pluriculturalism in the Era of the New Immigration 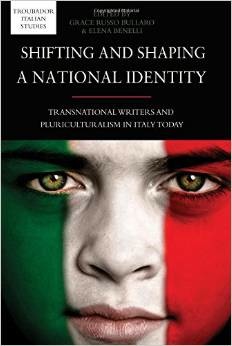 Shifting and Shaping a National Identity: Transnational Writers and Pluriculturalism in Italy Today, edited by Grace Russo Bullaro and Elena Benelli (Trobaudor, 2014), tackles issues in the controversies that revolve around migration in contemporary Italy, adopting an interdisciplinary approach to works of fiction and non-fiction. It aims to move the discourse forward from migration to transmigration; from nationalism to transnationalism, in a collection of essays written by prominent critics from educational institutions on three continents. What we learn from this volume illuminates not only the volatile situation in Italy, but serves as a global model for any country in transition.
La VOCE di New York has interviewed the editor of this important volume, Dr. Grace Russo Bullaro, Professor of English at Lehman College, CUNY and an expert in cultural identity in relation to migration.

How does our culture shape who we are, on an individual and collective level?

I don’t think it’s possible to extricate the individual from the collective. I see the relationship as being more an example of the   “chicken-and-egg “ conundrum. Which comes first? Certainly as individuals we are molded by the culture in which we are born and raised; through our upbringing as our parents hand down their own values; through education, as our teachers and mentors pass on their social and cultural standards, through our contemporaries as they modify, often through rebellion and struggle, the network of received notions that collectively go under the heading of culture. But every individual then  makes certain decisions, accepting and rejecting any number of these values and standards in the course of their own lives. In the end they themselves will shape the next generation as a result of these decisions. In this manner cultures then gradually change over time. Each one of us is a single cell in the organism that we call culture.

When does a migrant begin to identify his/her own home with the place in which he has decided to move? Or can s/he ever feel  at home in a different place from the original one?

The answer to this question is as varied as the number of individuals who come to grips with the situation. I’ve known people who “forgot” their culture of origin practically as soon as they entered the destination country, while there are others who cling to it with supernatural determination, totally rejecting the new environment. Ideally success, psychological as well as social, lies somewhere at the mid-point, embracing the new with all its opportunities, while drawing comfort and strength from the original identity.

Does an immigrant ever stop being considered as such in the destination country? Is the condition of being a migrant a temporal-space or a psychological one?

As so much research on the subject of migration demonstrates, even in the best of cases it’s not easy to  define a “migrant.” For example, using Italy as the context:

Is a writer who was born from immigrant parents but is an Italian citizen still a migrant?

How about writers who arrived in Italy from previous colonies? Are they postcolonial writers or migrant writers?

And what about those belonging to the second generation, or G2’s? Are they migrants? Native? Hyphenated? In Italy and a few other countries a child of immigrants even though born in Italy, must still apply for citizenship at the age of 18. What does this say about the identity of “immigrants”?

These are objective criteria, we might say. They define the individual’s relationship to the State. On the psychological level it is purely subjective.

What does being Italian really mean today?

Another question at the center of studies on immigration is national identity. Purity of identity is a myth. How many populations of diverse cultural and ethnic identity have inhabited Italy over the millennia? Etruscans, “Romans” (themselves diverse as a group) Longobards, Celts, “Barbarians” (ie Goths of various origins), etc. The list is extremely long. Most  people don’t realize that there are numerous languages today spoken in all parts of Italy by “native Italian” populations. German in the northeast, Arberesh in the various “Albanian” vestigial communities, Griko in Puglia and so on. Add to these all the languages spoken by immigrants. Certainly as we go forward in our post-globalized world we will need to rethink the exclusivist definition of nationality and identity in general. Just as it is difficult to define an immigrant (see ques. 2) it’s just as difficult to define an “Italian.” This condition is not particular to Italy. Rather, it’s global as national boundaries are re-defined or obliterated. In the future we may simply define ourselves as citizens of the world. Many of our young people envision a world where everyone is free to roam at will without visas and restrictions. Perhaps that is a bit too optimistic, nevertheless not impossible. 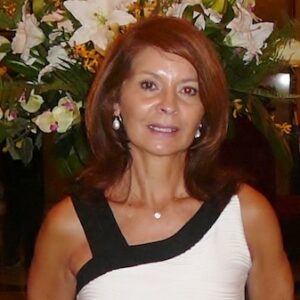 When and how did Italy go from being a country that produced emigrants to being a destination for new immigrants?  What  effects does this immigration have on Italy’s culture?

Well the ratio of immigrants/emigrants may change, but Italy is still exporting people. There’s much talk of a “brain drain” in Italy today, and it’s a very real dilemma for young people, especially the most highly educated, who find no opportunities in Italy and so they emigrate to other countries, Great Britain and the U.S. chief among these. Clearly the effect of this “flight of the young” is disastrous for a country known to contain the “oldest” population in the world and where the birth rate hovers around zero. As for immigrants, so many of them are not actually coming to Italy with the intention of staying, their intention is to simply pass through. You might say that Italy’s immigration is an accident of geography. It’s the closest point to Africa, therefore easiest to reach. Many if not most of the immigrants are aiming for France, Germany or Scandinavia where the economies are stronger and immigrants foresee greater opportunities. However, these intentions are frequently frustrated by the immigrants’ lack of resources and they get no farther than Italy.

The effects of such a demographic shift are extremely complex and difficult to summarize in a few sentences. However, we can point to a few of the most glaring ones. For example, we can say with confidence that one of the results has been to de-emphasize the traditional North/South racist diatribes in order to further inflame the hatred against immigrants. Another effect has been to divide the country into two camps: those who welcome the immigrants as a necessary infusion of human capital, and those who fear the immigrants and the cultural changes that their presence brings in society at large. That includes in the workplace, in education, in religion and in the value system in general.  Finally, on the physical level we note that in frontline locations such as the Sicilian islands, and Lampedusa in particular, communities have undergone dramatic changes that  have split the sentiments of the local population. While some engage in veritable battles against the immigrants, others offer to take the children into their homes.

What is the image that the world holds today of Italian migration and its literature?

Unfortunately most of the research and study on immigration that is being done today is not coming from within Italy but from outside. The U.S., Great Britain and Australia are the epicenters of immigration studies. Inside Italy there seems to be very little interest about any of the “new literatures,” migrant literature chief among these.  The school curriculum in Italy is still extremely traditional and the literary canon has remained virtually unchanged over time. I know for a fact, from interviews conducted last summer with middle and high school teachers in Italy that knowledge of any of the migrant writers that we study is practically unknown. None of the writers that we consider to be seminal in the field are taught in the curriculum and without exaggerating, the average person has not heard of any of them either. On the other hand, while interest in Italian migration studies may be strong in the  communities of scholars in the US, GB, and Australia that I have mentioned, the scholars themselves are mostly of Italian origin. In short, the world does not have its eyes trained on Italy and its immigrants.

In her essay Elena Benelli says that literature has become “the medium for migrants to contrast negative mediatic narratives in order to build a new sense of Italianness by means of their accented histories”. What impact does this new literature have on society? Does it really have any power to fight against prejudices?

Given the fact that for now migration lit has very little impact on the general population, we can instead note that migration literature is a medium that can raise awareness of the issues, and it is probably the only means that immigrants have to “talk back” to the hegemonic culture and protest its injustices. It constitutes THE principal channel of empowerment, of gaining a voice. Eventually through accretion and persistence, these voices increase in numbers and volume. It’s the first stage for immigrants who will in the end become an integrated part of society with the same rights and opportunities as everyone else. If it’s true that the squeaky wheel gets the oil, then immigrants must squeak.

How can  immigrants define their identity in cases where they live more than one culture on a day to day basis, as is the case for the Albanian poet Gezim Hajdari, who has written the first  bilingual collection of poetry, in both Italian and Albanian?

Immigrants have two choices: either retreat into their origins and bewail the loss of “home” and “identity” and thereby suffer from chronic (and sometimes crippling nostalgia), or embrace the possibilities of having a richer identity that draws on both the old and the new. The successful ones consider that they are privileged to know two cultures intimately, from the inside. Hajdari clearly is one of these. Cultural identity does not reside in any one element such as language. It is a composite of language, food, customs, practices and probably most importantly, of memories.

What are the distinguishing features of immigrants in NY? Is it possible to recognize a migrant? What are the differences between him /her and a non- migrant resident?

In view of what I’ve said previously about the difficulties of defining migration, migrants, identity, etc. it should not come as a surprise that in a city such as NY where the immigrant population is as high as 40% it’s virtually impossible to tell a native from an immigrant. The “native” most likely is a G2 in any case. In my college classrooms here in NYC I meet many students who though born and raised in the city still cling to their immigrant parents’ identity through language, food, customs and practices. Nevertheless, we should also keep in mind that New York is a magnet not only for the foreign-born but for people from other states. As such it becomes even more difficult to answer the question, as we would also need to distinguish between internal and external “migrants”.  In the end we can certainly assume that in a population of close to 9 million there is a little of everything.