The Internet continues to be an education game-changer, giving students a chance to both consume and produce content that engages them

On the 30th anniversary of the World Wide Web, educators should take a moment to reflect on the impact that the World Wide Web has made on the profession. It is impossible to imagine a scenario wherein the Internet is not ubiquitous: we’re connected anywhere, anytime, on any device, in the classroom and beyond. From posting grades to finding authentic materials for lessons to delivering lessons and assessments – an overwhelmingly wide gamut of endless possibilities.

The impact on student learning is also significant. Students have at their fingertips modes of learning that they find appealing. The Web allows for flexible and accessible learning, as well as personalized and autonomous learning, facilitating interaction that usually was limited to student-teacher interactions or those with classmates. The Web also provides new kinds of learning, where learners are not limited to the consumption of knowledge usually found in traditional teaching materials. They can also contribute to the creation of content, thus transforming student learning experiences and making tangible, meaningful connections to their lives.

The Web has substantially contributed to my teaching repertoire, and thus has had a long-lasting impact on my students. By now, you already know my claim to fame, I’m a pioneer of Twitter-based language teaching (golly, it was ten years ago that my innovative research on Twitter in the intermediate Italian classroom was published).

Regardless of the Web tools I’ve adopted in my teaching, that which I acknowledge first and foremost is that the Internet has shaped student participation within a larger learning community, in which they have an invested sense of belonging, and in which they share some common behaviors and values – with language at the core.

As educators, if we embrace open education, that is, “a philosophy about the way people should produce, share, and build on knowledge,” then we are harnessing the power of the Internet as Berners-Lee envisaged thirty years ago. A concrete example of this came years ago, when I incorporated a blog to enhance the writing component of an advanced grammar and composition course. Students were assigned cultural readings from the textbook and were required to develop them further, creating multimodal texts to post on the WordPress blog created for the course. Students applied the traditional  writing process, including drafts and edits on the new medium, with posts “published” only after revisions had been made. Moreover, students included videos, images, and learned how to tag posts, taking advantage of the inherent features of the open web. 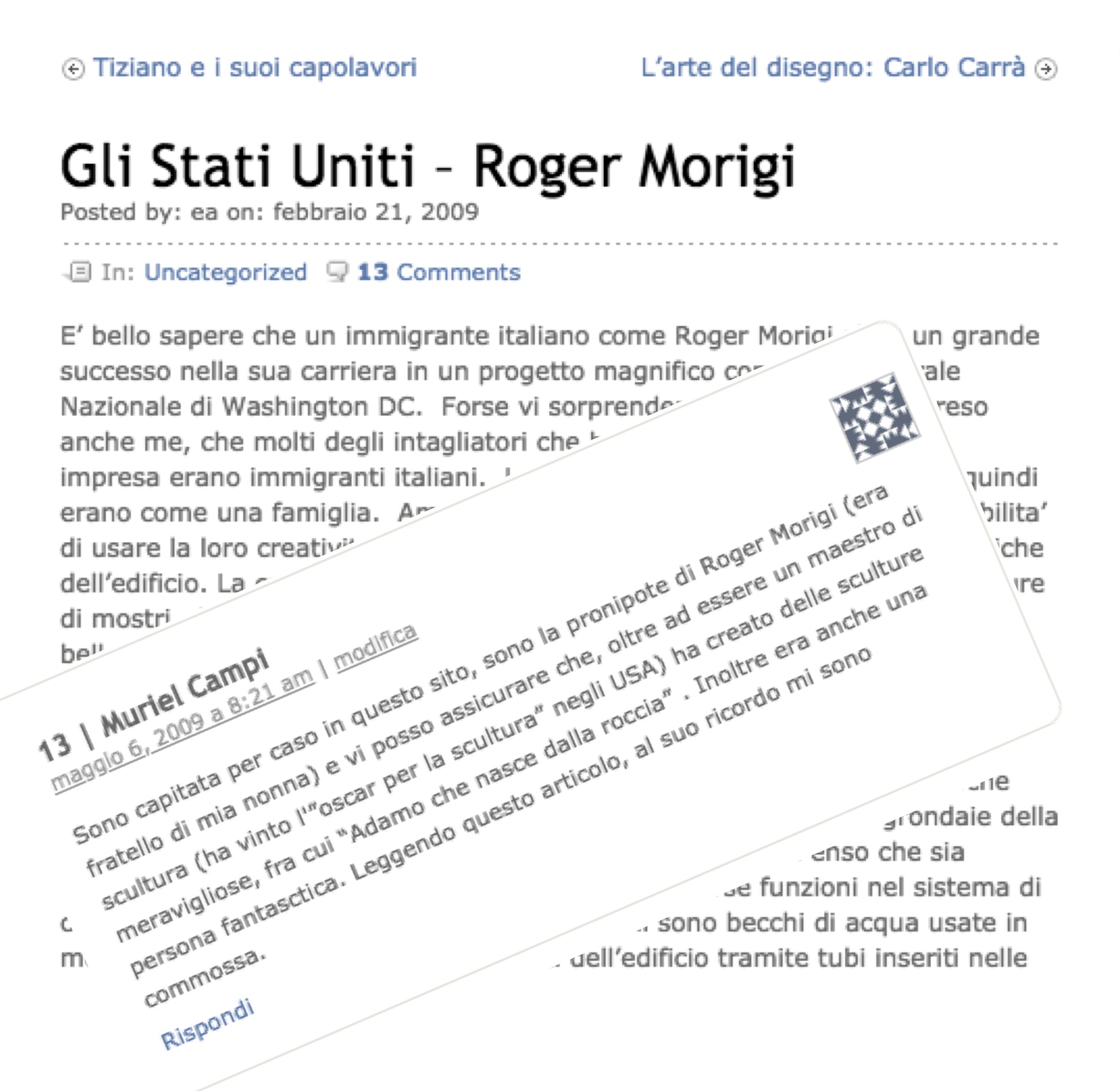 The potential of the Web, as we discovered for this class, provided the platform where the great grand-niece of an artist was able to connect directly with students studying her great grand-uncle. This comment rendered this learning experience priceless, connecting people in novel and innovative ways.

The Web connects students to a vast audience

Student-generated materials such as videos are interesting to students and help them to learn the language and delve into it with creativity and innovation. During a summer course with a small number of students, some studying abroad and others in the U.S., they conducted an ethnographic research project to compare and contrast the role of the Italian language in their respective communities. Interviews were shared on YouTube so both groups could access the respective “foreign” interviews of the research project. One of these interviews, “Lingua parlata degli italo-americani” (The language spoken by Italian-Americans), has had over 29,000 views, and the student interviewer– to this day– is nonplussed by its reach. No type of student output prior to the Internet would ever been able to garner such a considerable global audience.

In a course on the Italian Language in the U.S., students were engaged in a project that recorded the role of  the Italian language and culture in the “becoming American” story of Italian immigrants. This was inspired by Fred Gardaphé’s scholarship on the Italian-American immigrant experience, and a need to preserve these experiences since, historically, the Italian language was lost from one generation to the next. “The immigrants’ experiences were processed in Italian, and were they not recorded, not passed on from one generation to the next, it most likely was due to the impossibility of communicating such complex thoughts and feelings in a new language.”

My students participated in the archiving of the Italian immigrant experiences and the language of speakers by conducting inteviews and documenting them on the public Facebook page Italians of Greater New York. In the creation of content for this page, students analyzed the sociolinguistic features of Italian immigrants and posted their stories and pictures (imitating the highly successful Humans of New York phenomenon).  Here again, in addition to the incredible reach of the posts, the platform allowed us to appreciate the level of engagement of each story. Facebook users engaged with the posts, clicking on the read more link, commenting and sharing them (those features inherent to social media sites). For students, this level of engagement enhanced the learning experience even more.

One particularly poignant experience that resulted from this project  was the interview with Rosa Sergio-Pari, posted by her granddaughter. The post published in mid-November ended up being an unwitting public homage to Rosa, who passed away less than a month later. The student wrote to express how meaningful it was to have been able to record her grandmother’s story and share it publicly.

In honor of its thirtieth year, it behooves us to acknowledge that the World Wide Web continues to be an education game-changer. It is a sound pedagogical tool that can be used as a resource to expand language instruction and learning, with the additional advantage that it is a virtual environment where learners can showcase content they create. This leads to an enhanced learning experience because students produce, share and build knowledge collaboratively, under their teacher’s guidance and direction. Thanks to the Internet, the immediacy of the delivery mode and the wide online dissemination among an ever-broadening audience makes learning so much more meaningful.