ESA (European Space Agency) astronaut Samantha Cristoforetti seen here as Captain Janeway in the Cupola of the International Space Station. Cristoforetti captured the SpaceX Dragon cargo craft using the Canadarm2 robotic arm before handing off to robotics officers at Mission Control, Houston, Texas who worked to maneuver Dragon to its installation position at the Earth-facing port of the Harmony module where it will reside for five weeks. Cristoforetti points to the Dragon in this image taken on Apr. 17, 2015 shortly after grappling.

According to the United Nations agenda, there are nine March 8th in March 2017: nine full days dedicated to gender equality and the empowerment of women. The 61st Session of the Commission on the Status of Women (CSW61) is taking place at the United Nations Headquarters these very days, from 13 to 24 March 2017.  Representatives of Member States, UN entities, and non-governmental organizations from all regions of the world have been invited to attend the session and are now crowding the halls and meeting-rooms of the UN Headquarters.

The Commission on the Status of Women (CSW) is the principal global intergovernmental body exclusively dedicated to the promotion of gender equality and the empowerment of women. The CSW is instrumental in promoting women’s rights, documenting the reality of women’s lives throughout the world, and shaping global standards on gender equality and the empowerment of women.
In the light of contributing to mainstream a gender perspective in UN activities, La Voce di New York has picked two side-events which highlight the empowerment of Italian women in uniform and as entrepreneurs.

Wednesday, March 15 featured the side-event organized by Italian Ministry of Defense, “Per aspera ad astra. Women in the Italian Armed Forces and their contribution to the empowerment of local women in international operations”. The words by Roman philosopher Cicero — “through hardships to the stars” — have been held particularly suitable to speak about the empowerment of women inside the Italian forces.

At the end of the 1990s, Italy was the only NATO country only composed by men. Women started to get recruited in 2000, and nowadays Italian Armed Forces, together with Carabinieri Corps (military police), include 12,000 service women. The policy of the Italian Defense has required, since from the very beginning, that women be not excluded from any sector. As such, they have access to services, corps and military specialties. By performing the same tasks of their male counterparts, they have made the military defense — a man-only domain — complete. Per aspera ad astra epitomizes the path women have to go through to integrate into the military world and the obstacles they have to overcome, the many difficulties they have to go through. Thanks to their tenacity and resilience, today Minister of Defense is a woman, Roberta Pinotti, first female MOD of the Italian Republic.

Among the tangible examples of women’s empowerment in the military, Air Force Captain and pilot Samantha Cristoforetti, the astronaut who spent 199 days aboard the International Space Station during expeditions 42/43. Unfortunately Cristoforetti, who was supposed to join the panel, could not attend because of the snowstorm which prevented her from flying to New York City. However, she sent a message from the European Space Agency where she is currently employed.
After illustrating her duties on space — performing a number of scientific experiments which were relevant to her research, from physiology and life sciences, to physical sciences, fluid mechanics and material science; carrying out experimental protocols for a great number of international research teams; as well as serving as first flight engineer (sort of back-up of the commander) — Cristoforetti confessed what flying to space meant for her. “It was the fulfillment of a lifetime dream. I grew up in a small village in the Italian Alps, I was an adventurous child, very stubborn and curious about everything concerned with science-fiction. As I grew up, I got interested into science and technology and was very curious to find out how everything worked. And was interested in flying, of course.”

She stressed out the tough competitiveness she has encountered, and the character she developed out of the training she underwent. “We astronauts say that it is not much complicated to be an astronaut, but rather, to become one. Because of the competition. For a European like me it was a one-in-a-lifetime opportunity — when I applied there were 6 positions and applicants were 8,000. The character that I developed during the training and the experience on the station has certainly helped me a lot: I am talking about discipline, team-work, humility, resilience, appreciation of my limits, attention to details, followership and leadership.”
The second Italy-related side-event that stroke our attention was “Is there an added value to be a woman entrepreneur? And if we add the country brand?”, a meeting organized by FIDAPA BPW Italy with the support of the Italian National Equality Councillor, IFBPW Italy and key representatives from Italy, Lebanon, Unites States of America, Argentina, Brazil, Vietnam. 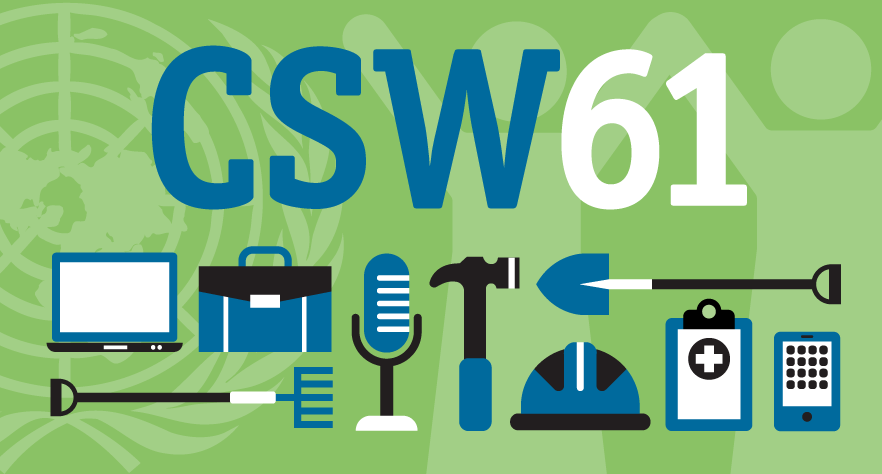 The meeting was moderated by Bettina Giordani, Entrepreneur and Communication leader for BPW Italy, and commented by Linda Laura Sabbadini – Director of research – Italian National Institute of Statistics.

A number of topics were addressed and discussed. Among the stimulating questions raised, what kind of startups do women prefer to initiate? Given most university graduate students are women, are we really exploiting all these potentials? What are the possible causes hindering this process? And regarding the “Made in Italy”, could it be used by women to become global innovative entrepreneurs?

Food for thought is not scanty on the UN table. With women being paid an average of 23 per cent less than men, the United Nations has launched a high-profile network to call for equal pay for work of equal value, the Equal Pay Platform of Champions, part of a broader UN International Labour Organization (ILO) and UN Women Global Equal Pay Coalition. Goal of the Platform is to call for increased support by proactively reaching out to decision and policy makers. “The gender pay gap reflects the unjustifiably diminished position of many women in society and helps to keep them there,” said UN Women Executive Director, Phumzile Mlambo-Ngcuka.

Unfortunately this is a phenomenon affecting also Italy, where women’s paycheck is 10,9% inferior than men’s. We want to be positive, though, and believe CSW, and the Equal Pay Platform of Champions, might help stop such a robust trend. After all, who would ever have thought that a little girl could challenge the charging bull of Wall Street?