Women’s March on Washington: Why We Are Leading the Charge

An Interview with Madison Thomas, a young coordinator of the Women's March on Washington

Exactly one hundred years ago, the Silent Sentinels picketed the White House for women's right to vote for two and a half years until the 19th Amendment to the US Constitution was passed.

The election of Donald Trump to the office of the presidency of the United State was contentious to say the least. Hundreds of thousands of people took to the streets across the country to protest a man they deemed completely unfit for the position, while hundreds of thousands of others mocked them for being sore losers. This designation may be fair if those protesters were simply upset because their hometown baseball team had lost the World Series or dinner was hamburgers instead of hotdogs. But that is not what is at stake. The culmination of this series of marches is perhaps the Women’s March on Washington, when on January 21st, 2017, an estimated 200,000 women and allies will descend on the nation’s capital to march on the first day in office for the Trump administration.

This historical event started when Teresa Shook, a grandmother from Maui, decided to create a Facebook group with forty of her friends, calling them to action following the election. Those friends shared it with their friends and so on until it grew to the size it is today. Despite being mired in controversy over the organizing team’s lack of diversity and inclusivity, the march has evolved to address these issues and to do its absolute best in representing all women.

Just a few days before the inauguration, I had the privilege of speaking with Madison Thomas, a sophomore from Seattle studying at Georgetown University in DC and the National Coordinator for College Engagement for the march. At the time of Trump’s election, Madison was working as an intern for Washington State Senator Patti Murray. After speaking with scared constituents, that’s when she knew that she had to do something:

What inspired you to get involved with the coordination of this march?

“After the election, I was shocked, so utterly disappointed in the outcome. At the time, I was interning for Washington Senator Patty Murray, and I spent a lot of time answering phone calls from constituents. People were calling in with such fear and concern about the future of the United States, and I honestly didn’t know how to respond. Everyone wanted to know what we could do, what was next? When I saw the Women’s March event on Facebook I knew that it was a concrete way I could get involved, have my voice be heard, and make an impact. I reached out to the organizers of the event with a suggestion to do college specific outreach, and offered to lead the effort.”

What has your experience coordinating this march been like so far?

“Coordinating the March has been a dream come true. The women I work with are absolutely the most incredible and inspiring strong people I have met. Every day I join our morning conference call and feel blessed to have the opportunity to know and work with these great role models. But, as you can probably imagine, it is also insanely busy and crazy. It requires tremendous coordination and communication at every step, every second of every day. So in short, coordinating is intense, but gratifying.”

What is the message that you want the march to send, and whom do you want this message to reach?

“Our goal is to bring every community that has felt threatened by the recent turn in U.S. politics into one united force that fights for equality and justice for all, especially the traditionally marginalized. The message we hope the new leadership of this country receives is that the United States is great because of our diversity, not in spite of it. We the women and allies refuse to stand down to hatred, fear, and bigotry that threatens our rights and our communities. This is not just a message for President-elect Trump, but to the new Congress, his new cabinet picks, and to leaders across the world. There are over 350 sister marches joining us on January 21st in all 50 states and in 40+ countries. This message goes out to every state congress, every governor, every local official, every global leader, every human being.”

How do you expect that Trump will react to this March on his first day in the White House?

According to you, what needs to happen in order for this march to become historical like MLK’s March on Washington was a half century ago?

“The March needs to go beyond just a one day event. Women’s rights are not simply something that will be fixed in a single day, by a single act of Congress. The fight must continue on past January 21st. With the amount of interest and passion we are perceiving from women across the U.S., it is certainly clear that this will not simply end in a week. However, we need to continue to be involved, to stand up, to organize if we want to see on going change.”

In 50 years, what would you like your grandkids to ask you about this march? and how will you respond?

“This is a great question. I would want them to ask me why it was important to March. If women have the right to vote, can hold virtually the same job as men, have the right to birth control, abortion, etc, then why do we still need to fight for women’s rights? And I would hope this was their question because they were growing up in a world where men and women truly are equal, and they just didn’t know anything different. My response would be that it is so much more than equality on paper. We march because thousands of women who are documented or undocumented immigrants don’t have that same right to vote. We march because a Latina woman gets paid 58 cents for a man’s dollar, an African-American woman gets paid 65 cents, a white woman gets paid 82 cents, and an Asian woman makes 87 cents. We march because women are discouraged from pursuing careers in math and science at a young age. We march because reproductive rights should be available to every woman, no matter her financial situation. We march because no woman should fear sexual assault or rape. We march because the LGBTQIA community should have every right to know and control their own bodies. We march so that every woman can continue to work and raise a family with affordable childcare, paid family leave, and sick days. We march for the many voices who have been silenced until this point.” 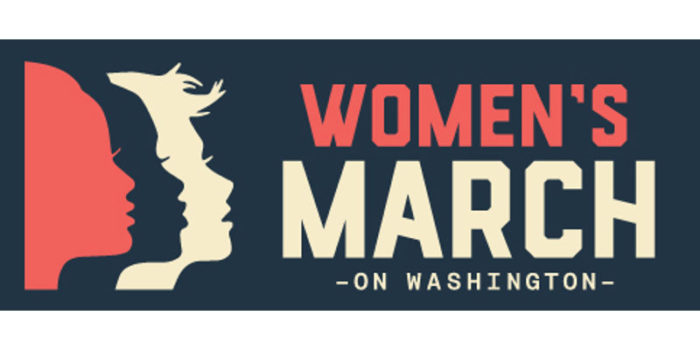 “Our sister March program is absolutely astounding and I most definitely believe it will contribute positively to the overall message. We understand it is financially not possible for many women to be in DC for the March so we are grateful to have inclusive opportunities in hundreds of cities across the country. The more people who participate the stronger message we will send. And like I said earlier, this message is not just for President-elect Trump or the U.S. Congress, it is for local governments everywhere.”