Journalism as a Vocation: Being Young Reporters in Dangerous Countries

Jamal Khashoggi’s story triggered the debate, but the the truth is that his case is not unusual at all. According to the CPJ’s year-end report, 53 journalists were killed around the world between January 2018 and December 2018. Reporters Without Borders counted 63 professional members of the press killed in the same period, and that’s not all: in the last 12 months, 348 journalists were imprisoned because of their job. These worrying trends could be added to President Trump’s usual attacks on media and members of the press, figures he has repeatedly labelled as “enemies of the people” and time and again accused of spreading “fake news”.

With this worrisome data in mind, we asked the young fellows who attended the Reham Al-Farra Memorial Journalism Fellowship at the UN last fall to tell us what being journalists in their countries – where the press works in difficult circumstances – is like, and what it means to them. The 3-week program is an important opportunity for young people (22 to 35) coming from developing countries and countries with economies in transition to cover the United Nations’ activities as correspondents. Mandated in December 1980 by UN General Assembly Resolution 35/201, the Reham Al-Farra Memorial Journalism Fellowship has been awarded to 596 journalists from 168 countries. Here are the comments of the first three young journalists who answered our questions. We hope more will follow.

What made you decide to become a journalist? At what age? 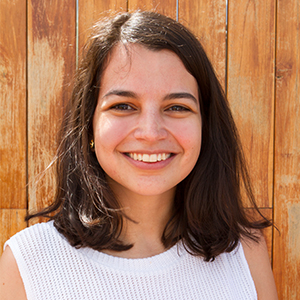 Julett Pineda – Venezuela: “I did not always know I wanted to be a journalist, but since I was 9 years old, I knew I wanted to write. That is why I studied Mass Communication and then went on to major in Journalism. Being curious about other people’s stories and finding ways to recount them made me want to pursue this career”. 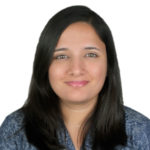 Urvashi Sarkar – India: “I decided to pursue a career in journalism when I was about 21 years old, which was roughly in the year 2007/2008. I was fascinated by the way in which newspapers in my country (India) covered the US invasion of Iraq, the ‘war on terror’, and the Gujarat riots in India. I began to see journalism as a means of somehow being part of larger movements of social justice”. 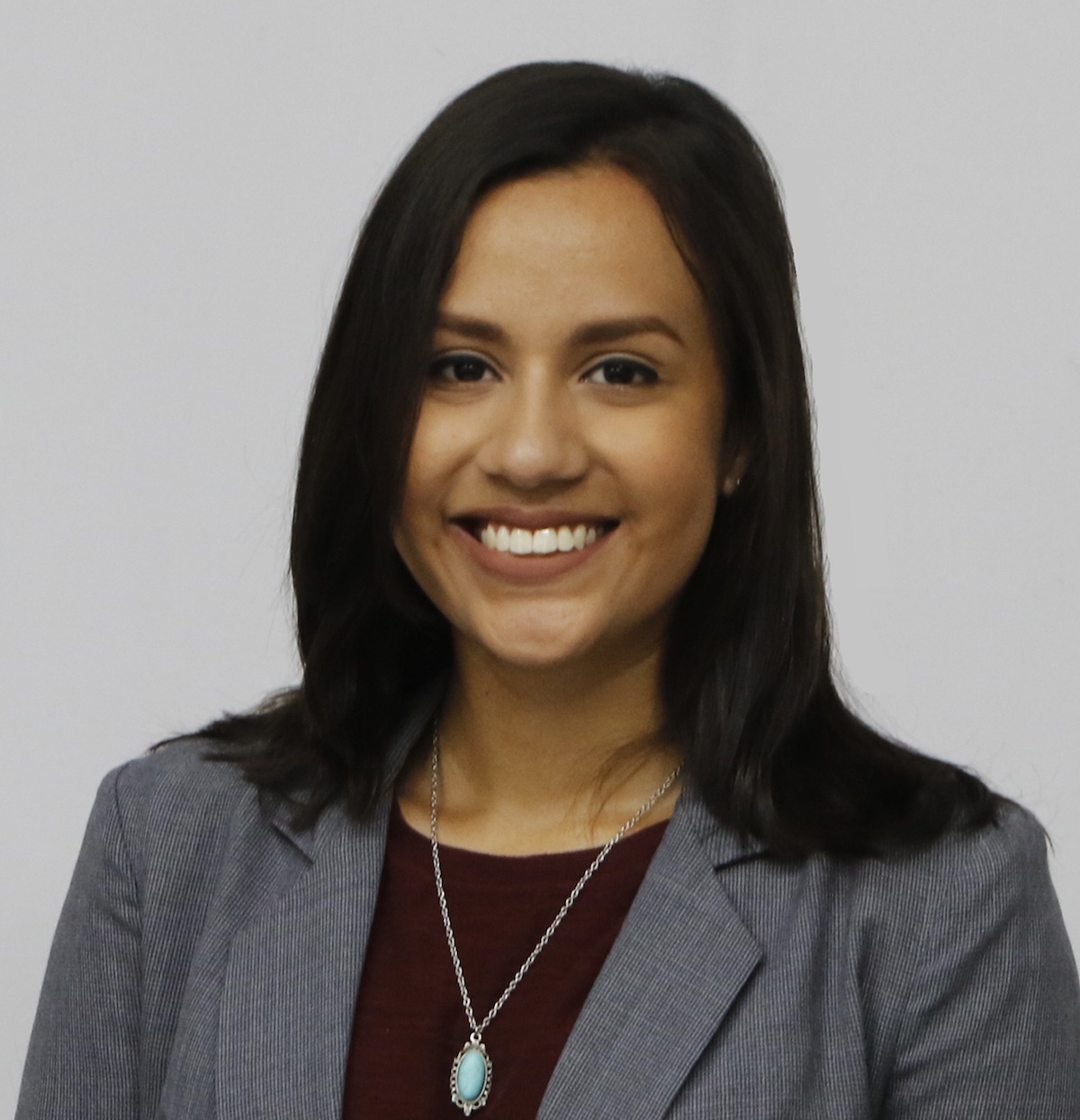 Noelia Gutiérrez – Nicaragua: “I liked to read since I was a little girl and eventually I started writing. So I became a journalist expecting to be able to write as a way of living, I was also passionate about telling stories. I think when I decided to be a journalist I didn’t have as many reasons to love this profession as I do now”.

Did your family encourage you in your efforts to make your professional dream come true?

Julett: “Not at all. My father encouraged me to work in advertising. I did a few internships in advertising agencies at first, but I felt it was against my nature. I enrolled in the journalism major and discovered I had made the right choice when I handed in my first article and saw I got the highest grade of the class”.

Urvashi: “Low pay scales, erratic work hours and hectic travel made them fear for me as a woman. They also had fears about my getting married! Who would marry a woman in such a profession?, they would ask. However, they never dissuaded me or made things difficult for me”.

Noelia: “They didn’t encourage me but they never stopped me. My dad wanted to be a journalist when he was young, so he was excited about me studying Social Communication. My mom, on the other hand, was worried because she thought it would be difficult for me to find a job (considering that I wanted to write and that there are only two newspapers in Nicaragua), and also because the salary would be very low (she was right, though!). The violence factor was not a worrying fact back in 2010, when I took my decision”.

What was the most difficult moment or the most sensitive decision you made in your journalistic career?

Julett: “It was April 19, 2017. I was in Western Caracas, a former chavista territory. I was covering an opposition demonstration during the Venezuelan political unrest of that year. I was taking pictures and running interviews when a paramilitary group began shooting and threw tear gas bombs. A teenager that was just a few steps away from me fell on the ground. He was bleeding and powerless, although he still had vital signs. I followed him to the hospital, where one demonstrator took him. I waited with his family outside the emergency room. He died after the surgery”.

Urvashi: “I think it was the decision to freelance as a journalist. It was the most difficult and the most important decision. Also, taking a principled stand to avoid conflict of interest while reporting – meaning turning down or not applying for lucrative jobs which would have impacted my independence. It was hard to say no to the money, but even more important to retain my independence as a journalist. Thankfully, I I had enough family support to choose the latter”.

Noelia: “I think the one I just took. I decided to quit my former job because I had no longer the space to write critical and deep features”.

What kind of measures should the United Nations take in order to improve the state of freedom of the press in the world?

Julett: “I’m not too optimistic about what the UN can do to improve freedom of speech, since most of the times member States would rather just ignore what the international community has to say. However, I think that the UN can press on this issue and hold a much more firm position on the subject. Maybe through the implementation of campaigns, populations will know how important journalists are for maintaining healthy democracies”.

Urvashi: “Initiate conversations with governments about the state of the press and hold them accountable”.

Noelia: “I think the UN could put more pressure on governments to commit to freedom of the press. In Nicaragua, despite all the statements the UN have released on the matter, the government has no intention of respecting journalists and media outlets who are critical and publish the reports of all of the human rights violations committed by the authorities”.

What are the main obstacles journalists and press must face in your country?

Noelia: “Since last April, as a result of the social crisis that Nicaragua has been experiencing, threats to press freedom have increased. Many journalists were wounded and beaten while covering protests, while others got their cameras, recorders and smartphones robbed. Another journalist, was killed on April 21st, in the coastal city of Bluefields, while covering protests against reforms to the social security system. His name was Angel Gahona, and both his relatives and witnesses of the crime accused the police, who was repelling protesters, of having shot him. There is also concern about the censorship faced by various media, especially television, which had been taken off the air to broadcast the protests. The Interamerican Society of Press stated that the freedom of press in Nicaragua is regressing. There is also a concerning problem regarding access to public information, as public ministry in the country provides information, documents or statistics on their administration if a citizen or a journalist requests it, despite the Nicaragua’s Law on Access to Public Information”.

After your experience in New York, is there something you envy about your colleagues working here, and something instead you don’t like?

Julett: “I think journalists (and people in general) take their democracies for granted and believe that such a hostile and complex scenario towards the press is probably never going to happen. When I was covering the UN I really envied how easy it was for my colleagues to get official information from their countries’ officers, even Primer Ministers or Presidents would be willing to give interviews. The representatives from my country did not even answer my question during an informal press conference, although I was not expecting any different treatment just because I was in New York”.

Urvashi:  “If you mean, how I feel about colleagues working in New York as a city – it’s obviously a city that is kind of glamorous and coveted. If one is living and working there, I suppose one simply has access to many more opportunities. However, the entire dynamic is pressure from an anti-immigrant sentiment that the US has increasingly succumbed to under President Donald Trump. What I don’t like is that the city is fast and competitive, and can be intimidating at times. If you mean working at the UN in New York, it looks like a fabulous organization to work and grow in. To be at the centre of international politics in every possible way is extremely exciting. Also, I heard about the generous employee benefits to UN staff and about the opportunity to learn languages! On the flipside, it is so huge that one can feel lost”.

Noelia: “I think that due to not having access to public information, it is precisely the thing I envy about the correspondents working at the UN. The UN seems very open in sharing their information, giving open press conferences and not blocking the work of journalists, even when they ask uncomfortable questions. What I didn’t like is that many times you don’t have access to human stories in the UN, you mostly come in contact with diplomats and UN officials. So, basically, you cover the decisions taken by those who have the power, but you don’t get to know the people who will in fact be affected by those decisions”.

Have the last news about journalists being killed, even in diplomatic territories, (as in the case of Jamal Khashoggi) deterred you from pursuing your journalistic career? What do you think about these events?

Julett: “The news on Jamal Khasshoggi are awful, as well as the deaths of journalists in other contexts. But instead of scaring me, it only makes me want to raise my voice even louder. The powerful cannot make the truth disappear by killing a reporter”.

Urvashi:  “Yes, in general, I have heard about journalist deaths in different countries, including my own. It is scary obviously – the thought you can get killed for doing your job, but it has not deterred me”.

Noelia: “Not really. As for now, I am committed to keep reporting and writing”.