Palazzo Strozzi, Young Americans, and the Renaissance in New York

Two afternoons a year, with nary the need to leave my office at the Casa Italiana, I meet with the future of America—an America that I like more and more with each passing year; an America that moves me, intrigues me, and gives me hope. These are the days in which, along with some of my colleagues, I meet with a select group of 11th grade high school students—finalists of the Renaissance Award organized by the Palazzo Strozzi Foundation US in partnership with the Departments of Education of New York City, Los Angeles, and Detroit, and strictly reserved to public schools in underprivileged neighborhoods. The award includes a month-long sojourn in Florence – where students take coursework in Renaissance studies – excursions to other major Italian cities, and, by extension, the promise of a prestigious academic recognition that students append to their resumes to make them more competitive college applicants.

Students from public schools around the country – 10 from New York, four from Los Angeles, and four from Detroit – are chosen via a rigorous selection process that considers academic performance and requires a substantial essay about the Renaissance and an in-person interview in which we discuss the students’ papers and hear their stories.

The creator and backer of this initiative is Mario Calvo Platero, Chairman of the US Foundation and for 30 years a legendary name in economic and financial journalism, now a columnist for La Stampa.

Mario, who was born in Tripoli, Libya and studied in Turin and at Columbia University, has spent the majority of his career in New York, understanding well the importance of what a study abroad experience can have in radically changing a young person’s perspective. The main value of the award, however, is the nine participating schools’ commitment to integrating into their curriculum a lesson plan dedicated to the Renaissance, with specific readings and activities. The topics change each year and have ranged from Machiavelli’s politics to Alberti’s architecture, from the female Petrarchan poets to Galileo’s scientific revolution. In this manner, hundreds of youth ages 16-17 come into contact with the most extraordinary moment of intellectual and artistic advancement in human history, a topic normally ignored in American schools.

But let us go back to the afternoon I spent together with these kids, during which I had the task of choosing a winner, and, inevitably, excluding the others. They are only a little younger than my students at New York University, but you can tell that they belong to a different crowd: they arrive dressed elegantly, a bit intimidated, with their eyes wide open and curious. My university students are a bit sloppy, with their torn hoodies and wrinkled shirts, and they always have an air of boredom about them.

The finalists are the crème de la crème of their schools, and that is clear from the look of pride on the faces of the teachers who accompanied them, as well as from their stellar report cards and their essays. They come from all over the world; they are almost all immigrants or children of immigrants, and they belong to all races and religions. Almost all of them speak a language other than English fluently. Many of them will be the first ones in their families to attend college or university.

During the interviews, we discuss the essays the students presented for the contest, and we talk about their families, their countries of origin, their hopes, and their ambitions. Their stories are extraordinary ones, of parents that readily sacrificed themselves for the promise of a better life for their children, and of children that must work after school and take care of their younger siblings; they are 15 year-old kids that feel an extraordinary sense of filial duty towards their families and their communities.

Two of their responses will help you understand why getting to know them gives me hope for the future. Mario asked one student of Algerian origin – and self-identified agnostic – what the Italian Renaissance meant to him. Without blinking an eye, the boy responded that he comes from Hippo, the city of Saint Augustine, the African who introduced Plato to the Italian Humanists. 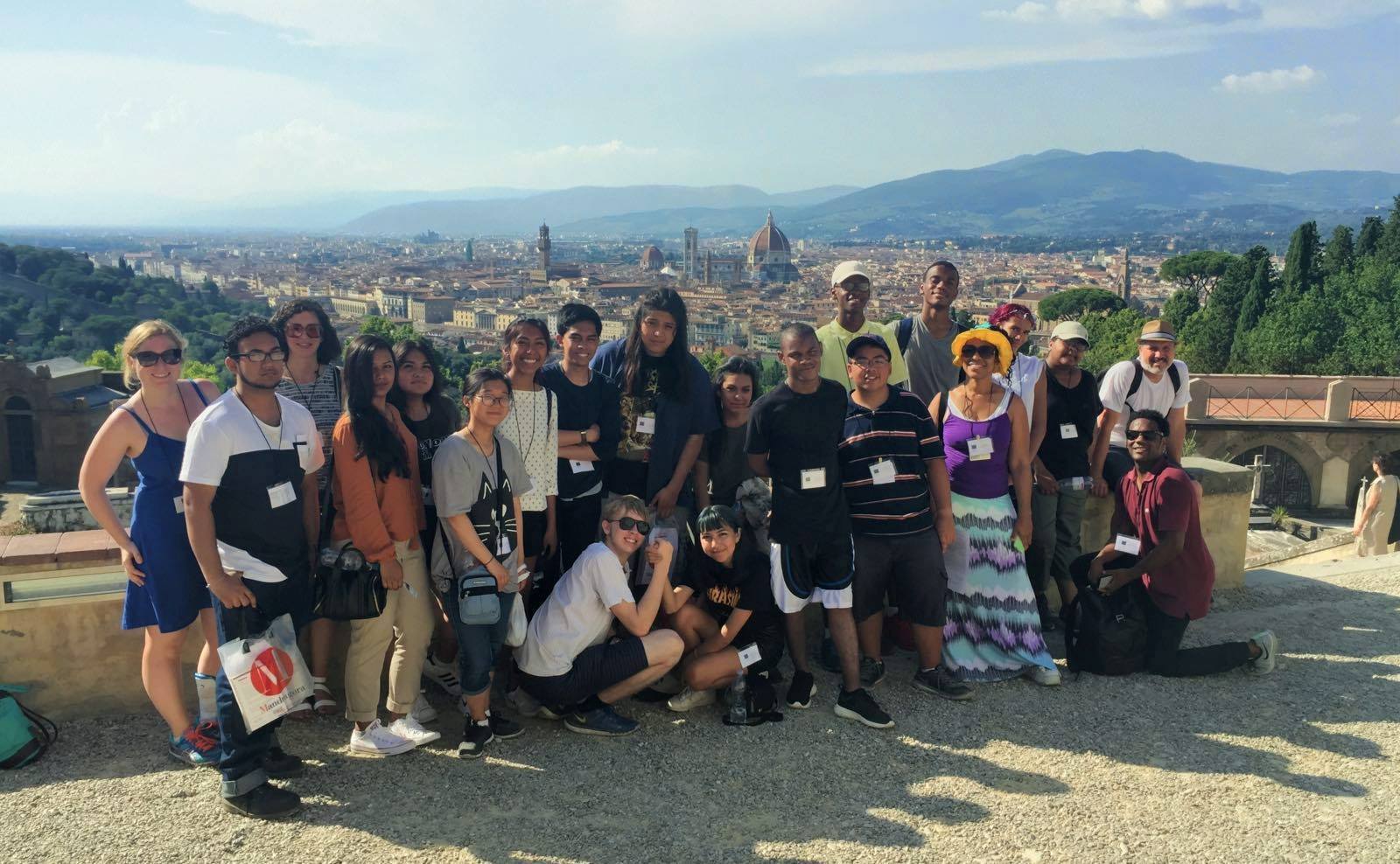 One young girl who lived in Sri Lanka until she was eight years old (“always barefoot,” as she liked to point out), when asked the same question, replied,  “In my country of origin, we were all of the same color, we all spoke the same language, and we all practiced the same religion; it was my Middle Ages. In New York, I get to know people of different origins each day; many languages are spoken; everyone professes the religion that they want. New York is my Renaissance.”