Stranded World Cup fans who hoped to stay in “fan villages” are being offered full refunds by the Supreme Committee in charge of organizing the event, according to ESPN. The “fan villages” were constructed to allow World Cup fans to attend the event cheaply. For $200 a night, fans believed they would be staying in a converted shipping container furnished with basic amenities. But then they got some surprises. One Twitter user compared the “rooms” to kennels. 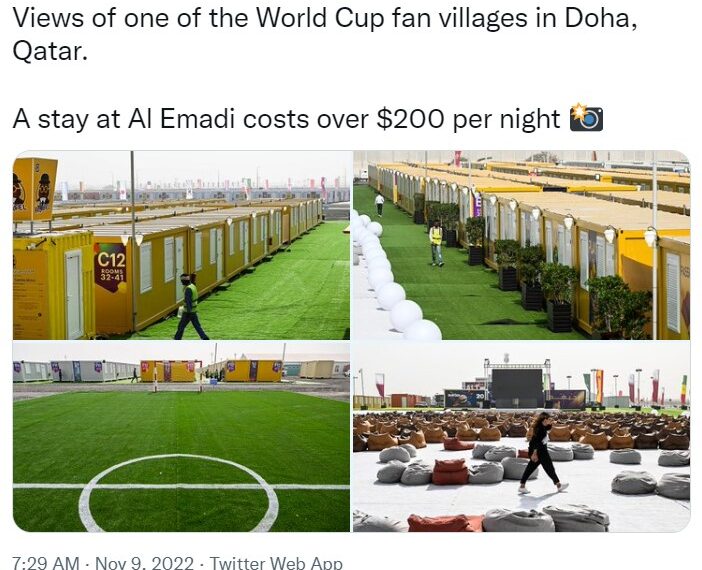 When those fans arrived, they discovered some of the sites were unfinished and still under construction. After outrage and complaints, the Supreme Committee, which is run by the Qatari government, issued full refunds to those fans.

The Committee issued a statement to ESPN, saying the sites were managed by “private entities” and did not meet “required standards that were advertised to fans.”

Before the World Cup started, pictures emerged showing what appears to be a finished — or nearly finished — “fan village.”

Måneskin’s Success: “We Were Musically Right for People Around the World”

Chinese Balloon Shot Down Over Atlantic Ocean by U.S. Military