Visiting Calabria: Do All Democracies Have a Mafia?

A scientific expedition to Calabria conducted by scientist Oleg Maltsev, who has been studying the Italian criminal tradition for more than 20 years

Crossing the borders of the Calabria region in Southern Italy, you find yourself in another world. From a legal viewpoint this territory is a part of the democratic Italian Republic, but if one begins looking into the region from the inside, he will realize soon enough that the Italian tricolor and the mark in the passport are nothing more than a formality. 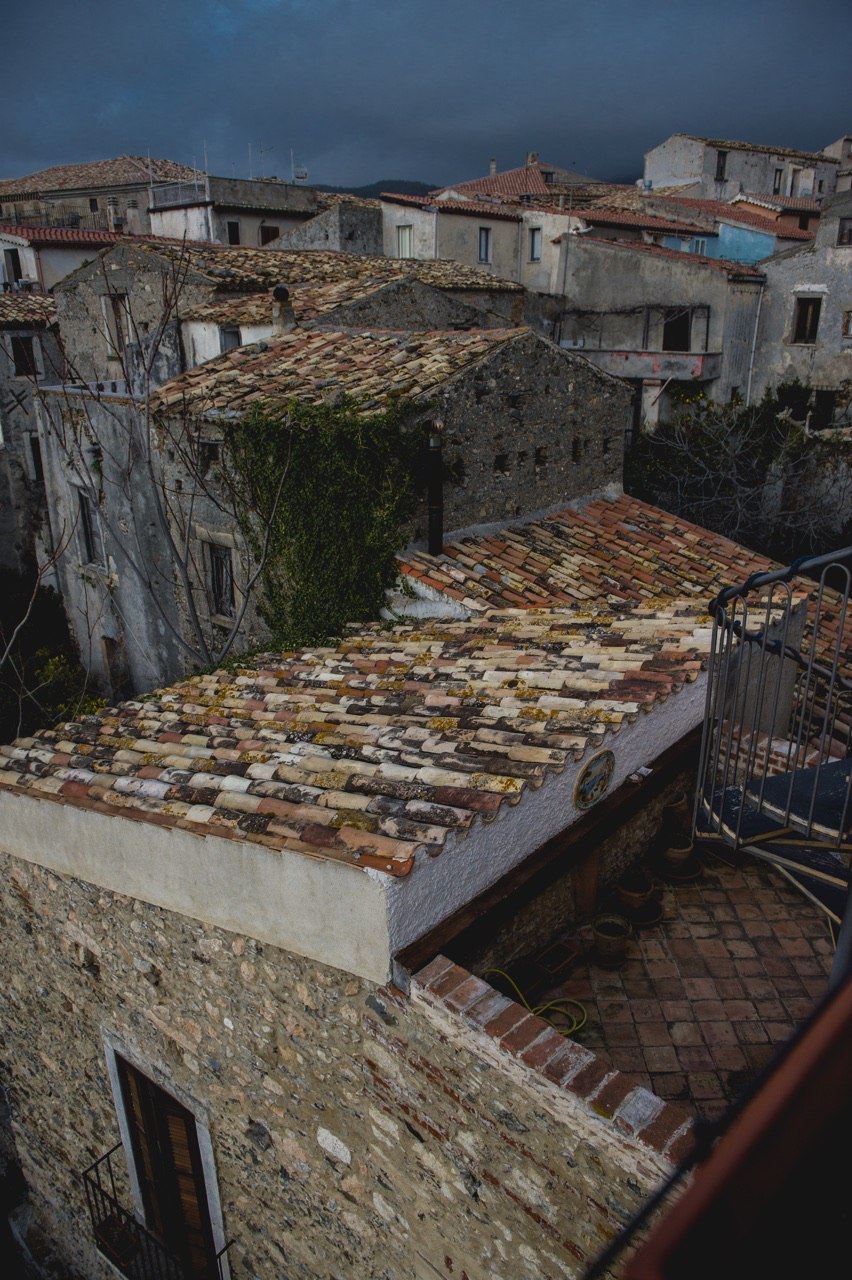 For many centuries this territory was ruled by the Spanish crown – Aragon, Habsburg, Bourbon.  Only the last five generations since 1861 of the Calabrians are Italians as such. To be exact, this was the birthplace of the most powerful criminal subculture which continues functioning up until this day. Despite hundreds of arrests and excommunication of members of this organization, ‘Ndrangheta is actively spreading to new territories and expanding its spheres of influence. The question that has to be answered is what is behind this phenomenon and the invulnerability of its organization.

In March 2018, a scientific expedition to Calabria was conducted with the guidance of scientist Oleg Maltsev, who has been studying the Italian criminal tradition for more than 20 years. The head of the Research Institute “World martial art traditions and criminalistic research of weapon handling”  has studied the mechanisms of formation, interaction rules, tactics, strategy, as well as mechanisms of expanding the influence and secret power of the Calabrian criminal subculture. One of the conclusions of the expedition, with which most of the inhabitants are likely to disagree, was the reason for writing this article:

“Wherever there is democracy, there will always be a mafia. Needless to say, the Calabrian criminal subculture has a number of unique features that distinguish it from the Camorra and the Palermitan Mafia, but it is democracy that in my opinion forms conditions for the existence of such structures” (Ph.D. Oleg Maltsev)

At the mayor’s office in a small picturesque Calabrian city of Fiumefreddo- Bruzio there is a tablet which says: “No entry for ‘Ndrangheta.” At the same time, local residents joke that members of this organization simply do not have any reason to enter this building as they are already inside.

It was this very city where the base of Oleg Maltsev’s expeditionary group was located for two weeks. In order to understand how safe it is to conduct research of ‘Ndrangheta one may simply take a look at the case which took place in Slovakia, February 2018. Jan Kuchak was the first journalist killed during the existence of the state. By a strange coincidence, Jan Kuchak was investigating ‘Ndrangheta. However, judging from the fact that Oleg Maltsev managed not only to organize the field research, but also to hold a number of meetings with insiders and personally communicate with specialized experts of the top level such as Antonio Nicaso and Enzo Ciconte, the approach and goal of the study of the Ukrainian scientist differed significantly in contrast to the journalist from Slovakia. 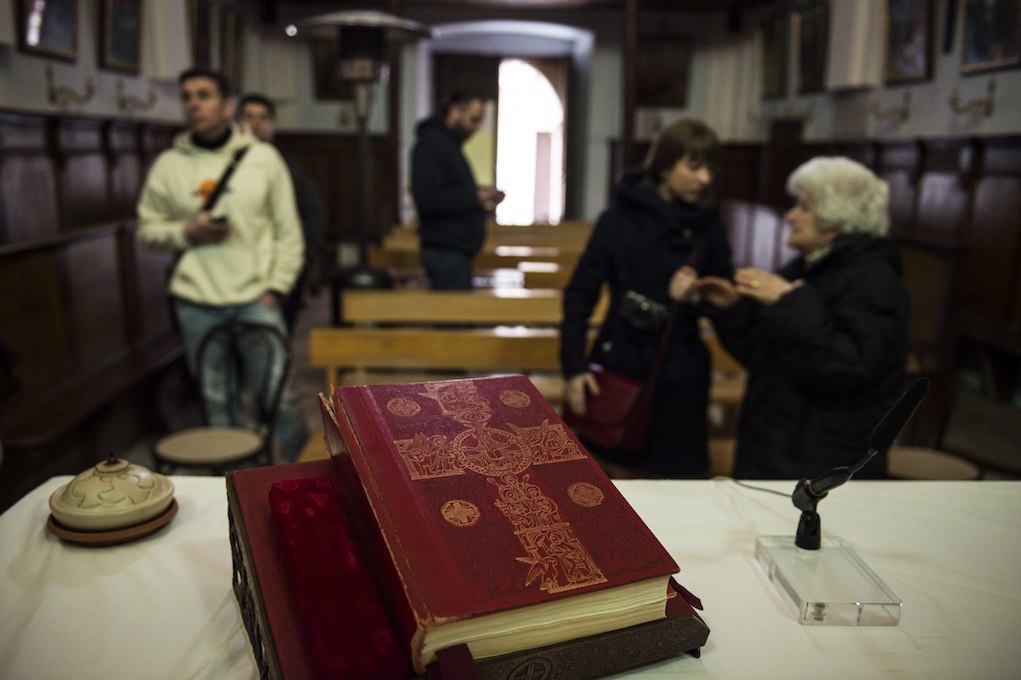 “Deceptive silence. Perhaps this is the most suitable way to describe the Calabrian subculture. There are people who can open a wide variety of doors with a single word, on the other hand. During the course of 2 weeks we were able to conduct a number of studies and in particular, we were convinced that this organization has a strictly vertical hierarchy, based on the most severe discipline”

Incidentally, this kind of management and discipline is not peculiar to the inhabitants of the southern Italy. This approach is more typical for “pedantic” and disciplined Germans, which is not surprising, as it turned out that the title of the Calabrian organization has German roots. Etymological study of the word “‘Ndrangheta”, which even sounds in a non-typical way for the melodic Italian language, has become one of the results of the scientific expedition of Oleg Maltsev. According to the Ukrainian scientist in this case, we are dealing with the amalgamation of three German words: “dran” + “ich” + “da” = “’Ndrangheta”. The meaning of the ‘Ndrangheta carries the following: “A circle with no way out.” Interestingly, in the German sources one will not find the word “‘Ndrangheta” either, which is not surprising. It is unlikely that there will be a figure found in the history of southern Italy who would be equal to Charles V – the King of the Holy Roman Empire, the core of which was Germany. It is the combination of the German chivalry system, the Spanish chivalry system and the Franciscan order system that underlie the unique Calabrian criminal subculture.

No one doubts that for many years ‘Ndrangheta has successfully managed to resist the state system. Despite the fact that most experts agree that the roots of the organization go back to the early Middle Ages, the first documented references to its activities come at the end of the XIX century – with the formation of a modern Italian democratic republic. It is conceivable that the secured and prepared paramilitary criminal structure, due to discipline and class greatly exceeds the strength of disparate groups of state power. If you add to that the fact that all members of ‘Ndrangheta are tied by blood ties, then it becomes clear why the state has not been capable of neutralizing this structure for one and a half century. Representatives of the Calabrian criminal subculture are accustomed to a certain lifestyle and they do not intend to change their way of life. Known author and expert Vatslav Borovichka came to a similar conclusion in one of his books. As a result of lengthy research, he stated that the mafia is nothing more than a way of life for the inhabitants of southern Italy.

This opinion it’s not shared by Stefano Vaccara, scholar of the mafia at Lehman College CUNY and editor of La Voce:

“The mafia as such cannot exist without the state. This is what distinguishes it from an ordinary organized crime. The mafia effectively forms ties with the state and various state structures… Imagine an aquarium with fishes, the fishes would be the mafia and the water would be the policies and the politicians of a democratic state. If you pour out the water from the aquarium, the fishes die. The period of Benito Mussolini’s rule is a bright demonstration of what happens to the fish when even half of the water is poured out of the aquarium, as a consequence of which only one political party had remained in the state” (Vaccara).

It has to be noted that Italy with such criminal subcultures as the Camorra, the ‘Ndrangheta and the Palermitan Mafia is a promising field of research for scientists. All these structures are concentrated in southern Italy, however, their spheres of influence have long expanded to the territory of Western European countries, and every continent. Attentive readers may have the following question: if a democracy creates conditions for the existence of mafia structures, how could Italian criminal subcultures arise during the monarchical rule of the Habsburgs or the Bourbons? The whole matter is to do with the reasons for an establishment of a particular organization and its purpose, which may change with time depending on external conditions. There is an opinion that the starting point of criminal subcultures in southern Italy is the year of 1861, appearance of a new Italian state on the world map for the first time. Nevertheless, a simple experiment shows that for in order to establish a structure like the ‘Ndrangheta, it will take far more than one or two generations. To be certain about this, an attempt, a purely theoretical one, to establish a criminal organization founded on blood ties with a rigid discipline and a vertical hierarchy would give an unambiguous answer.

The research of Ph.D. Oleg Maltsev indicates that the XVII century was the time period of ‘Ndrangheta establishment. The uprising of the Netherlands, “Thirty Year War”, the Portuguese branch, the Segador rebellion, Mazagnello revolt in Naples and a series of uprisings in Sicily all required decisive actions from the Spanish crown to stabilize the situation. Besides in the course of the research there was a hypothesis that concerns the personality of the founder of the Calabrian criminal subculture. According to the scientist Oleg Maltsev, Francesco Vilarditta is that legendary figure, who was the maestro of Neapolitan fencing, which was in the foundation of the victorious military art. It is the Neapolitan style of Spanish fencing, having passed through the expansive wars of the Spanish Empire on three continents, was rightly considered to be a “flower of all nations” (Treatise on Neapolitan Fencing. La Vera Scherma Napolitana, Nicola Terracusa e Ventura, 1725). It is also important to note that since the XVII century this very style of fencing has been taught in the mainland of southern Italy exclusively as a closed system and it was passed exclusively within the family. But, this is the topic of a separate series of publications.

By all means it is not possible to comprehensively answer the main question about the direct relationship between democracy and the mafia in one article, but even a classical history points out to a number of examples of the XX and XXI centuries in favor of such a pattern. Obviously, a rigid and non-democratic form of government excludes the possibility of the existence of anti-state formations like the Calabrian criminal subculture.  However, the absolute majority of people today are striving for a democracy, which entails splitting into many groups and an inevitable conflict of interests. This is what creates a condition for corrupting representatives of the authorities and using them for their own purposes by representatives of criminal structures. It is obvious that totalitarianism as the direct opposite of a democracy is also another extreme. The solution to the matter of dealing with the mafia is likely to be found in the middle of these two extremes.