Social Unrest in America: The Police as a Force for Armed Counter-reformation

On June 3rd, on the sixth day of nationwide protests sparked by the vicious murder of George Floyd in Minnesota, the country’s paper of record, The New York Times, published an op-ed by Senator Tom Cotton under the headline, “Send in the Troops.” In it, the Republican senator from Arkansas called for U.S. military forces to exact an “ overwhelming show of force” against the protests in order to “restore order to our streets.” “These rioters, if not subdued,” he wrote, “not only will destroy the livelihoods of law-abiding citizens but will also take more innocent lives.” 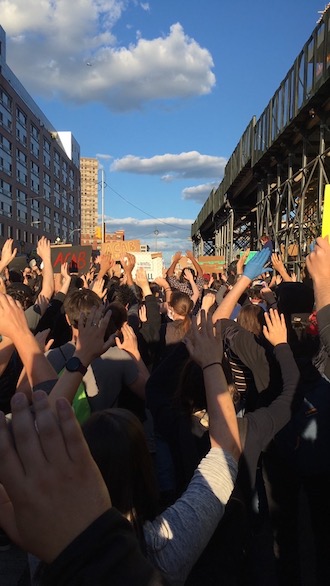 For those who have witnessed the week’s events primarily from the vantage point of their living rooms, the prospect of an American politician calling for the radical and authoritarian suppression of dissent in his home country may have come as a shock.

But for those who have been in the streets, it is easy to understand Cotton’s demands as the logical next step in an ongoing and escalating campaign of state violence. Search Twitter with the keywords “NYPD,” “protests,” or “police violence,” and you’ll find a barrage of brutality: an NYPD vehicle plowing into a group of protesters in broad daylight in Brooklyn; people scrambling up the sides of a highway to escape a fog of teargas in Philadelphia; a young man standing peacefully with his hands up in surrender until a cop tears off his mask and pepper-sprays him directly in the eyes; a nine-year-old girl in Seattle screams after she is attacked with mace.

There are videos of the cops slamming a man with a car door before driving away, gratuitously beating people with batons, tasing people in their vehicles, and inflicting critical head wounds. There’s the story of the frontline medical worker beaten by the cops when he took out his phone to record them as they chased a kid down the street. There’s the footage of police in Louisville vindictively destroying protester’s stockpiles of water, milk, and other supplies used to protect against tear gas.

In New York, a newly-instituted, city-wide curfew—the first of its kind since 1943— has given the police carte blanche to crack down on protests the moment the clock strikes 8 pm. As a result, protesters found themselves trapped on the Manhattan Bridge for over an hour on Tuesday night, kettled in by police barricades on both sides. At the Barclays Center in Brooklyn, the NYPD blocked the entrances to the subways so that even those protesters trying to abide by the curfew had no way out. In the nation’s capital, unmarked federal troops with no known affiliation and no visible badges have joined local police in patrolling the protests. As of Monday, June 1, there were as many members of the National Guard mobilized in American cities, including New York, as there are troops in Syria, Iraq, and Afghanistan combined. 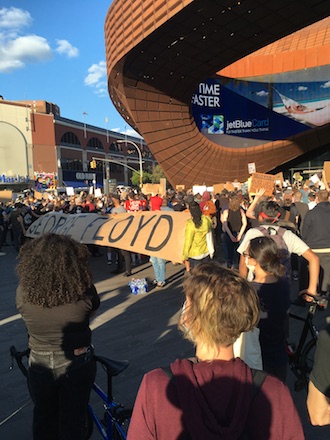 Even amidst all this, the American mainstream media and establishment politicians have struggled to identify the police for what they are: well-armed counter-protesters. Thousands of people across the country have rallied in the streets to call for the end of policing itself, and yet the prevailing narrative, taken to its extremes in the form of Senator Cotton’s op-ed, insists that the cops are necessary at these protests to “protect”…something; that they are a neutral arm of “law enforcement” meant to keep some kind of “peace” rather than a highly politicized faction with a vested interest in putting down these demonstrations and all they stand for by any means necessary. As with much of American political discourse, the recognition that people’s politics are formed by what they stand to gain or lose, remains taboo. Even in cities with Democratic leadership like New York, politicians continue to speak as if vigils and peaceful demonstrations will suddenly erupt in violence at the drop of the hat, and that the police are then necessary to “keep the peace,” when every indication is that the police themselves are the cause of violence at these demonstrations.There is no reckoning among leaders with the fact that the police have every incentive not to protect those calling for their abolition. Cotton’s push to further militarize American cities may be craven and cruel (and the Times should not be let off easy for choosing to run a piece advocating such violence), but it’s only a maximalist iteration of the reality on the ground: cops across the country have proven that people are the enemy, and they will be treated as such. 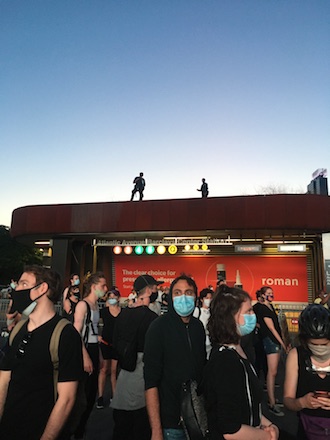 Black Americans have always understood that modern policing is first and foremost a project of maintaining and fortifying the power of the police, while “protection” of any kind is, frankly, beside the point. For the rest of the country, it took not only the horrific deaths of George Floyd and Breonna Taylor to recognize and resist this reality, but also the failure of the state to “protect” at a massive scale, as the Coronavirus pandemic leaves tens of millions without health care, homes, or livelihoods. In New York, these simultaneous crises have provided yet another arena for state violence to play out: while reporting has shown that as many as one out of every six NYPD officers has been infected with Covid-19, the cops still refuse to wear masks as they come in contact with protesters.

The call to defund, disarm, and disband the police has grown even more urgent since protests exploded in Ferguson, Missouri, and then around the country. In the intervening six years, the focus on “killer cops,” “bad apples,” and “police reform” has proven to miss the root of the problem. Minneapolis, where George Floyd was killed, had one of the most “reformed” police departments in the country—they had racial bias training, body cameras, and were one of the pilot cities in then-President Obama’s post-Ferguson multi-million-dollar “National Initiative for Building Community Trust and Justice,” which promoted “community-based” policing thought to be more progressive than the broken-windows, stop-and-frisk regime in cities like New York. None of these things prevented George Floyd from being killed at the hands of police. It is clear then that if we are to have some organization whose job it is to protect communities— really protect them—we have to start from scratch. 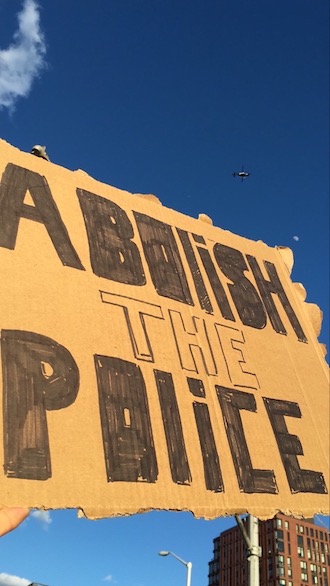 There is a growing recognition that violence prevention comes from the work of professionals like social workers and the resources provided by a robust welfare state. For every dollar that New York City gives to policing in its city budget, it gives only 29¢ to homeless services, 25¢ to the department of health, 19¢ to housing, 12¢ to youth programs, and 1¢ to workforce development. Wouldn’t it be something of a no-brainer, if our desire is the safety of New Yorkers, to redirect some of the NYPD’s multi-billion-dollar treasure chest to programs for housing, employment, education, and health care? And if we started down that path, might we discover that in fact the vast majority of policing work could be replaced by the work of professionals and agencies that do not also turn whole neighborhoods into militarized war zones?

Re-thinking an institution that appears immutable is no small task, but it is the order of the day. Millions of people around the world demand it, and if our leaders in politics and the media wish to avoid malpractice, it is time for them to face this challenge head-on rather than turn away from it as they have done for so long.