“Shattered Madonnas”, Hosted by ILICA, Focuses on Violence Against Women

The presenters urged women to speak out about sexual abuse, violence and gender discrimination

On November 2,  ILICA  (Italian Language Inter–Cultural Alliance), the John D. Calandra Italian American Institute, and NOIAW (National Organization of Italian American Women) co-hosted Shattered Madonnas, a panel discussion on “the effects of domestic violence and the lives of women in Italy and the United States”.

The focus was on women within the Italian American community, and on how physical, psychological and financial abuse are traumatic experiences which jeopardize a victim’s ability to achieve personal and professional ambitions.

The discussion was moderated by Professor Donna Chirico,  Secretary of NOIAW and President of ILICA, and by Professor Anthony Tamburri, Dean of the Calandra Italian American Institute.

The panel speakers included Vincenza Dante, Lucia Rivieccio and Vincenzo Marra. Ilaria Marra and Susanne Sabatino were meant to participate, but due to personal reasons, they were not able to join.

The title of the panel pushes back on the idea that a woman must behave in a manner that  society, which is dominated by men, considers appropriate. As Vincenza Dante said, “we live in a world where a woman is either a Madonna (Holy Mary) or a Puttana (a whore). When a woman cannot be a Madonna then she is left wondering what she can be.” The thrust of the presentations was that it is time to destroy the image of a woman as a Madonna, pure and innocent, and let women decide for themselves who they want to be.

The second speaker, Lucia Riveccio added that the imagery of a suffering Madonna has been used for decades to relegate women to being housewives and subservient to men. Men associated a suffering Madonna to the “mater dolorosa,” a woman in pain. The fragility conveyed by a suffering woman helped to create the idea that they are not capable of facing the outside world alone, and they needed the protection of a man. Through this means, they achieved dominance. 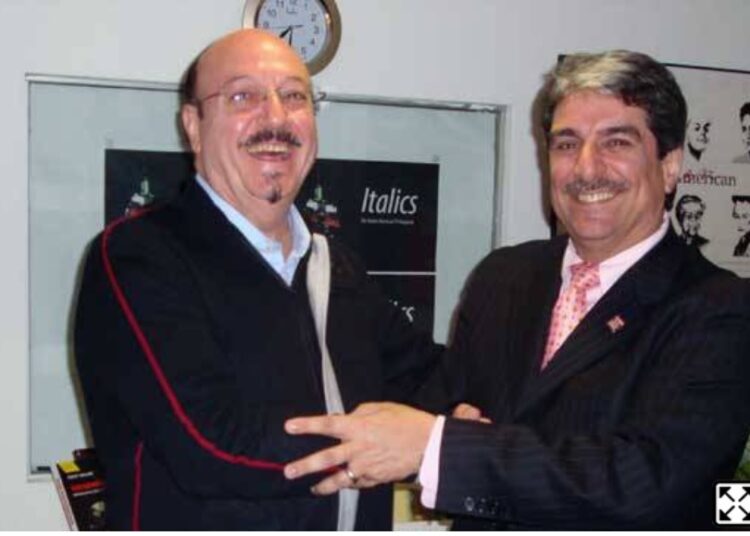 Picking up on this, Professor Donna Chirico gave some insight on how this mentality, that made it possible for women to be abused for decades, is still present today and how it still acts as a powerful force to discriminate against women in the workplace, in academia and in daily life.

All the panelists posed important questions and raised awareness on the issue of gender violence through their life experiences and their professional work. Despite her absence, Ilaria Marra was still able to make her voice heard, through a written statement that was read by Donna Chirico. Ilaria’s poignant account retraced the struggles that she is facing as a woman who is trying to flee an abusive marriage and the complexity of doing so in Italy.

When the panelists opened the floor to questions, significant contributions to the talk were made by members of the public that included Silvana Mangione, President of the CGIE (Consiglio Italiani All’Estero), Fred Gardaphé, Distinguished Professor and scholar of Italian American studies, and Joseph Sciame, President of the Italian Heritage and Culture Month Committee.

One woman spoke up– for the first time in her life– about her experience with sexual abuse. She recounted how, growing up in the US in a Calabrian family, she was very close to her maternal grandmother. She then movingly shared the recollection that her beloved grandmother’s brother abused her and all her cousins, but that, sadly, the family was quick to hush up the abuse in order to protect the family name from humiliation. The trauma was visible on the weeping face of the victim throughout the very emotional testimony.

In response, Vincenzo Marra expressed his view on the importance of speaking out about abuse to banish shame, a feeling that otherwise the victims carry with them. He continued by affirming that everyone should work towards building a society where outing abusers is considered not an act of extraordinary courage but a normal way of denouncing a crime.

Born and raised in Florence, Italy. After graduating in the United Kingdom with a BA in History and Politics, she is now pursuing a Master's degree in Journalism at Columbia University in New York. Her interests range from politics to social issues and metro reporting.

A New York Moment: Banquet on the L Train To Celebrate Thanksgiving

“Babylon”, Most Anticipated Movie, Gets Bombed Before its December Release