This Sunday, October 2, one such social club, the Borgetto Cultural Association–founded in 1962 in Astoria, Queens–gathered at Russo’s on the Bay. A small town of approximately 7,000 inhabitants in the metropolitan city of Palermo, like so many villages that experienced heavy emigration in the 20th century, the town probably counts more “Borgettani” in the US than in their native place.

Social clubs have played a huge role in the survival and eventual integration and success of all immigrant communities. The cliché is that unity is strength, and no one needs to build their strength as much as vulnerable immigrants who land in a country where they may know no one but their own kinsmen and townspeople; where the proverbial American Dream frequently started out as a nightmare.

The Borgetto club’s website  underlines two crucial purposes that such associations have always served since the days when waves of immigrants were coming to American shores from towns and villages all over Italy.  The first is “to celebrate our heritage” and the second is to “bring the new generation of Italian-Americans closer to home.” In this case, religion also features prominently among the values being handed down, and gatherings such as this evoke a time when religion—and traditional values in general– went unchallenged.

The Borgetto Cultural Association has a special devotion to their patron saint and the sanctuary dedicated to her, the Madonna del Romitello. Each year, at the end of August, the Borgetto Cultural Association holds a three-day feast in Astoria, where religious devotion joins culinary, musical and social traditions to form a bridge between their homeland and their American home. As in the old days in their native village, they carry the statue of the Madonna del Romitello in procession through the streets of Queens. Spectacles such as this have indeed become rare nowadays but historically, they served a crucial function to create cohesion among immigrants, not only from Sicily, but from the many regions of Italy. 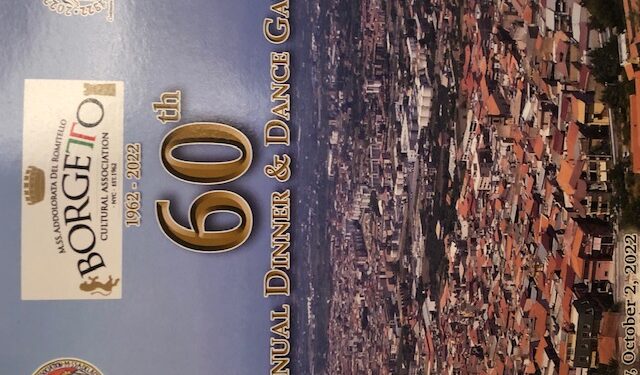 The waves of immigration that led to the founding of such associations ended sometime in the middle and latter half of the 20th century, but the desire to hand down that set of values and traditions remains. Even though younger generations of Italian Americans become more and more distant from their roots, gatherings such as these stand out as valiant efforts to make sure that the roots don’t die out completely.

The Borgetto Cultural Association, a member of the umbrella organization of the Federation of Italian American Societies of Queens, set a number of very specific goals for itself. According to one of the original founders and former president, the first of these is to march in the Columbus Day parade, an event that is very close to their hearts as being emblematic of the Italian American community’s proud heritage. Another, meant to promote political engagement, which is always crucial if the ethnic group is to achieve generational uplift, is to organize a voter registration drive. And of course, as befitting any social club, to organize sports activities and social events such as the one they celebrated on Sunday afternoon at Russo’s on the Bay. Equally important, the club established a scholarship fund to provide assistance to economically disadvantaged students, as education is the key to community progress.

Such a well-rounded and comprehensive set of goals, encompassing cultural, religious, political, economic, and educational activities, could well be a model for other organizations to follow. Today’s world, and today’s Italian immigrants, bear little resemblance to those of 1962, when the Club was founded, but the bedrock principles remain the same: family, religion, social responsibility and hard work. And to add a little spice and fun to life: companionship, good food, good music and a little dancing.

Harry and Meghan Invite Netflix into Their Most Intimate Moments for $$$

Scientific Technology Can Dim the Sun to Cool the Earth, but at What Price?

In the Wake of Protests, Iran Abolishes Morality Police