“What oil is to Texas, real estate is to New York,” the mayor told a crowd of real estate professionals at The Real Deal’s New York City Showcase + Forum, noting the significant chunk of city revenue the industry provides.

In remarks at the Metropolitan Pavilion, the mayor criticized the Department of Buildings, echoing previous comments that the agency’s bureaucratic processes stand in the way of projects. He said the agency should “roll out the red carpet” for building professionals. 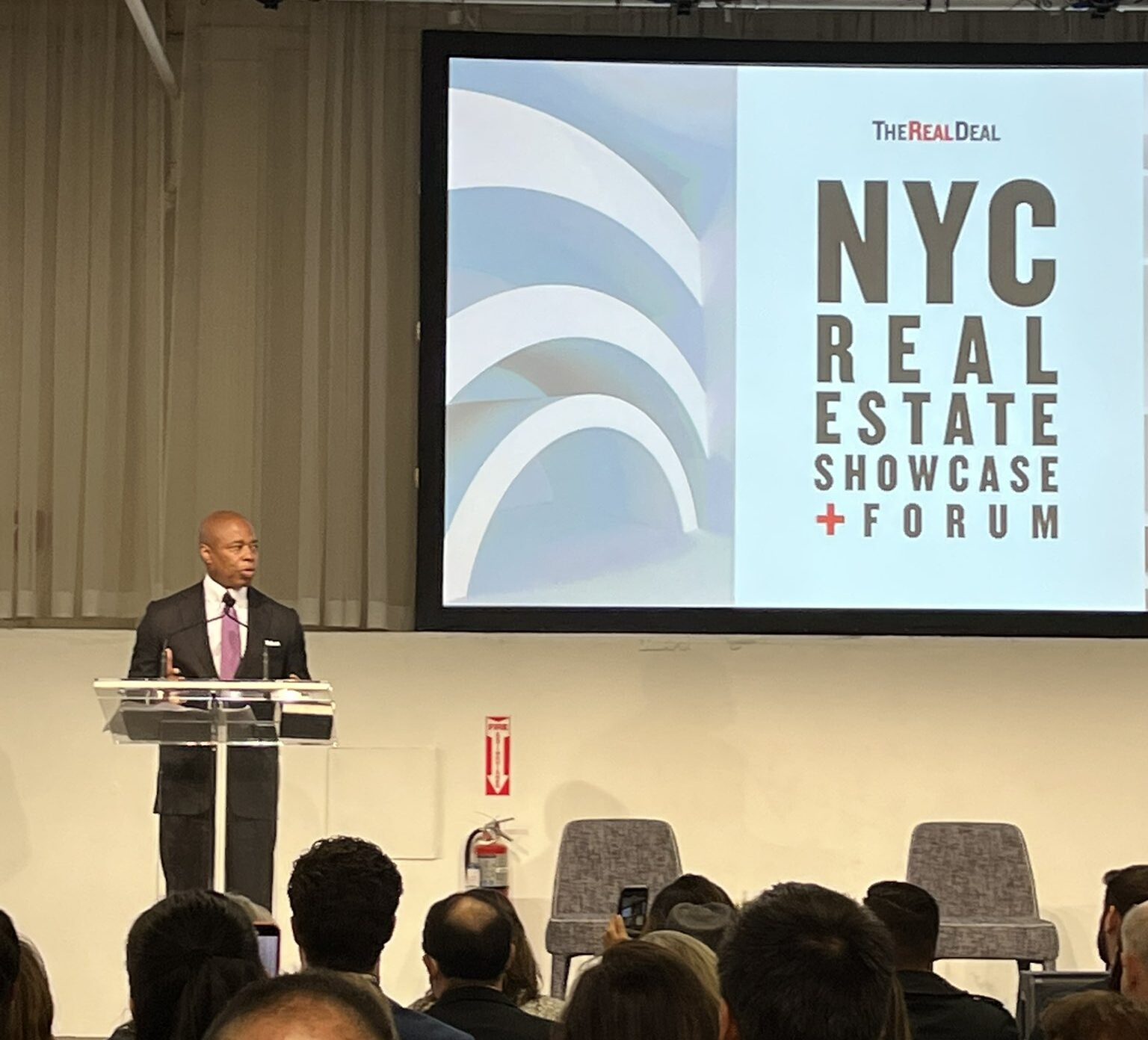 “You would think we were doing something wrong by wanting to build in our city,” said the mayor, who recently named former City Council member Eric Ulrich as commissioner of the agency.

The mayor dismissed previous questions about whether he was in “the pockets of real estate,” an allegation that arose during his campaign, and called out his former opponents for what he saw as a lack of focus on public safety, noting that he “burned candles” and prayed they would not win the election.

The mayor also reiterated his calls for New Yorkers to return to the office, recycling a joke about workers being “afraid of Covid on Monday, when you were at the nightclub on Sunday.”

He also offered words of encouragement to the dealmakers in the audience. “Stop being ashamed of being a capitalist,” he said. “This is who we are.”