Luigi Congedo is a young Neapolitan Venture Capitalist based in Silicon Valley.  He is part of an Italian exodus being one of the hundreds of thousands of Italians who moved abroad in the last 10 years: 90% of them have a college degree and they go abroad in search of economic stability and meritocracy.

Our interview starts with the account of how he landed in Silicon Valley. Unlike a typical VC who is often kind of dry, Luigi is very approachable and warm.

Luigi’s international journey started when his graduation in Economics from the prestigious University of Napoli Federico II was approaching.  As he was feeling restless for excitement his prospects of an easy, maybe even dull, job in his hometown were haunting him.

“I got my first taste of living abroad as a participant in the ERASMUS program, where I had the opportunity to live in Spain.”  This very successful European Union (EU) student exchange program, since its foundation in 1987, has sent 3 million EU students abroad.

“After a short period working in Italy, I moved to Dublin for a few months. In Ireland I got in touch with top technology companies and fell in love with the tech space. For this reason after few months I decided to move to Silicon Valley”.

During his Master in International Business at the Hult International Business School in San Francisco, Luigi explains, he also had the opportunity to live three months in Shanghai: “After my Master’s I was determinate to stay in California and to work with startups. I built some startups experience, worked with developers and top technology companies, and after 2 years in SF I joined BootstrapLabs.”

BootstrapLabs, is an emerging Venture Capital firm, that was founded by entrepreneurs for entrepreneurs. The company invests in early-stage, potentially disruptive technology startups with global potential. 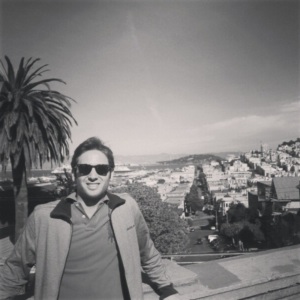 Luigi’s experience in Silicon Valley has been eye-opening: “I love it here and, since my arrival, I tried to understand what makes this relatively small area, the world’s leader in innovation. My conclusion is that there are a lot of unique elements that makes S.V. the best place for tech entrepreneurs and some of the most important ones are these three: meritocracy, cultural diversity and multidisciplinary skills.”

Luigi goes on to explain:  “Here people, regardless of their age, are respected for what they know and what they have accomplished.  In Europe, if I go to a meeting, I can see that sometimes they find it hard to believe that I am a decision maker, because they consider me too young.”

In the Old World there are influential groups that preserve their existence based on attributes other than competence and performance, age being one of them.  This hinders the potential for the exponential growth of startups.  New ideas might start there but often, to succeed, founders feel the need to come to “the Valley” were they are taken seriously.

Lately, Luigi’s VC firm,  BootstrapLabs, has shifted its focus almost entirely on Applied Artificial Intelligence (AI) to a variety of sectors including Internet of Things, FinTech, Future of Work, and others.

Despite the apocalyptic predictions appearing in recent articles, about AI causing the end to human civilization, Luigi is more optimistic:   “I do not have a crystal ball, but in my opinion, in the foreseeable future AI will be replacing pieces of job functions making us, the human workers, more efficient. AI is about augmenting human capacity and I don`t think we are anywhere close to replace human intelligence with machine intelligence”

Of course, some jobs will become obsolete as a result of AI adoption but, as it has been happening with other technological advances, this new approach will create new jobs and free people from boring or meaningless tasks.

“For instance,” Luigi says: “I already, personally use some AI applications: one is Amy the AI personal assistant from x.ai  which schedules meetings for me.   I also use a couple of AI-based personal shopper assistants. The more I interact with them, the more they get to know my preferences and show me the most relevant products tailored to my taste.”

I also created a portrait with an AI application. (See Photo ) 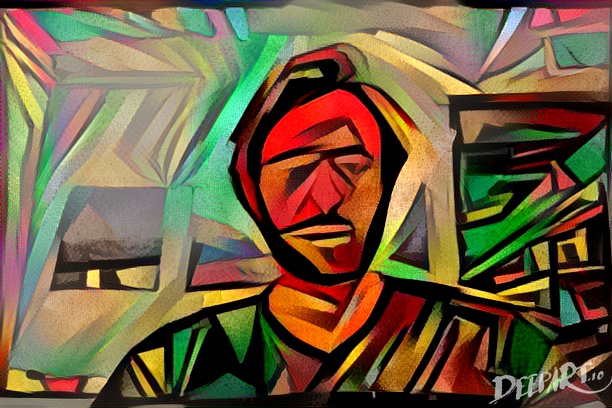 Luigi’s firm is among those pioneering investments in this sector, and next month it will inaugurate its first Applied Artificial Intelligence Conference  bringing together over 400 AI industry and Scientific leaders.

“I really enjoy this area of computer science, and I believe it will be thriving over the next few years.  The decrease in the cost of computing power, the maturity and accessibility of core AI technologies and the explosion of data – 90% of world’s data has been generated over last 4 years and experts predicted around 50x growing rate of data production in the next 10 years– are key indicators of an upcoming new wave of innovation! Which we believe will be driven by AI applications.”

And the beauty of this new revolution is that now, even a small team with limited capital can build a product using AI!

As a Principal at BootstrapLabs as well as a mentor at many startup events in USA and Europe, Luigi meets many early stage startups. And when they ask what could they improve to get access to US VC capital, his answer is pretty straightforward: “In a nutshell: less talks, more action andmore preliminary research. The true story about successful companies? 1% idea, 99% execution.”

He encourages young entrepreneurs not to be afraid of failure. Many successful Silicon Valley founders succeed only after many failing attempts. Failing is synonymous with learning.

“In Italy – says Luigi – I meet many young, often brilliant, entrepreneurs, but there are some critical factors that curtail their ability to really succeed in this fast-paced environment For instance, sometimes I meet founders who talk at length about their new idea but when it is time to execute they hesitate. This can be fatal in a world where timing is essential.”

In other cases, he meets some founders who have limited knowledge of the English language and this prevents them from researching in depth their idea.  So they end up replicating an existing innovation.  If they had done more preliminary research, they could have better directed their efforts and talent in developing something with real potential.

“Simplify as much as possible your idea, target big markets (Billions of US Dollars in size), be passionate and be an expert about your market, and build something that people need!” Direct feedback can sometimes be hard to digest, but feedback is also the key to improvement, and candid advice from a Venture Capitalist is rare, treasure it.

“Sextortion”: The Rapidly Rising Threat on the Internet Facing Your Teenager